More and more large organizations are becoming interested in Linux, but experts at the recent Embedded Linux Conference say the operating system needs more work in the areas of interoperability and security.

For example, Intel Inc. is working on a subset of Tizen an operating system based on the Linux kernel and the GNU C Library implementing the Linux API. Tizen targets a wide variety of devices including tablets, smart phones, PCs and infotainment devices. Intel is working on Tizen for its Internet of things initiative.

Linux is seen as a “gateway” to IoT but Dominique Le Foll, a Linux expert for Intel, told electronics industry news site eetimes.com, Intel is having difficulties with Linux.

He said it is still “extremely challenging to run Linux on less than 8Mbytes of memory…we don’t know where the compromises are yet.” 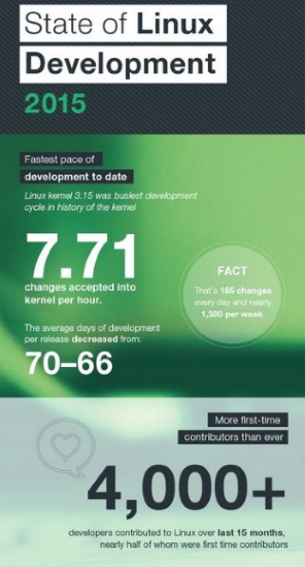 Le Foll said Intel is “miles away from where it should be” with regards to security in Linux because although the tools are present, people understand very little about them.

Deepak Saxena, a long-time Linux kernel developer, said the Linux base is still fragmented with millions of lines of system on chip (SoC) codes. Many of these codes are still behind corporate firewalls.

“We will end up with more and more forks in the kernel…and they all need to be patched he said,” he said. “At some point there could be a critical failure because as you back-port features into older kernels you may create new edge cases you don’t even know exists.”