With a plethora of digital wallet methods, financial cyber risks such as fraudulent transactions, extortion, denial of service attacks, and credit card fraud have become frequent. These cyber-attacks are capable enough to cause systemic risk to the financial sector. Some of the most prominent cyber-attacks that the financial sector has witnessed so far have impacted critical economic infrastructures. These attacks have the potential to deliberately destroy hardware, and to compromise sensitive business data to adversely impact services.

Cybersecurity threats impact almost all the components in the FinTech ecosystem. They may pose potential exposure to various financial institutions that use technology, FinTech startups, and financial customers in the FinTech ecosystem. Technology developers also need to be aware of potential cybersecurity threats that can exercise vulnerabilities and flaws in the technology that they are developing.

This article uncovers various cybersecurity threats in FinTech and provides deep insights into categories and actors causing those threats. It also introduces the threat modelling approaches used by financial institutions to mitigate the countermeasures of these threats. The content in this article is based on the extensive research work behind our book titled “Understanding Cybersecurity Management for FinTech” published by Springer this year.

FinTech has witnessed various types of cyber threats, including malware, data breach, denial of service, cyber fraud, and phishing. Data breach and distributed denial of service (DDoS) are the two most common cyber-attacks that have been recorded on a regular basis in the timeline of cyber risks and threats on FinTech across the globe. Figure 1 below highlights the reported cyber-attacks and threats that incurred major monetary losses to financial institutions and banks between 2007 and 2019. It is evident that cyber threats pose severe risks to FinTech over the years.

Threat actors are the unauthorized individuals or groups behind launching cyber-attacks on any organization. Although the alleged personnel remain the same for every organization, a special workforce of attackers is observed for financial institutions. Some of the prominent threat actors identified based on the history of cyber-attacks targeting the financial sector are listed below:

FinTech threat modelling follows a structural approach to identify, categorize, and analyze cyber threats. The primary objective is to accurately identify potential threats that can exploit vulnerabilities in the FinTech institution and result in huge financial losses. It attempts to reduce the vulnerabilities and their impact on the FinTech institution. It can be performed as a proactive or reactive measure.

A proactive threat modelling approach is also called a defensive approach that aims to defend the FinTech institutions against cyber-attacks. It is based on predicting threats so that early warnings can be issued, and resources can be secured. However, it is impossible to predict all cyber threats in real-time.

A reactive threat modelling approach protects against adversarial attacks by taking appropriate actions to prevent a cyber threat. It is also known as the adversarial approach, and includes ethical hacking and penetration testing techniques.

FinTech institutions focus on assets, attackers, or software to model threats. A selection of an appropriate structural approach entirely depends on the type of FinTech, its size, and investment in business.

This article introduces cyber threats in the FinTech industry and answers the question: why are we afraid of cyber threats? It puts forward various threat categories, threat actors, and approaches to model threats. The next article of the Understanding cybersecurity management for FinTech series explores cybersecurity vulnerabilities and risks in FinTech. 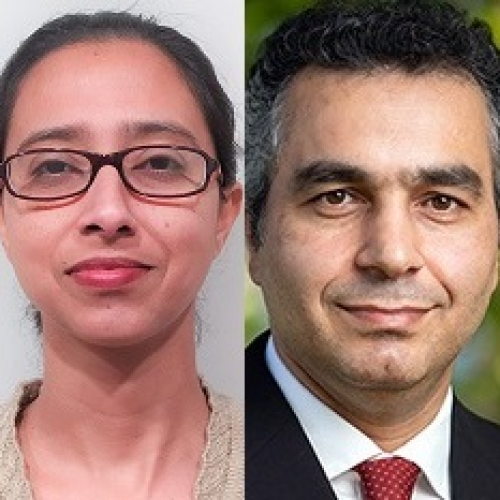 Gurdip Kaur and Arash Habibi Lashkari
***Dr. Gurdip Kaur is a Risk Advisory Consultant at Deloitte Canada. She is a CompTIA certified CyberSecurity Analyst (CySA+) experienced in detecting and analyzing malicious network traffic. She is the author of the book titled “Understanding Cybersecurity Management in FinTech” published by Springer in 2021. She has also contributed to the “Understanding Android Malware Families (UAMF)” series to the IT World Canada this year. She has published several book chapters and research papers with reputed journals. She has contributed to three public cybersecurity datasets generated at the Canadian Institute for Cybersecurity, University of New Brunswick. She was awarded two gold medals in Bachelor of Technology and a silver medal for the research project on high interaction honeypots. Her research project on malware reverse engineering was selected among top 10 projects in the National Student Project Contest in 2015. She is strongly inclined towards cybersecurity, malware analysis, vulnerability management, incident reporting, and SIEM solutions. ***Dr. Arash Habibi Lashkari is an Associate Professor in Cybersecurity at York University and a senior member of the IEEE. Prior to this, he was an Associate Professor at the Faculty of Computer Science, University of New Brunswick (UNB), and research coordinator of the Canadian Institute for Cybersecurity (CIC). He has over 23 years of academic and industry experience. He has received 15 awards at international computer security competitions - including three gold awards - and was recognized as one of Canada’s Top 150 Researchers for 2017. He also is the author of ten published books and more than 100 academic articles on a variety of cybersecurity-related topics. In 2020, he was recognized with the prestigious Teaching Innovation Award for his personally-created teaching methodology, the Think-Que-Cussion Method. He is the author of 12 published books and more than 100 academic papers on various cybersecurity-related topics. He is the founder of the Understanding Cybersecurity Series (UCS), an ongoing research and development project culminating with a varied collection of online articles and blogs, published books, open-source packages, and datasets tailored for researchers and readers at all levels. His first two books in this series are entitled "Understanding Cybersecurity Management in FinTech - Challenges, Strategies, and Trends" and "Understanding Cybersecurity Law and Digital Privacy - A Common Law Perspective," published by Springer in 2021. The first online blog series of UCS entitled "Understanding Canadian Cybersecurity Laws", was recognized with a Gold Medal at the 2020 Canadian Online Publishing Awards (COPA). His research focuses on cyber threat modeling and detection, malware analysis, big data security, internet traffic analysis, and cybersecurity dataset generation.