By Betsy Atkins, CEO and Founder of Baja Corporation

Probably the last thing Uber needs right now is for anyone recount their recent setbacks, but the company’s quick, Icarus-like fall from grace tells us much about how tech companies going through hyper growth can go wrong. By 2016, the ride-sharing tech firm was a segment leader, present in 570 cities worldwide and with 12,000 employees. Yet just since the beginning of the year, Uber’s company culture, marked by “sharp elbows,” has rapidly become a liability. The key is to preserve the great parts of the culture that drove their market leadership; relentless focus on results, and now augment the culture for their larger scale: i.e. add an appropriate level of processes and gender rebalance.

First there was the video of CEO and founder Travis Kalanick chewing out one of the company’s own drivers. The latest and biggest blowup has been lawsuits alleging a toxic company culture of sexual harassment.

The past few weeks saw attempts to clean up the company’s work environment. Former U.S. attorney general Eric Holder was hired to study the cultural woes at Uber, and early this week released a 13-page list of reforms. CEO Kalanick has taken a leave of absence, and several new board members are on the job, including Ariana Huffington. But these steps forward saw a step back when, at a corporate meeting unveiling the Holder report, board member David Bonderman made a joke about women on the board (for which he resigned on Tuesday).

As a woman who’s served on many major tech company boards, much of this sounds like old news. Women in technology industries still push against a silicon ceiling when it comes to career advancement and cultural issues. Research from the Society of Women Engineers found that 20 per cent of today’s engineering school graduates are women, yet just 11 per cent continue working in the field.  Women in IT leadership roles (such as chief information officers or technology VPs) are just nine per cent of the total, according to a survey from Harvey Nash/KPMG.

Among Silicon Valley’s boardrooms, the numbers are also bleak. Among the Valley’s 150 largest tech firms, only 15 per cent of board members are women (versus 21 per cent in the S&P 500).  A Korn Ferry study of the top 100 U.S. tech firms saw just three with women as CEO/chairman, and five with a woman as the board’s lead director.

Changing any corporate culture is a challenge, but I’ve found bringing diversity to the tech industry is even trickier. Fast-growth “unicorn” companies can quickly outgrow their founding, venture-based startup corporate governance, and find themselves facing Uber-like crises with too few adults in the boardroom. Yet in my own experience, I’ve seen technology companies nurture diverse, inclusive cultures, starting with a few one-on-one approaches from the boardroom. Here are four steps the tech industry can take to foster a better, more inclusive workplace for women:

While Uber’s woes make the news, they can also serve as a spark for making the support and advancement of women in your company a boardroom mission. The talents of these women are a strategic asset to companies, and there is a growing body of research proving that firms who nurture and empower their gender diversity gain in revenues and adaptability. In any company, balance sheet results are always found downstream from company culture. When it comes to reshaping that culture to be welcoming to women, the boardroom is the ideal place to start. 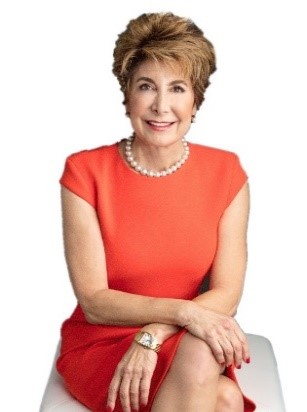 Betsy is a 3-time CEO, serial entrepreneur, and founder of Baja Ventures. She has co-founded technology, CPG, and energy Companies.  She is an operational executive leading companies to successful IPO/acquisitions.

Betsy is also a corporate governance expert with an eye for making boards a competitive asset. Her corporate board experience is vast and covers multiple industries. She brings contemporary knowledge of Digital Technology to reduce costs, drive efficiency/productivity; using AI machine-learning analytics to streamline processes, engage consumers and drive growth.

Betsy has CEO and directorship experiences in America, Canada, France, China, and Sweden. She brings more than 25 years of experience as a CEO, and in C-suite positions in global, large cap organizations.