I spoke to Wendy Bahr, Cisco channel chief for U.S. and Canada, in Miami yesterday about the search for Ross Pellizzari’s replacement.

Bahr is really pumped about the final remaining candidates. She has interviewed all of them, and she says each one would make a great channel chief. Angelo Valentini is currently the acting channel chief in Canada.

Bahr said that the final group, rumoured to be four, is diverse and she was pleased with that aspect. The search is in its final phase and it will be Cisco Canada president Nitin Kawale’s call to make.

If a women executive is chosen for this job it will be the third time in the last year where a women has succeeded a man in the traditional male dominated position. Shannon O’Connor took over for Gary Isaacs at IBM Canada, while Mary Whittle is Avaya Canada’s new channel chief. And of course Lora Gernon has been the channel director at Microsoft Canada for a long time, helping to pave the way for female executives in the channel.

I realize that Kawale has a difficult decision on his hands. Cisco Canada’s channel chief, whoever it is, will have to try and boost SMB channel capacity. That will be a difficult assignment given that several of its larger solution providers and service provider partners are already targeting the SMB today.

The channel chief search process has taken a long time, in my opinion, but I can see it form Kawale’s perspective. Better to wait and respect the process so that you have the right person in place, whether male or female it should not matter. No company wants another Frank Fuser situation on its hands.

For any channel executive, this is a dream job to have. Yes, it will be a time consuming and at sometimes thankless job, but the rewarding part will be the chance to work with the channel community that really respects Cisco and to implement a channel program and strategy that is second to none in the market place.

A lot of quick hits before I go, so bear with me.

You might remember a blog I wrote about Ramona Thibeault, HP’s vice president of SMB sales. She told an audience of around 300 solution providers in San Diego about a government tax cut on unsold hardware. Well, she has retired from HP. Meaghan Kelly has replaced her.

Cyberoam, a company that provides identity-award unified threat management, is coming to Canada through a distribution partnership with Interwork Technologies.

Dedicated Computing announced that Ed Allen will be taking on the role of executive vice president.

Hosted Solutions, a data centre and MSP, has appointed Noreen Allen as vice president of marketing.

And last, but not least, Finjan has named Dennis Wolf its new executive vice-president and CFO, replacing Ezra Sofer. 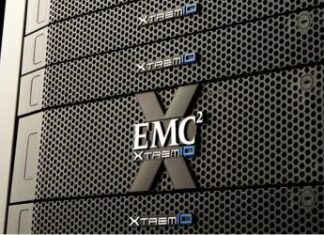