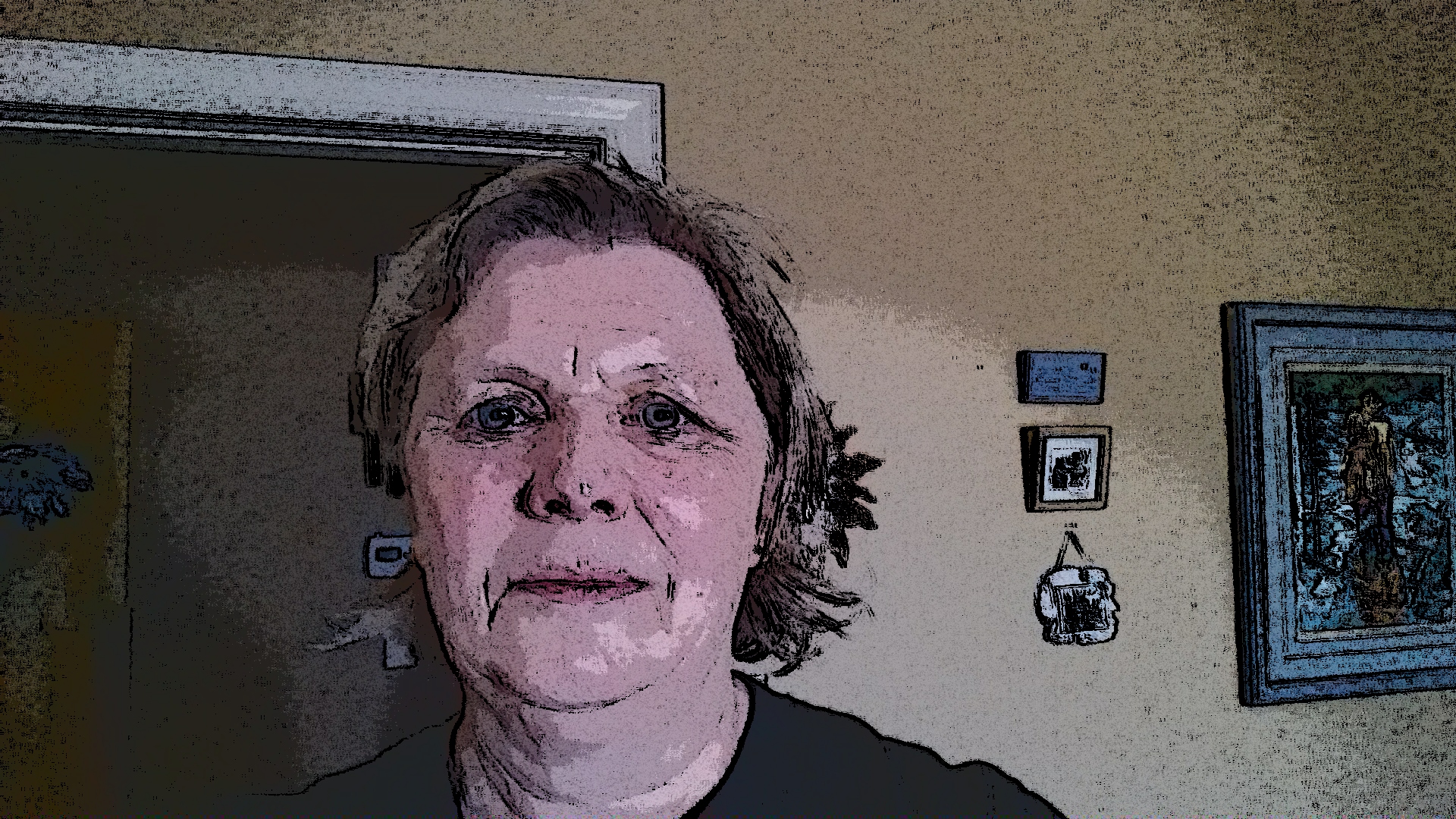 IT professionals should take a lesson from the digital camera industry about how technology can impact the public.

I recently attended a class to learn about my new Android phone. As part of the instruction I took a photo of one of the women teaching the class using my nifty “cartoon” feature. She saw the photo after I took it, and didn’t request that I delete it. Can I now post it as part of this blog? I took a cartoon selfie of myself, instead, to include here.

I think I’m a good representative of the general public on this. We don’t know what the rules are for all this new technology. The photos we used to take never got printed a second time, much less shown to hundreds of people. But now we can post them on social media or blogs without any of “the usual people” being involved in publication. The same rules may apply that always applied, but we don’t know them.

Small business is finding the same thing.  A British Columbia Web site for small business posted an article about The Right Way To Use Images You Find Online, and recommends that when in doubt it shouldn’t be used. That is also the recommendation of Brad Templeton when he discusses 11 myths about copyright.

It is hard to understand the rules, and there was even a 2013 case where a Canadian anti-piracy firm was caught using photos without consent. Their business was about tracking down the misuse of content and even they did not manage to avoid doing it.

The articles like the ones referenced above are starting to clarify some of rules. This kind of advice is most often about images other people create. But now the public is trying to understand what we can create ourselves.

To make matters worse, the rules for copyright are changing. The  Copyright Modernization Act  was recently passed, and this article on how changes will affect users of digital content says we are now allowed to:

The mash-ups they describe are another example of the public not being considered. The people creating songvids are feeling empowered by the tools that they can use to create content from other content. They do not feel restricted by the copyright rules and the law is trying to recognize that it is OK as long as they are not harming anyone. But I notice on at least the TourofDuty songvid site they say  “We ask that you do NOT upload OUR songvids to YouTube or MySpace without our permission first.” So the concept of ownership of content is creeping in there, too.

I am sure the digital camera makers had many discussions about how digital photography would affect the film business. But I wonder if any of them thought about how the public would learn the copyright rules that applied as they used all this wonderful technology.

As we introduce new technologies that allow the public to do things previously only done by specialists, we have an ethical obligation to ensure we teach the public the responsibilities of that job too.