There were apparently no challengers to Radware's offer to buy Nortel'sapplication server line, so the US$18 million deal has gone through.As we reported in February, because Nortelis in bankruptcy protection, Radware's offer was open to challengebefore being approved by the court. However, the companies announcedTuesday that the deal has gone through.

The assets includeNortel Application Accelerators (NAA) 510 and 610, and NortelApplication Switches (NAS) 3408E, 2424E, 2424 SSL E, 2216E and 2208E.For the time being, they'll still be available from Nortel through anOEM relationship with Radware.

At the same time, Nortel did makea change at the top. Restructuring expert David Richardson has beenappointed to the board. Until his retirement in 2002, he was the seniorpartner in Ernst and Young's corporate recovery and restructuringpractice. Richardson is also a director of Air Canada's parent ACEAviation Holdings, which according to news reports is, like Nortel, indeep financial trouble.

Aside from the Radware deal, we stilldon't know anything about Nortel's future. In the current economicenvironment, with financial institutions reluctant to lend money, theodds increase that the telecommunications equipment maker will bedivided up rather than restructured.

The company is doing itsbest to look like it's vigorously in business. In the past two days itissued seven product or deal-releated press releases, including salesto operators in Texas and Trinidad, and a railway in Algeria. Productnews includes power management software for its GSM radios and a modulefor its Communications Server that lets TV subscribers see phone callalerts on their screens. 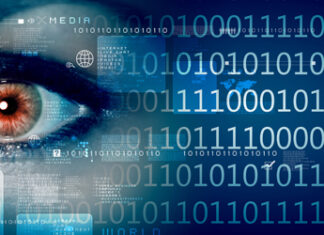 We’re not in a global cyber war but it’s a jungle...