In today’s world, we have more technology innovation being developed than any other time in history. In many cases the technology will improve our quality of life and in other cases will have a negative effect not realized until many years later. And, this is why discussions need to keep occurring across the collective community from a wide ranging set of stakeholders that have the ability to influence and keep the conversation going to the benefit of society.

I’ve been following one such individual for a number of years and am intrigued with his latest cross-Canada event series. “Time and Life” (www.events.highrise.one) will bring together a variety of digital leaders across Canada with different backgrounds and expertise and is hosted by Highrise in association with Wipro and ZScaler.

Robert Brennan Hart is the Founder and Executive Director of Highrise and Chief Evangelist of Visur; a 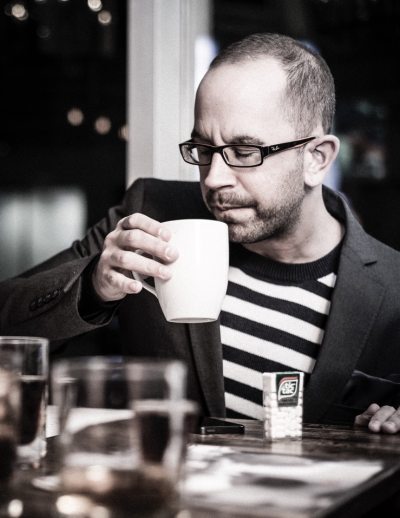 Calgary based Software Company re-imaging the future of the energy industry. Robert is on an ambitious path to spark the discussion around societal changes occurring around us from both a technology, environmental and ethical perspective.

Highrise is meant to generate discussions and enlighten so that people can learn a variety of viewpoints and collectively help ensure decision being made at the highest levels are well thought out with an understanding of both the potential positive and negative outcomes.

Brian Clendenin: Why is the topic of urban development critically important to foster discussion today?

Robert Hart: “Utopia or dystopia? Choose your own adventure. Over the next 25 years, urban centres will experience the most major infrastructural changes since the advent of the wheel. These changes will define the future of the next age of human evolution. The challenges of climate change, economic inequality and population displacement are setting up a perfect storm of disruption. Will that disruption manifest itself in a manner that is both sustainable and in the best interests of the citizen at large. If the last quarter century is any indication, major international corporations will reap the vast majority of economic benefits whilst average citizens will be left wandering the streets lined with the litter of a wide assemblage of unintended socio-economic consequences.”

Brian: You often speak of “connected, sustainable communities” … is this the end game?

Robert: “Sustainable communities are our “end game” whether the 21st Century’s digital patriarchy want them to be or not.  In order for human civilization to thrive beyond this century, we will need to create urban ecosystems that are simultaneously more affluent, equitable, connected, open, accessible, secure and sustainable. Take any one of these elements away and the entire ‘digital transformation’ experiment becomes an abject failure for all but a very select few.

Humanity’s penchant for rampant, untrammelled growth within the confines of a finite life support system has by its very nature locked society into a long dance of death. How long the last dance of the masquerade lasts depends on the decisions politicians, corporations and citizens make in unison today. Many of those decisions start and end in our urban centers and given the choice between deciding which coastal communities to abandon and building long term infrastructure to defend against sea level rise, you’d have a hard time finding a group of people who wouldn’t choose the latter.”

Brian: You have garnered and impressive group of leaders with varied backgrounds and expertise to speak at Highrise. How do you keep the discussion going after the event to create meaningful action?

Robert: “Highrise traces our roots back to the Canadian Cloud Council and Politik, two passionate and unwavering voices of socially conscious innovation.

Over the course of a near-decade, we helped create the early policies outlining the commitment of the Government of Canada to build open systems, utilize cloud-first methodologies and reshape decisions to eschew the short-term gains of offshore delivery to recommit to employment and opportunity for its own people. A series of groundbreaking events drove discussions and disruption that firmly tipped the scales of history in favour of open and accessible technology and away from closed ecosystems that benefit the select few.

Highrise remains driven by a belief that the digital economy must be reconstructed to serve the future of all of humanity and we have been gracious enough to attract an incredibly talented group of socially impactful contributors; a fellowship built with a courageous conviction to challenge incumbency and inertia and upon an unwavering track record of successfully shepherding disparate interests for the common good.

We ensure multiple touch points across the urban innovation ecosystem; providing purpose-led strategic guidance, investment attraction, reskilling and ethical oversight of major innovation programs. The events are merely catalysts for the wide range of engagements and collaborations to usher in the next era of urban renaissance.”

Brian: I’m curious … why “Time & Life” as the overarching theme?

Robert: “Memories have huge staying power; but like dreams they thrive in the dark, surviving for decades in the deep waters of our minds like shipwrecks on the sea bed. You can’t quote me on that, but you can quote JG Ballard and his 1975 novel; affectionately called ‘Highrise’.”