As Ontarians expect the march toward an Electronic Health Record for 2015 to continue it’s imperative to set expectations and dispel some myths, especially in light of the recent EMR funding announcement. It is important to make a distinction between an EMR and an EHR. This is important because Ontarians should really understand how the recent EMR announcement will contribute to achieving the 2015 EHR provincial objective. The announcement of Ontario physicians receiving funding for signing up to a provincially approved EMR is very different than achieving the lofty goals of an EHR.

An Electronic Medical Record (EMR) is a system that enables physicians' to store patient information/charts electronically.  The EMR typically is not interactive, and all patient information is stored within the physician's systems/service. With the funding that has been made available to physicians there will be some gains for the Ontario patient. Some of the systems enable online scheduling and prescription renewal. It also means less waiting time to get information either while waiting in the doctor’s office or transferring of information to another clinic. In some instances there is even some rudimentary integration with labs.

That said, this will not enable the patient to take their information with them ‘wherever they go’. It is the physicians’ record of an interaction with a patient. Therefore the record itself is not the possession of the patient. The EMR remains with the physician unless formally requested or otherwise. For this reason most EMRs do not integrate with other systems.

The good news about the recent announcement of EMR funding is that there are three CMS (Clinical Management Systems that house EMRs) providers hosted at eHealth Ontario. So although EMRs are typically thought of a disparate systems localized at a physician’s office, they will in fact be hosted centrally. The ability that this enables to contribute to an EHR is unknown, but there could be some gains leveraged.

An Electronic Health Record (EHR) is very different than an EMR. Some people may confuse these two or think that they are synonymous. They are not. The Health portion of the acronym is integral as it is intended to be holistic. The implication is interoperability/interconnectivity. An EHR should have the ability to transfer data to other EHRs, hospitals, labs, etc. It is about improving patient care and is not dependent on the physician. Therefore an EHR is patient, not physician, focused.

The more technical/ambiguous definition of an EHR is: a longitudinal electronic record of patient health information generated by one or more encounters in any care delivery setting and includes a variety of patient information such as demographics, medications, past medical history etc. Understandably the latter definition is cause for much debate and confusion.

Canada Health Infoway has identified some key areas that comprise an EHR. These categories include: Registries, Diagnostic Imaging Systems, Drug Information Systems, Laboratory Information Systems,  Interoperable EHR, Telehealth, Public Health Surveillance, Innovation and Adoption, Infostructure and Patient Access to Quality Care. An EHR is a complex integration of multiple systems over a common infrastructure. The picture below is the CHI integration architecture of an EHR.

As illustrated the EMR is only one small component of an overall EHR. Where Ontario is in relation to achieving the above roadmap is worthy of a separate discussion and analysis, but not the focus here.

The large misconception about the EMR vs. EHR has largely been created by CHI itself by publishing the following concept of what a screen of an EHR system might look like:

This picture has largely contributed to the confusion about EMR and EHR. An EMR data screen is very similar to the above, but yet very different. Again the EMR is typically a non-integrated stand alone system. The above displays a lot of EMR components but elements like interaction with healthcare, diagnostic images, etc. will not be available without much greater investment and system integrations. In addition an EMR will only capture a specific physician interaction with a patient so a complete history of interactions, prescriptions, etc. would be misleading the Ontario public.

It is important to be clear: an EMR is a good thing and it represents progress for the Ontario health care consumer. Having worked on the implementation of all three systems it is nice to see that efforts are being made to leverage them and ensure the benefits of the foundational work at eHealth Ontario/SSHA was not completely ‘a boondoggle’ and will benefit the Ontario patient. However, EMRs are not on CHI’s EHR roadmap and will not expedite the delivery of eHealth in Ontario.

This brings Ontarians to a cross roads. Should we care? The problem is that this is the exact type of digression that has placed Ontario behind in the overall CHI roadmap. Applications like Oral Health Information System, Autism Information Systems, Case Costing and Clinical Management Systems have a strong presence on the eHealth Ontario data centre floor. These initiatives, although improve functionality for the patient, do not necessarily contribute to achieving the EHR objective.

Once again eHealth is delivering on objectives set by the Ontario Medical Association and the Ministry of Health, via OntarioMD. However is the agency once again being led off of a cliff? The Ministry should realize that if EHR progress is required then it would be these types of initiatives that should be sacrificed. That said if the Ministry does determine that these types of initiatives are of higher priority then it is incumbent upon them to communicate that EHR timelines will suffer. The important thing for Ontarians is to be informed. EHRs will become a reality, but it is about approach: either to build and adopt or replace through attrition. Neither is wrong, however the acheiving an EHR by 2015 is the former and EMR adoption is the latter. The Ministry needs to set clear directions and expectations to avoid another debacle that could further deteriorate the public trust. 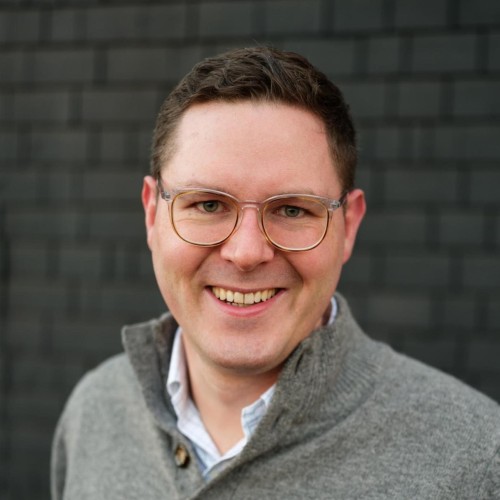 What the eHealth Ontario DR Announcement Means and Why it is so...

The cost of eHealth; some insights of what’s behind the Sunshine List