Canadians aren’t risk takers, at least when it comes to technology. And with an innovation such as cloud computing, there’s a general fear of the unknown and a misconception that it’s not safe.

Keeping data in the cloud is just as safe as keeping it anywhere else, so why are Canadian companies so resistant to investing in this new technology? We all know that technology is one of the key drivers of productivity gains, but Canada has some catching up to do. In 2011, our corporate sector’s per-worker allocation to software and other information and communications technologies was less than 58 per cent of the U.S. commitment, according to a 2013 report by the Ottawa-based Centre for the Study of Canadian Living Standards.

When you understand how cloud-based solutions work, you can see how they help boost productivity and lower financial and other risks. Implementation is fast, software is constantly upgraded, the pay-as-you-go subscription model means relatively low costs, and with the cloud vendor managing IT, companies can focus on their core business.

Every day we see proof that technology improves lives in unimaginable ways, and the corporate sector is no exception. Diving into cloud-based solutions can open up a new world of opportunity that no enterprise would be able to harness alone. Our everyday personal use of cloud technology makes us part of a network, whether we’re storing and sharing our data on Dropbox, paying a bill online or finding a new connection on LinkedIn. At SAP, we call this the networked economy.

Tapping into the cloud allows a company to become networked: better connected to its suppliers, customers and partners. For example, if an organization works with its suppliers via the cloud, it can electronically trade invoices and payment information and see the exchange happen in real time. This kind of transparent, 360-degree visibility can transform how businesses manage their spending. It eliminates the paperwork and phone calls typically involved with such transactions, and there are no uncertainties when managing cash – everything is visible.

Networking with financial institutions can also help speed up payment and reconciliation processes. And in an age when many companies have suppliers, customers and banking relationships around the world, that real-time insight into revenue, spend and cash positions means nothing is hidden or uncertain. It all happens automatically, allowing businesses to make more-informed financial decisions.

As cloud-enabled companies know, the benefits don’t end there. Last year, market research firm International Data Corporation and Telus published their second-annual enterprise cloud study. In this survey of 250 business and IT leaders from big Canadian companies, 81 per cent of respondents reported that using the cloud lowered IT costs. Half of the businesses in that group reduced total IT spending by more than 10 per cent.

For survey participants, the top three incremental benefits of using the cloud instead of hosted third-party services were better data compliance, enabling their IT department to focus on supporting the core business and lower capital expenditures. An encouraging sign: respondents gave themselves a B+ rating on adopting new technologies, versus a C the previous year.

If Canadian companies want to compete with U.S. and other global rivals, the productivity gains and business benefits that flow from the cloud all start with investing in technology. Our corporate sector has the money: since the middle of last decade, the International Monetary Fund reports, it’s stashed away cash at a faster pace than any of its Group of 7 peers. The total hoard for our nonfinancial companies was a staggering $626 billion in third quarter of 2013, according to Statistics Canada. We need to start using some of that capital for tech investments that will improve the productivity and profitability of our businesses, and help grow Canada as a whole. 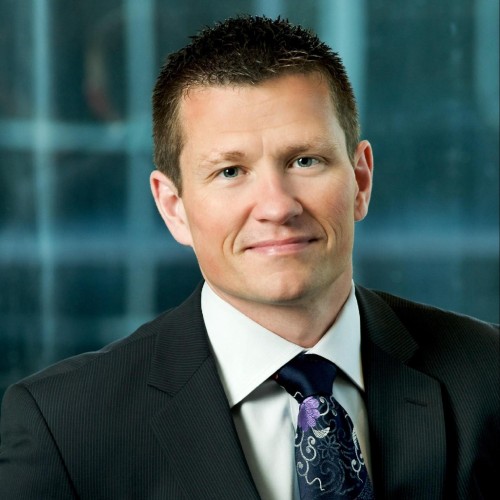 Bob Elliott
Bob Elliott is the managing director of SAP Canada. He is responsible for the business operations in Canada and driving growth for SAP’s industry-leading cloud, mobile, and database and technology solutions that help 9,000 Canadian customers in 25 industries become best-run businesses.

Previous article
How Canadian organizations use the Internet of Things
Next article
Are you hoarding data?