I got to the  McAfee Focus Conference 2012 keynotes yesterday morning and was surprised to see Desperate Housewives star Eva Longoria as the star attraction. 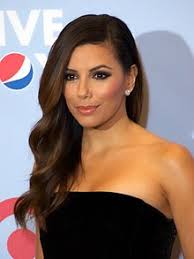 I think plenty of conference goers where thinking the same thing. Even Longoria asked McAfee CEO why she was invited to talk at a security conference. So what did Longoria have to say about security? To be fair; not much!

Longoria did have a few interesting comments on general computing. Take for example Twitter. Longoria uses Twitter as a big part of building her brand in the marketplace for some of her products such as her cookbook and her perfume. Longoria also uses Twitter to get her message out. She said that Twitter gives her a sense of control. When the paparazzi produce incorrect news on Longoria; she can Tweet out corrections.

She also said that the educational system has to get more aggressive in its use of technology inside the classroom. “Technology plays a big part in our lives, but in the classroom we still sit at a desk and look at a blackboard. Technology should interrupt that and we need to be more aggressive in our use of technology in education,” Longoria said. After this technology in education comment the discussion turned to providing a safe computing environment for these kids. Longoria is a McAfee user, which delighted CEO Mike DeCesare. Longoria went on to say that security software is necessary to keep students safe online.

And that was it for the security discussion.

On the surface this looked to disappoint the crowd and several people got up and walked out. I thought that was unfortunate because Longoria did have a lot of interesting things to say beyond computing and security.

Longoria’s foundation Eva’s Heroes, for example, was a great story of triumph in my opinion. Longoria’s sister Lisa was born pre-mature and her brain did not develop properly. According to Longoria, her sister has gone through a lot of programs to keep her brain stimulated because if it isn’t she will regress. Longoria took it upon herself to create Eva’s Heroes to help other children with similar disabilities as her sister.

Currently, Eva’s Heroes has 40 kids in the program and has helped 120 so far. That was a terrific story that I did not know about and thanks to McAfee for thinking outside the box a bit and inviting her to this conference.