Why PayPal ditched VMware for OpenStack

As part of a move to reinvent its infrastructure, global online payment company PayPal has transferred nearly all Web traffic and mid-tier services from VMware (MYSE: VMW) to an internal cloud built on OpenStack.

“To keep pace with innovation at this scale and growth, we have been reinventing our core infrastructure from the ground up,” he said in a recent blog. “…Today, I am excited to share our latest milestone, we have converted nearly 100 per cent of our traffic service Web/API applications and mid-tier services at PayPal to run on our internal cloud based on OpenStack.”

Here are some numbers that will give a sense of the massive scale of transactions handled by PayPal. Last year, the company served 162 million customers, across 203 markets using 26 different currencies. The total payment volume was US$228 billion.

PayPal uses VMware’s server virtualization software. VMware actually sells its own version of OpenStack. However, Shivanada did not indicate whether this is what his company is using for its private cloud.

OpenStack does not have its own hypervisor. It works with VMware’s vSphere, Xen, Hyper-V, KMV and others.

Jeff Guenthner, director of solutions architecture for CMI, a Calif-based cloud storage firm that is a VMware partner, said in an interview with online publication CRN.com, that “he’s not reading too much into PayPal’s embrace of OpenStack…”

“VMware owns the data centre, but KVM and OpenStack are the leaders in cloud builds,” he said.

Guenthner also said it was a wise decision of VMware to support OpenStack which will become more mainstream in the future.

The company re-architected its infrastructure from a traditional manual-build-on-demand model to a multi-tenant private cloud infrastructure with end-to-end automation based on OpenStack.

However, this is not the first time PayPal has dabbled with open-source cloud infrastructure.

The first phase of its private cloud based on OpenStack was rolled out in December 2011 “in the midst of the online holiday shopping season,” according to Shivananda. He said PayPal began with routing 20 per cent of its workload through the private cloud. This gave PayPal more flexibility and agility.

Nestor E. Arellano
Toronto-based journalist specializing in technology and business news. Blogs and tweets on the latest tech trends and gadgets.
Previous articleWhy Canadian CFOs may be more ready to fund CIO innovation than ever before
Next articleMobile app security in a sorry state says IBM, Ponemon 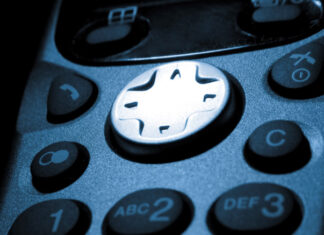