Late last year the Santa Clara, Calif.-based networking and collaboration vendor partnered with Google and has since forged alliance deals with HP and Salesforce.com.

With VMware the channel will have to opportunity to make available an enterprise-class hybrid cloud in an as-a-service model under the newly created Avaya Team Engagement banner. This new offering will use the VMware vCloud Air platform that can bridge private and public clouds.

“We sat down with their CIO Tony Scott and looked at the environment and thought that we could add on it. Scott is the person who coined the term ‘IT-as-a-service’ so user can consume what they need,” Manuele said.

For example, VMware started to use vCloud Air with SAP and employees were able to consume it on their own, he added.

“So we thought what if we moved the Avaya environment? And, then we thought maybe partners would be interested in this.”

With vCloud Air, the channel can offer customers the ability to use a public cloud along with Avaya Team Engagement solutions such as unified communications, contact center apps that can be moved in and out of public and private clouds.

Avaya suggested to channel partners to target these market areas:

Customers in a mixed environment of public, private clouds and on-premise;

Customers who are in the midst of expanding operations into new markets or new facilities.

The “Big Friends” partnership arrangement with VMware also enables Avaya and its channel partners to work with telecommunications providers in Canada and the rest of the world.

Manuele said that through this partnership will benefit channel partners who are not on Verizon, AT&T or HP’s cloud or for some reason are unable to host.

Instead the channel can make this new vCloud Air service available to customers in a rate card model with flexible hosting options, he said.

For VMware, Manuele said the vendor wants to own the hybrid cloud with software-defined data centres and Avaya’s solutions tie in well with this strategy.

“You get the elasticity of the public cloud and reliable data storage in the private cloud. The hypervisor is common on both and transparent to the operator,” Manuele added. 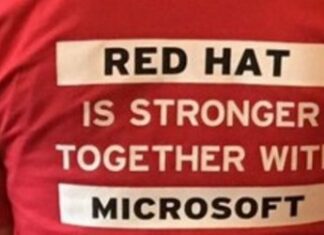