Since around 1:20 PM ET today, Cisco Webex App users have been unable to access the service. The company’s status page noted that its engineers were investigating problems with logging in, sending messages and files, viewing presence, starting and joining meetings in the Webex App.

By 2:15 PM, things were worse, not better, with major issues reported in the Webex Control Hub and Webex Room Systems as well.

No further information is as yet available; as of 3:30 PM, engineers are still investigating. 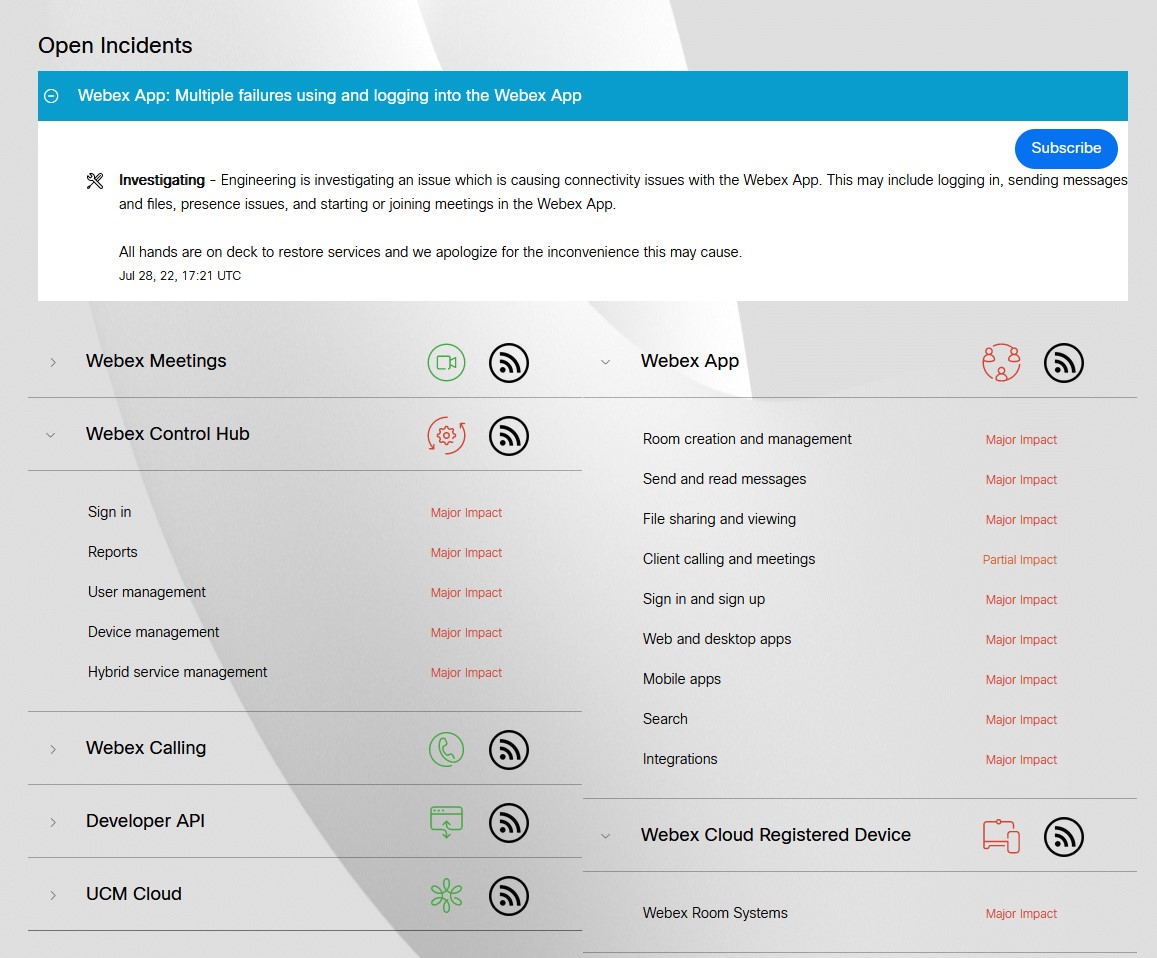 UPDATE: As of 4:15 PM ET, Webex reports that the majority of services are up, although its status display still shows issues and some users are still experiencing intermittent problems. 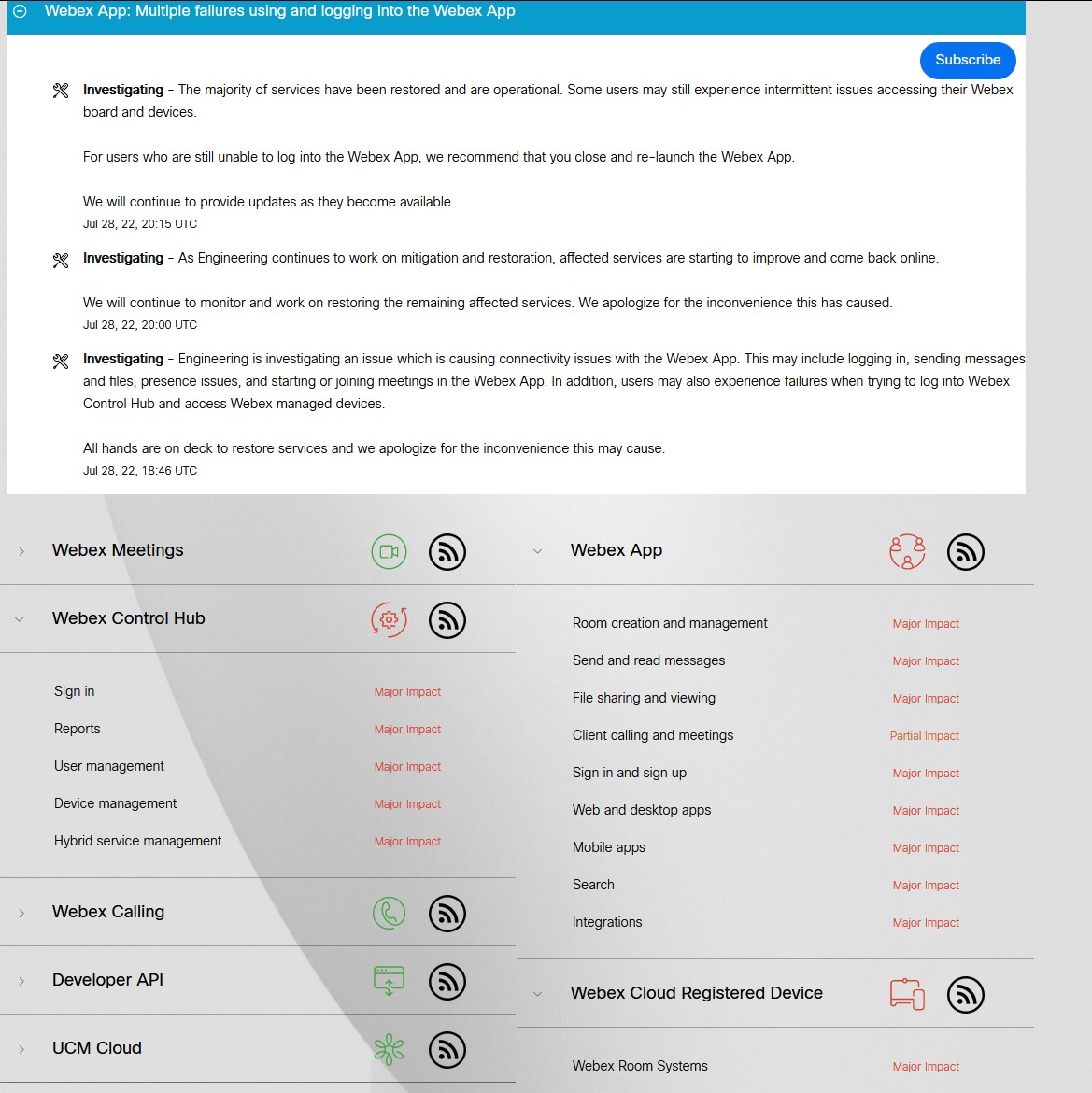 UPDATE: As of 7:45 PM ET, Webex reported that the remaining issues have been resolved, and has declared the incident closed.

Lynn Greiner
Lynn Greiner has been interpreting tech for businesses for over 20 years and has worked in the industry as well as writing about it, giving her a unique perspective into the issues companies face. She has both IT credentials and a business degree.
Previous articleCanada’s Top Women in Cybersecurity Celebration: The honourees
Next articleHashtag Trending July 29 – Metaverse profit; videogames harmless in moderation; Microsoft earnings report