Toronto readies itself for a connected future at Technicity event 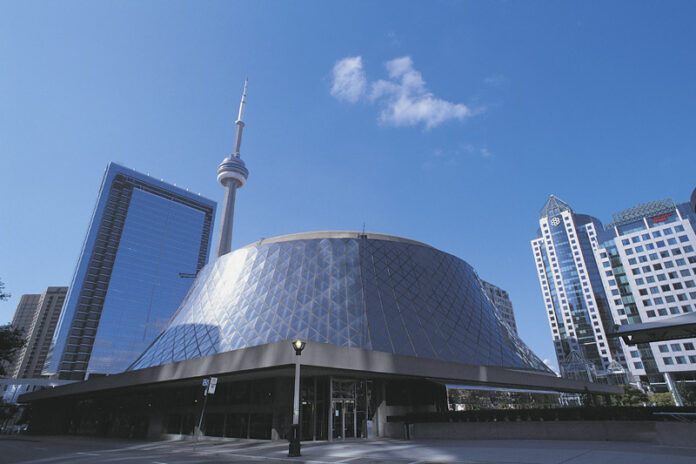 Lan Nguyen is a woman on a mission. She wants to revolutionize the city of Toronto with big data. The city has collected more than a petabyte of the stuff over the years, said Nguyen, who has been deputy CIO for Toronto since 2013. It exists in structured and unstructured forms. Her job involves getting more of it – and to help the relevant stakeholders use it wisely.

“We need to find out exactly how we can mine it and embrace data analytics to help us in policy and service planning, and in program monitoring,” she said.

Tomorrow, Nguyen will discuss open data and open government on a panel at Technicity, an event co-hosted by the City and IT World Canada, designed to explore how the City of Toronto is moving forward in an IoT-enabled world. Taking place at the MaRS Discovery District, the gathering will attract senior executives, helping government officials and business leaders understand how they can create a data-centric future for the city.

Everyone has a stake in this, Nguyen believes, from city staffers through to property developers, from entrepreneurs through to healthcare professionals. The flood of data that the City is accumulating can be useful for them all – and the CIO’s office is managing dozens of projects to make it more readily accessible.

The data already sitting on Toronto’s servers is growing at an alarming rate, said Nguyen. The CIO’s office has to manage it in several ways. It must make the infrastructure available for it, and decide what to keep and what to discard. It must publish what’s appropriate as part of its ongoing open data initiative, which was launched six years ago in November 2009. And it must also create new ways to make that data more easily accessible and usable.

That challenge is what’s occupying Nguyen, who takes credit for the original open data initiative. The CIO’s office has come a long way since it launched the scheme, making 200 data sets publicly available online, each with their own vast subsets of specialised information.

The city has a catalogue of apps that third party developers have created using its data feeds. It has learned what data sets value the most on a regular basis (transportation data is most commonly accessed, with neighbourhood and demographic data also highly popular) and also understands the problems that people face when accessing them.

The city’s open data initiative has already helped staff a lot, in many cases bridging data silos at City Hall.

“City staff found out that if they can’t get all the data that they’re looking for, they go to open data, and they get it,” Nguyen said.

One key area is transportation. “Toronto has huge traffic congestion which costs billions of dollars,” she said. “The city has put together a big data advisory committee to assess and recommend short and long term remedies.”

Another of the 10 BI projects involves workforce planning. Huge numbers of people will retire in the next few years. “That creates issues for companies in maintaining business continuity and recruiting talent,” she said. “So part of the talent management that we must embark on involves knowing where the information is related to demographics, skills, dependencies and risk.”

Underneath these flagship projects are a multitude of others, each of them a cog in a larger machine which will eventually produce a steady flow of useful data, without all of the cumbersome steps in between.

“I have seen a lot of data being produced online for performance dashboards for Toronto, but a lot of people have to work day and night to pull data from many different sources. A lot of work is being done manually,” Nguyen said. Feeding the data beast sometimes involves accessing 60 separate sources or more by hand in projects that can take days.

That flow of data has to become smoother. In the coming year, the City will be implementing business intelligence tools to automate the sourcing and integration of data from many different feeds.

One focal point is to create data that is interoperable. Nguyen will also work on implementing open data standards so that data can be shared more readily between all stakeholders.

Data sharing will be a pivotal feature in the next decade or two, if Nguyen’s predictions come true. A new wave of information is coming, she warned. A lot of the current data comes from sources outside of Internet-connected devices, but the Internet of Things will bring fresh opportunities and data flows to the city.

“There is a system that calculates how much you have in your recycling bin, so that the truck doesn’t have to pick up every single one of them. They only collect those that are becoming full, because the bins send a signal,” Nguyen enthuses. That kind of solution would have a knock-on effect on traffic congestion, worker efficiency and fuel usage. It’s the kind of thing that excites her, but the City isn’t there yet.

IoT projects like this will take careful design. The City can’t afford to install sensors all over the place for technology’s sake. It will choose its own IoT deployments wisely, but it will rely on public-private partnerships for the rest, she said. The city will work with partners in private industry to create useful data feeds that can help to bolster its own data flows, and give it more insights.

That won’t be easy, though. Back in the early 2000s, Toronto tried to form similar partnerships. “It didn’t last because the pricing structure was not sustainable,” she admitted. “The city is looking at different models to see how we can make the city accessible and connected.”

What will those business models look like this time around? “I wish I had the answer,” she said. “At the council they’re looking at having a connectivity advisory body to look at policy and investment, and to explore how to engage the private sector. At a political level, there’s already a strong interest.”

That’s the challenge with municipal IoT and big data; it’s a constellation of projects, drawing on different technology and business disciplines. The stakeholders may be looking at the same destination, broadly speaking, but may have their own baggage to take on the journey. Nguyen has a lot of work to do.