Struggling to adopt AI? Inject some business sense and tension into the ‘frozen middle’ 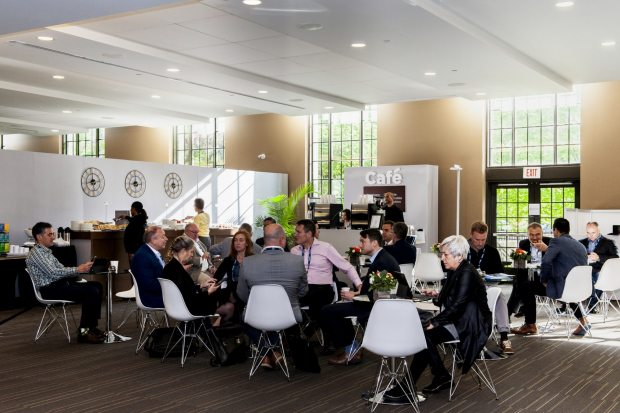 “We deliver a lot of TVs. They’re cheaper now so people buy them like crazy,” said Purolator’s vice-president and chief information officer Ricardo Costa during panel at Gartner’s IT Symposium Expo.

Related Articles
Success at digital transformation? Make mistakes and think small
Overall Canadian IT spending is down, but software and AI spending is going up – way up, says Gartner

Quite often, he added, they’re much bigger than 40 or 50-inches. Carrying around an 80-inch TV in a standard-sized Purolator truck, along with a bevy of other products, can be a nightmare. One of the most frustrating things for drivers, Costa explained, is when the person isn’t at home to accept the delivery of the TV. It means the TV has to be lugged around for longer, making it difficult to access other items in the truck. Time ends up being wasted and frustrations rise.

When Purolator drivers raised this issue to executives, the company went to work.

“I had people on my team thinking about different messaging platforms and apps, all kinds of things,” said Costa.

But progress was slow, so he invited drivers to a Design Thinking Session that management wasn’t allowed to attend. It allowed front-line workers to speak freely. It didn’t take long for drivers to provide Costa with a solution – have one large truck drive around downtown delivering only TVs.

“We ended up solving a very significant problem with a very smart solution,” he told audience members.

Costa’s story is a microcosm of the trends identified by Gartner’s 2019 CIO Agenda Survey, which includes data from more than 3,000 CIOs in 89 countries and all major industries. This year, the survey included responses from 176 CIOs from Canada.

Fifty per cent of CIOs in Canada are heavily involved in developing new business models in their organizations, which ties into their top three priorities for 2019 as reported by Gartner – revenue growth, digital initiatives, and operation excellence.

Cato’s story about solving TV delivery issues had little to do with IT, and if the conversations at the Gartner event are any indication, that’s perfectly fine. In fact, many executives, including Costa, suggested the integration of something as complex as AI needs a unique touch that’s free from the assumption that only the technically savvy can approach it. In Purolator’s case, knowing that AI wasn’t the answer to the problem is almost as impressive as successfully adopting the technology.

Shaking up the middle

This becomes very relevant when it comes to the integration of AI, which 24 per cent of Canadian CIOs are planning to increase investment in, up from 2 per cent in 2018. Enterprises are increasingly worried about who to hire to help them integrate this technology. Gartner’s distinguished vice-president Chris Howard suggested very few organizations will be able to write code-level AI – the most talented coders and engineers get scooped up by Google and Amazon anyway – therefore when looking for new hires, the attention should be elsewhere.

“What we need are people who understand the impacts of decisions within a domain,” he told IT World Canada, adding this requires strong knowledge about the availability, usability, integrity and security of data used in an enterprise. “The training has to do with the hard data and hard science of creating a model. And I don’t think the IT people will ultimately be the people doing that. The model has to be created by the business.”

That doesn’t mean IT departments will stop learning. The ripple effects of AI integration, combined with the rise of edge computing, can be felt across the IT infrastructure. But according to Bob Osborn, federal chief technology officer at ServiceNow, getting the mid-level IT and operational managers to address these changes is extremely difficult.

“They get comfortable with the technology they’ve mastered. The thought of change becomes very uncomfortable and they begin to worry about getting replaced,” said Osborn.

“It’s typically the third – sometimes more or less depending on the size of the organization – that isn’t interested in addressing disruption and is resistant to change,” he explained. “It’s really hard to inject tension into that operating culture in the middle.”

Both Chapman and Osborn are seeing more enterprises successfully injecting that necessary culture change. Many organizations, Howard pointed out, are leaning on some of the smaller consulting partners to make that shift and to help “untangle” the business model that the technology needs to serve.

“The existential threat to the value-added resellers (VARs) and managed service providers (MSPs) is that the giant multi-month and multi-bodied on-site kind of work is getting displaced by higher volume and smaller term work,” he explained. “The opportunity for VARs and resellers is not just to resell, but to re-contextualize.