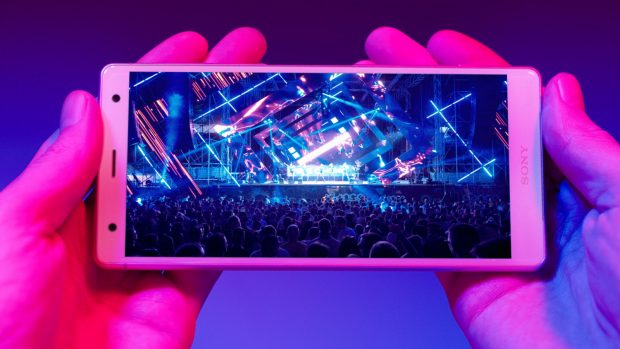 If entertainment is your priority, then you need the Xperia XZ2 and XZ2 Compact, according to Sony Mobile.

The company introduced the two new smartphones this morning at the Mobile World Congress in Barcelona, each equipped with the Advanced X-Reality engine that can up-convert any standard dynamic range download or streaming videos to HDR-quality.

The XZ2 offers “entertainment to the extreme” said the company’s communications executive vice president of global sales and marketing in a press release, while citing the phone’s sleek design. Both versions of the phone feature Sony’s S-Force Front Surround Sound speakers. They’ve also abandoned the headphone jack. The XZ2 includes the Sony Dynamic Vibration System, which mimics the effects of vibrating video game controllers, allowing users to feel what they see and hear.

Available late spring 2018, the phones will ship with Android 8.0 Oreo. Pricing has not been announced.