This year’s Consumer Electronics Show, which was attended by over 140,000 people, will go down in history as the event roughly one gazillion tablets were officially unveiled.

But while slate devices were the focal point for many companies, a lot of other cool stuff was shown off.

Here are the top five stories from the Las Vegas show. 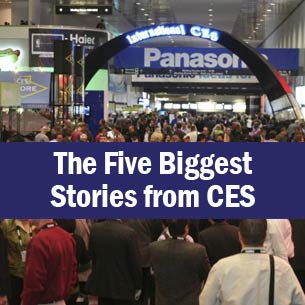