Samsung unveils its Mystic side 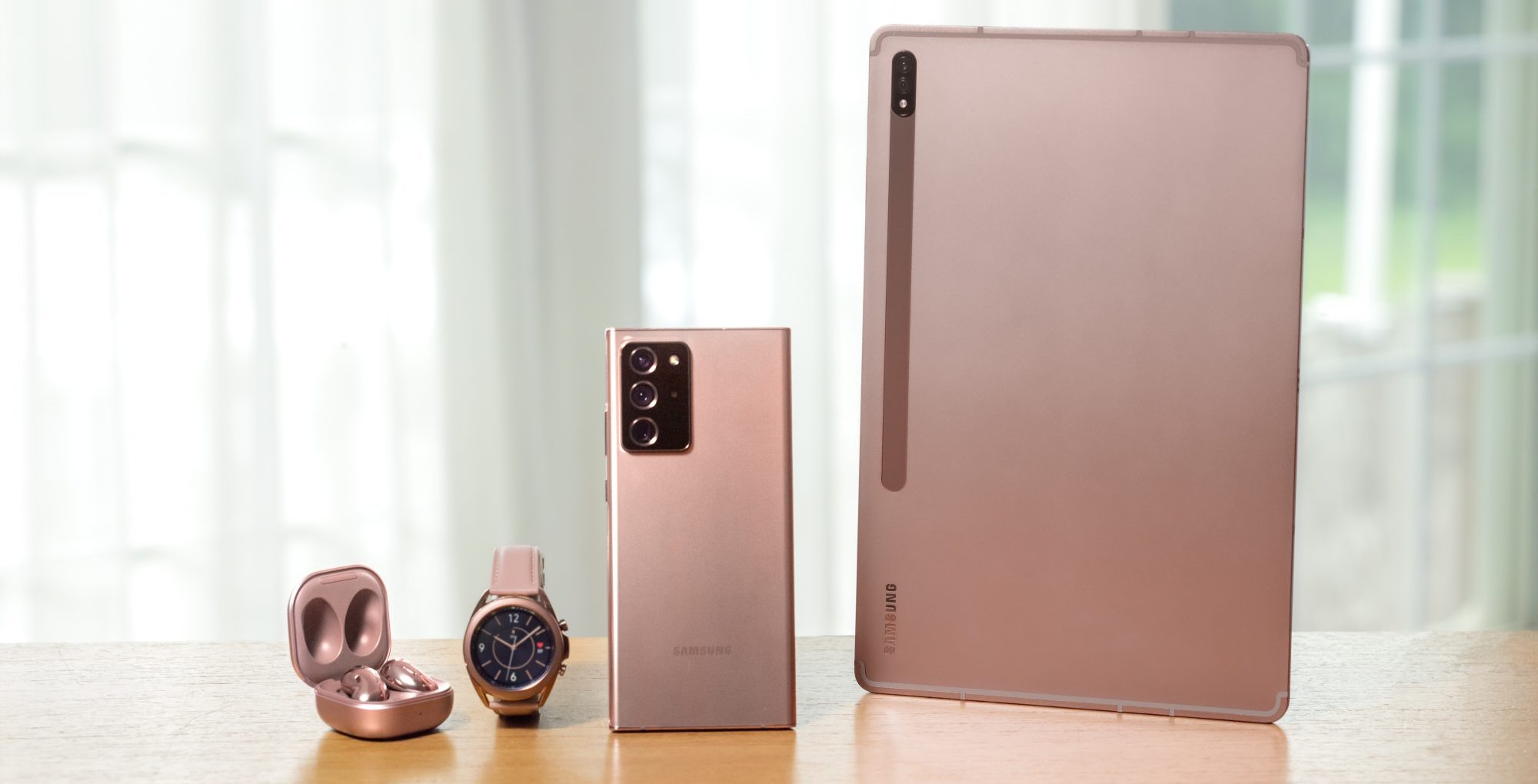 Samsung’s annual August announcement extravaganza, Galaxy Unpacked, took a mystical turn this year when it unveiled its newest devices in a colour palette that included signature colour Mystic Bronze, plus Mystic White, Mystic Black, Mystic Grey, Mystic Silver, and Mystic Green. Canada will see all colours on one device or another.

In a nutshell, here’s what was announced.

The Galaxy Note20 5G and Galaxy Note20 Ultra 5G phablets feature greatly enhanced S-Pens with 9 ms latency for a smooth writing experience. The Note20 has a 6.7 inch screen, polycarbonate back, and flat screen. The Ultra ups the ante with a 6.9 inch display, etched glass back, and curved screen. Both offer fast charge that Samsung says gets you a 50 per cent charge in half an hour. Both phones are available for pre-order now, and will be in stores on August 21.

Galaxy Note20 5G will be available in Mystic Bronze, Mystic Grey and Mystic Green, with pricing starting at $1,400 (all prices in Canadian dollars).

The two tablets on offer are the Galaxy S7 and Galaxy S7+, and the main difference between them is the screen technology. The S7 has an 11 inch LTPS TFT display, while the S7+ offers a 12.4 inch super AMOLED screen, both with 120 Hz display. They will be available online and in stores on September 18.

Galaxy Watch3 comes in two sizes to accommodate any wrist, with a leather strap and rotating bezel. The 45mm comes in Mystic Black or Mystic Silver, and the 41mm in Mystic Bronze or Mystic Silver, and Samsung says both are 14 per cent thinner, 8 per cent smaller, and 15 per cent lighter than the original Galaxy Watches.  They are available now both online and in-store for $550 for the 41mm model and $600 for the 45mm model. 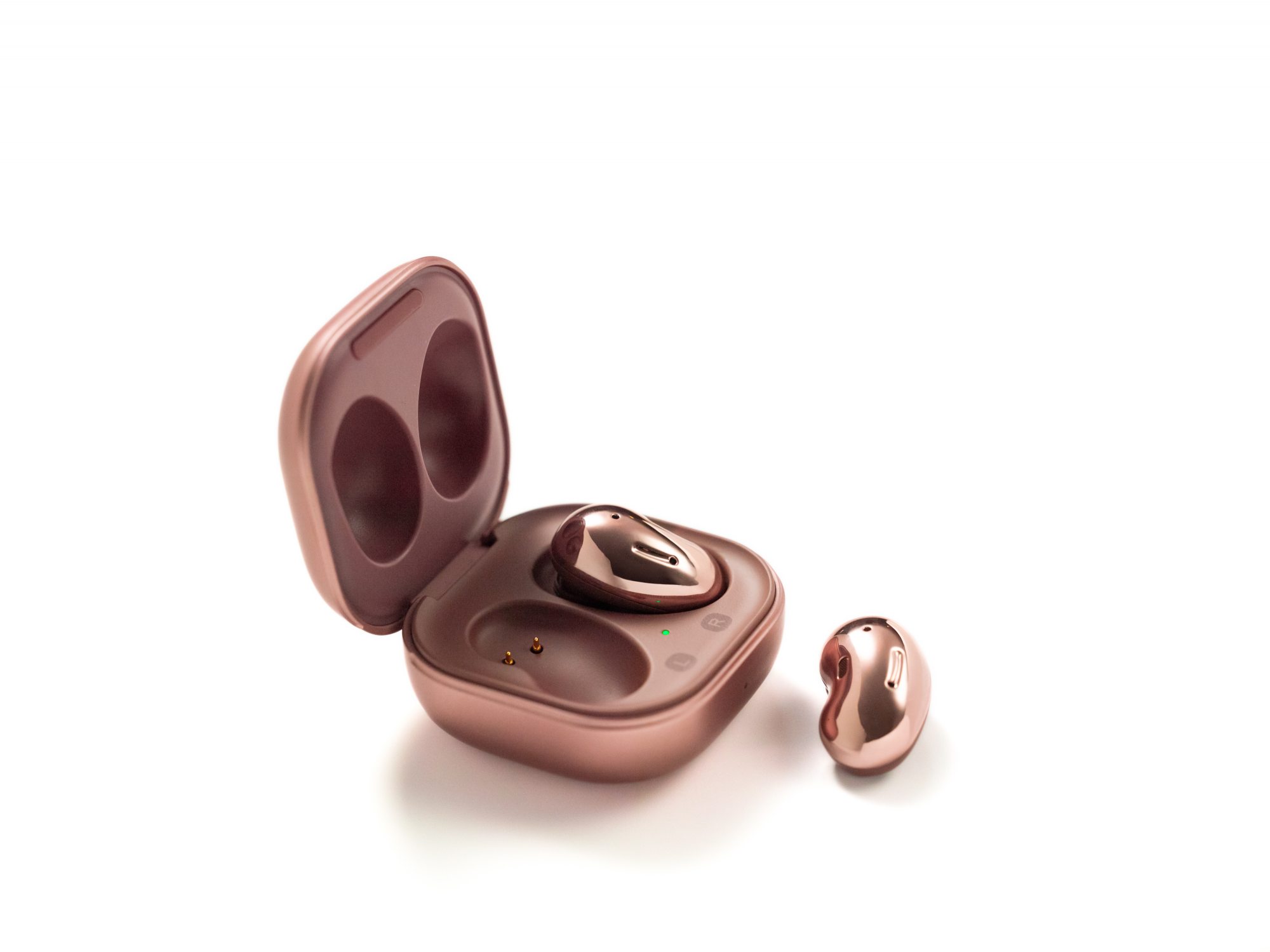 Finally, Galaxy Buds Live are kidney-shaped wireless earbuds that tuck neatly into the ear and offer active noise cancellation and up to six hours of listening per charge (21 hours with the charging case). Samsung says that a quick 5 minute charge will get you an hour of play time. The buds are available now online at Samsung.com/ca in Mystic Bronze, Mystic White and Mystic Black for $250 and will be in stores on August 21, 2020.

Customers who pre-order any of these devices are eligible to receive various additional goodies as gifts with purchase.

The devices were only part of the story. We also heard details of the fruits of the Samsung/Microsoft partnership announced last year that is designed to let phone, tablet, and Windows 10 PC play nicely, and relatively seamlessly, together, including two-way synching between Samsung Notes and Microsoft OneNote, Samsung Reminder and Microsoft ToDo, and more. And not only will more than 100 Xbox Live GamePass games be playable on the phones and tablets as of September 15, but users will also be able to run the phone’s apps on a PC via the Your Phone integration.

Lynn Greiner
Lynn Greiner has been interpreting tech for businesses for over 20 years and has worked in the industry as well as writing about it, giving her a unique perspective into the issues companies face. She has both IT credentials and a business degree.
Previous articleITWC Morning Briefing, August 6, 2020 – Talking exposure notification apps with Sophos’ Chester Wisniewski
Next articleCyber Security Today – How to avoid going to fake web sites