Samsung targets the IT cloud with its latest acquisition 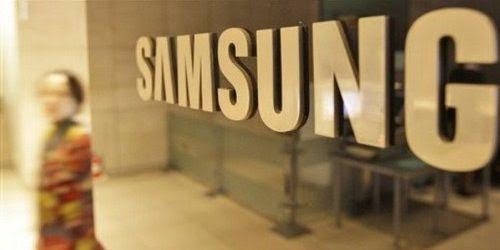 Cloud provider Joyent out of San Francisco is not your high profile born-in-the-cloud vendor, but that’s about to change as it was acquired by Samsung Electronics Co.

This deal gives Samsung its own cloud platform specific for smartphones as well as Internet of Things (IoT) devices. Joyent does the same thing as Amazon Web Services and Microsoft Azure, even though in its decade long history Joyent has been on the periphery as a cloud hosting provider.  But that’s not to say it hasn’t done interesting things.

For example, Joyent is a public and private hoster was one of the first to dabble in the open source programming project Node.js. Now it’s a big part of the Web and mobile. Joyent was also one of the first to venture into container-native infrastructure when no-one was talking about containers nor did they know of the name Docker.

For Samsung this deal was a lot time coming as it knew smartphones and other connected devices would bring about an influx of digital services on the cloud. With Joyent, Samsung can now scale its own cloud infrastructure and services.

One of the things Joyent offers is that it can build custom cloud systems. It did one for Adobe.

The deal is subject to the normal approvals and in time the plan is for Joyent to remain independent.

Bryan Cantrill, Joyent’s CTO, said in a blog post the deal started out from a conversation amongst technologists in the mobile division of Samsung.

It was clear to Cantrill that the discussions became serious and led to the belief together it could lead to a level of scale and agility that would be greater than the sum of its parts.

“We had never had a potential customer this large who was this serious—but on the other, one of the world’s largest and most innovative companies betting its future on a start-up still seemed more like a Silicon Valley romance novel than a realistic aspiration,” he said.

The vision Samsung was imagining was using Joyent’s Triton solution and Manta as the server-side foundation for a new generation of mobile- and IoT-based applications.

Beyond the potential this deal would mean Samsung becomes Joyent’s largest client and its resources could set Joyent apart from other players.

Cantrill added that this deal is not your typical Silicon Valley exit, but rather an entrance to a new-found level of scale to tackle a new scope of problems and drive another generation of innovation.

It’s also a validation when one of the world’s largest companies sees what you see and has seen fit to supercharge the technology, he added.

“A decade ago, one probably wouldn’t have guessed that the leaders in computing—which at the time included the survivors from the mainframe, minicomputer, workstation and personal computer revolutions—would become a search engine and an online bookstore. In this regard, cloud computing managed to achieve what previous computing revolutions did not: shift the wellspring of innovation away from those who merely design machines towards those who actually use them to solve their own problems.”

Paolo Del Niblettohttp://www.computerdealernews.com
Editor of Computer Dealer News, covering Canada's IT channel community.
Previous articleThe top ten IT security tools for 2016 — and why the CSO should care
Next articleThe need for speed in customer service accelerates e-signature use