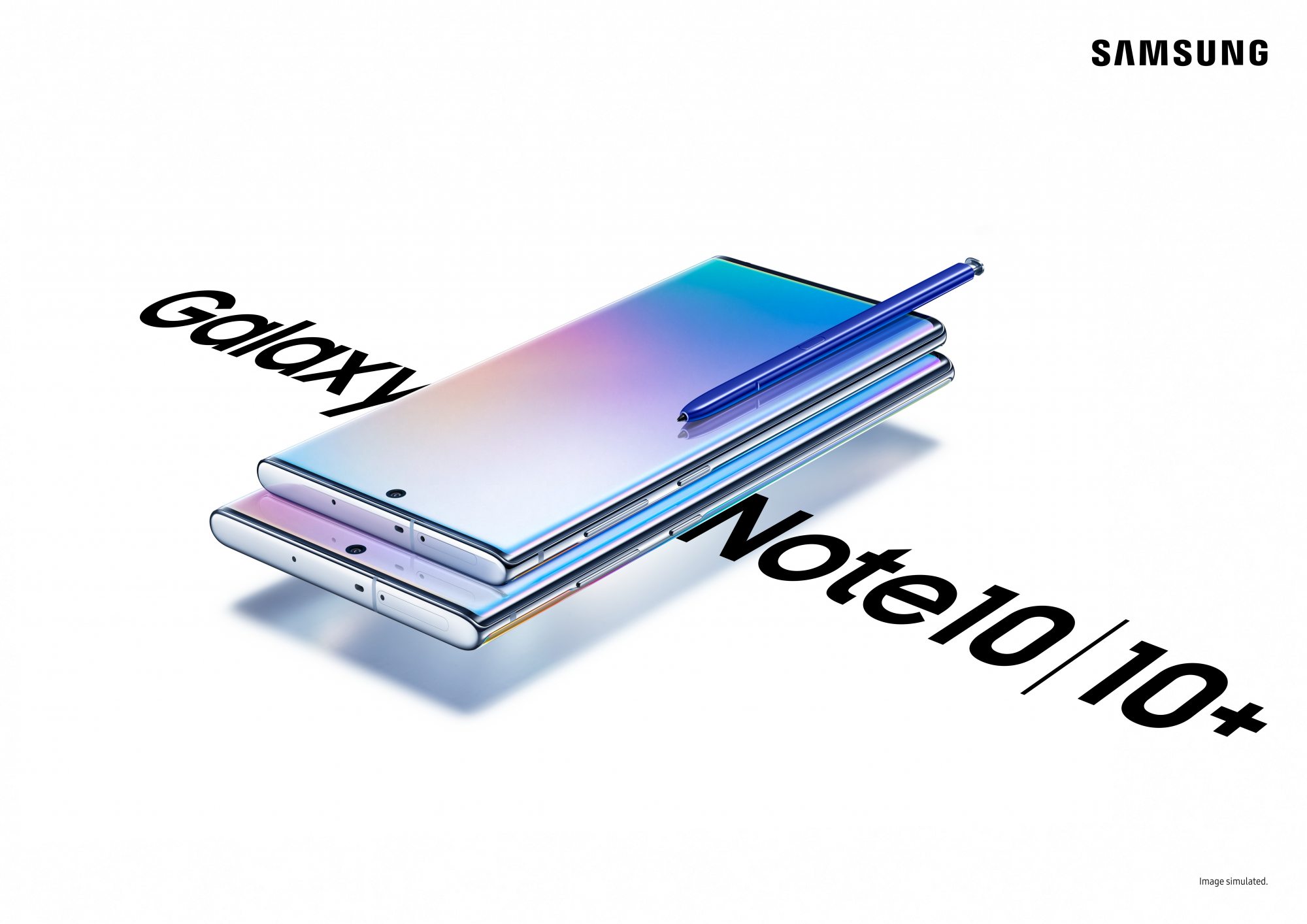 Whereas the Galaxy Note series has traditionally stood as a single device, Samsung is splitting it into two this time around. The Note 10 lineup is made up of the 6.3” Note 10 and the 6.8” Note 10 Plus, both of which will carry A bezeless display protected by Corning’s Gorilla Glass 6. The punch-hole front-facing camera has been centered to give a better perspective.

Aside from the new Time-of-Flight (ToF) sensor on the Galaxy Note 10 Plus, the main image sensors remain unchanged from the Galaxy S10 Plus. Multiple Samsung representatives at the show floor said that most of the enhancements are in software, and not hardware. Features like real-time video editing and 3D scanning are a few marquee features.

The Note 10 series also comes with focused microphones that can draw audio from a specific point in the scene when shooting video. Its microphone array is cleverly hidden in the camera bump.

For the North American market, both the Note 10 and Note 10 Plus feature the Qualcomm Snapdragon 855 chipset, the same one used for the Galaxy S10 Plus. International versions have the just-announced Samsung Exynos 9825 chipset.

A 5G variant of the Note 10 Plus is also available, but they won’t make their way into Canada due to the lack of 5G networks.

The S Pen stylus is the most important feature of the Note series. For the Note 10 series, the S Pen now includes 6-axis motion sensor for air gesture control. To activate, press and hold the pen’s side button and make a gesture. Users can switch camera modes, change the camera, and control the zoom by swiping in the air. Samsung has also released an SDK for app developers to create their own custom gestures. 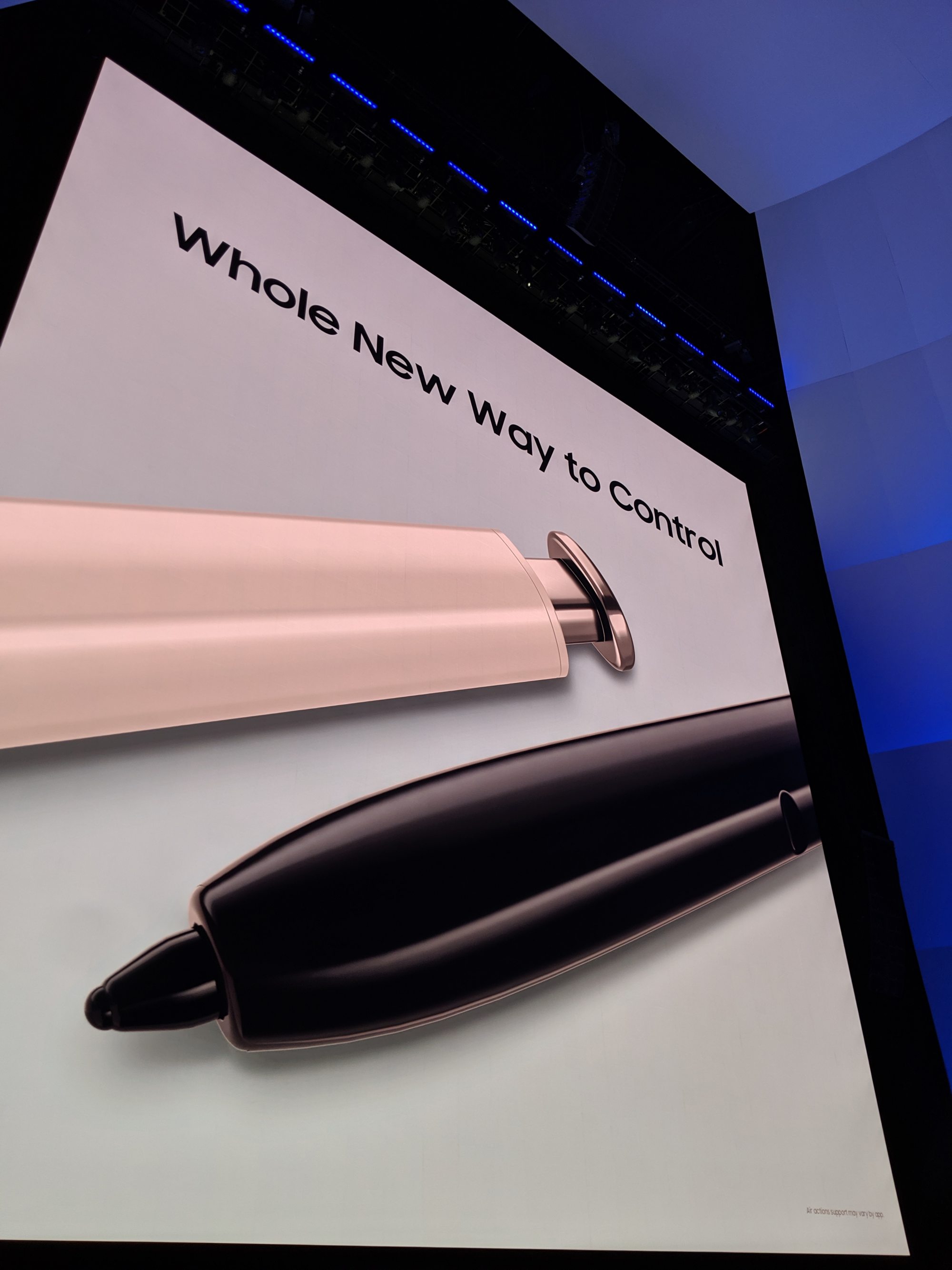 DeX, Samsung’s smartphone desktop simulation feature, now also works on Windows 10 PCs and Macs. When enabled, the user can answer calls and texts straight from the computer. Samsung emphasized its partnership with Microsoft and has invited Satya Nadella, Microsoft CEO, to speak on stage.

The Note 10 starts at US$949 while the Note 10 Plus starts at US$1,099. Preorder will open tomorrow from both the Samsung Store and the Microsoft Store. They will officially ship on August 23.

Tom Li
Telecommunication and consumer hardware are Tom's main beats at IT World Canada. He loves to talk about Canada's network infrastructure, semiconductor products, and of course, anything hot and new in the consumer technology space. You'll also occasionally see his name appended to articles on cloud, security, and SaaS-related news. If you're ever up for a lengthy discussion about the nuances of each of the above sectors or have an upcoming product that people will love, feel free to drop him a line at tli@itwc.ca.
Previous articleTwitter says bugs in ad system led to data leaks
Next articleHashtag Trending – Apple launches credit card; Amazon coaching law enforcement; Solar-powered phones a possibility