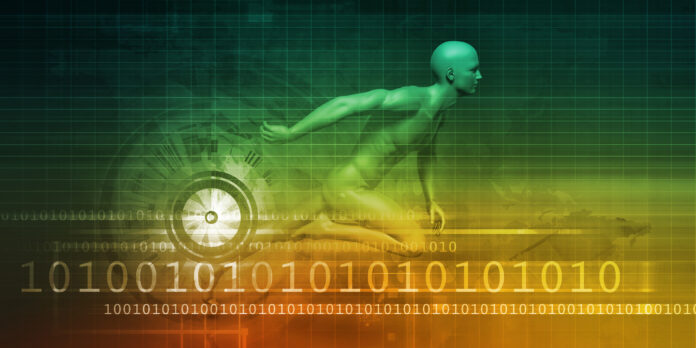 Technology is advancing at a pace never seen before, but this rapid acceleration has resulted in an overload of choices, which is posing challenges for many businesses.

Majority of businesses (75 per cent) are willing to invest in new IT technologies to stay competitive, but many of them feel overwhelmed by the sheer number of choices and services available, according to a whitepaper, The Paradox of Choice: Opportunity Costs of Companies Not Adopting Technologies, published by Toronto-based technology solutions provider, Third Octet Inc., and conducted by York University’s Schulich School of Business.

“Many of the experts and directors we spoke with for this report admitted that they’re missing out on opportunities to improve their IT processes and operations because there are so many choices and they’re finding it difficult to move forward,” Colleen Cronin, marketing director for Third Octet, tells IT World Canada.

The research team from Schulich conducted interviews with 16 IT heads and experts, such as CIOs, CTOs and directors of IT, across varying industries in Canada, ranging from not-for-profits and startups to large corporations. The report separated its results into categories to reflect the three main types of organizations: not-for-profit, low IT needs, and high IT needs.

Not-for-profit organizations are characterized by low competitive pressure and generally have smaller annual IT budgets of under $100,000. The report says that these groups value minimizing costs above all else, meaning they often stick with older IT infrastructure that “does the job” instead of upgrading to services that are more efficient.

“Not-for-profits are often stuck in a ‘catch 22’ situation,” explains Third Octet CEO, Norrie Davidson. “They don’t want to spend money upgrading IT infrastructure because they want as much donor money as possible to go to their cause, but at the same time, if they don’t have the proper tools to actually market themselves and get the message out to potential donors, whether that’s by updating their website or utilizing a simple way of collecting donation money, they can miss out on a lot of donation opportunities.”

Related Stories
10 challenges facing IT leaders in a startup

‘Low IT need’ companies share similar traits with not-for-profits in the sense that they prioritize keeping costs low, with annual IT budgets around the $100,000 mark, but also have a desire to stay relevant and competitive with their peers. Mostly service-based businesses, this group gravitates towards IT subscription services because of smaller initial costs that can be easily downsized, despite costing more in the long run.

According to the whitepaper, “for low IT needs personas, the main cost is neglecting to actively pursue IT solutions. A CIO of a mining company fitting the Low IT Needs persona shared that “because of the vast number of choices, they do not know when to best choose and upgrade their IT.” This can cause companies to miss out on opportunities to improve their IT and in the process, negatively impact their growth and efficiency in the utilization of resources.”

The last group, ‘high IT needs,’ “operate in a high-tech industry that is constantly evolving, which presents a strong need to stay ahead of the competition and lead the industry in IT-related investments,” the whitepaper says. With budgets ranging from $100,000 to over $1 million, these kinds of organizations are constantly on the lookout for innovative technologies to improve company operations and prefer upfront payments for their IT services due to higher long-term returns.

As a result, this category offers the most lucrative opportunity for vendors with the scalability to serve an organization made up of 150-plus employees. The challenge though for this group, is that most of the companies with this persona have existing relationships with large vendors. Firms fall back on their ‘trusted’ existing IT vendors and take the risk of assuming that these vendors are at the leading edge.

However, the paper also notes that these larger corporations often have issues fully allocating their IT budgets, leaving room for an improved IT technology adoption process.

“Large companies often have five or six different decision makers across different departments, like finance and legal, which complicates the IT infrastructure adoption process to the point of a stalemate where choices aren’t made, or not quickly enough,” Davidson says.

But if companies can’t spend their allocated budget, they risk shrinkage from upper management in future years, so Davidson recommends they find a way to work around this.

The report also found that large corporations, as well as rapidly growing mid-sized firms, believe it is crucial to have 24/7 IT services available, which can often mean later hours or weekend work for staff to serve their customer base.

The majority of the respondents also highlighted millennial worker turnover as a potential future threat and put an emphasis on revamping human resource functions to better reflect what young people want out of a job.

If you’d like to read the full report, Third Octet has made it available here.

Mandy Kovacshttp://www.itwc.ca
Mandy is a lineup editor at CTV News. A former staffer at IT World Canada, she's now contributing as a part-time podcast host on Hashtag Trending. She is a Carleton University journalism graduate with extensive experience in the B2B market. When not writing about tech, you can find her active on Twitter following political news and sports, and preparing for her future as a cat lady.
Previous articleHow Information Builders is leading York Regional Police into the 21st century
Next articleCRTC rules smaller mobile carriers cannot let users “permanently roam” on big networks