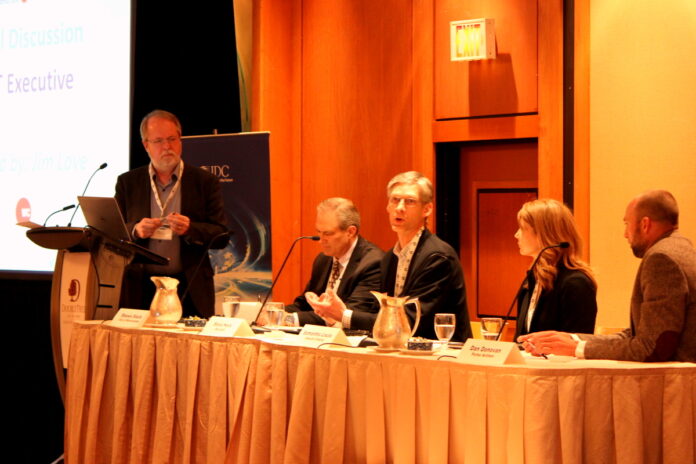 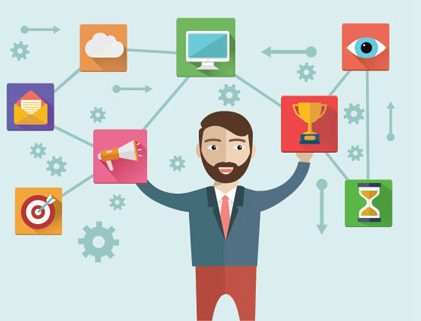 IDC analysts presented research that shows where Canadian businesses are at in their digital transformation journey, and what emerging technologies will become more prominent as they go further down that road in the next few years. 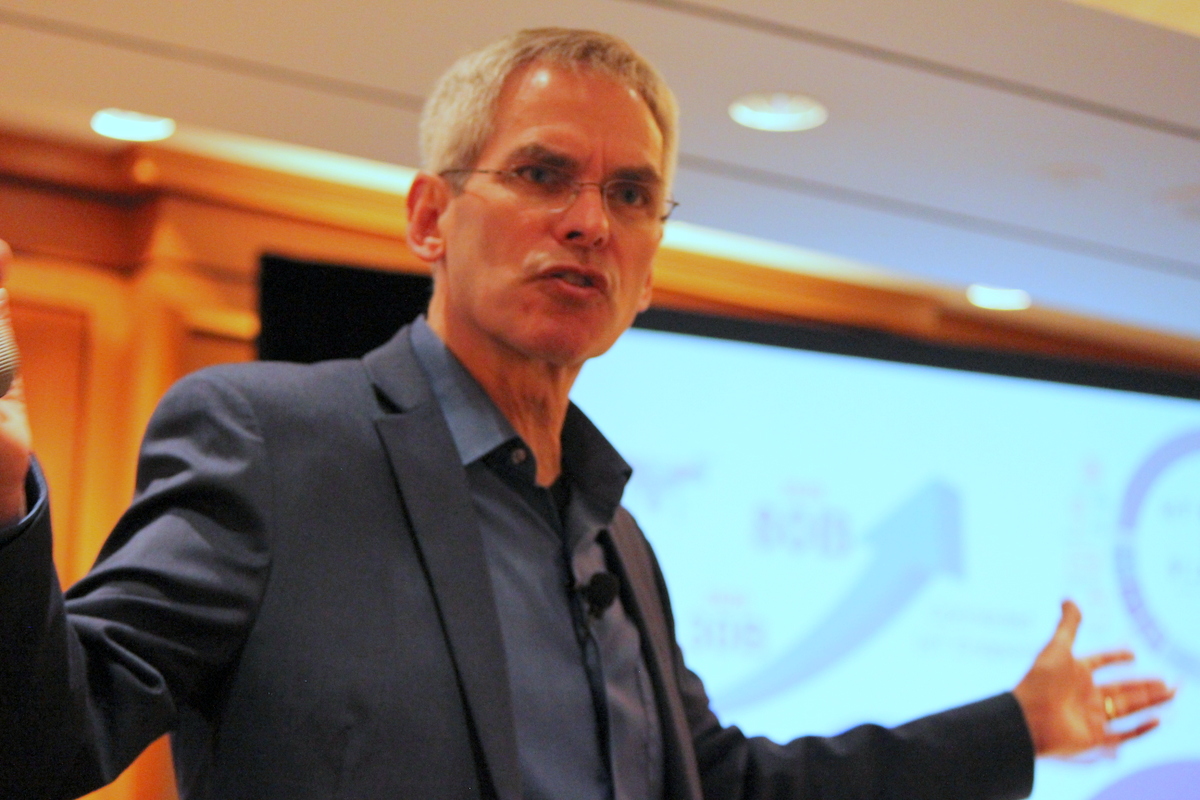 Gens’ opening keynote painted a picture of an economy in upheaval, with digital transformation the defining factor. Uses data graphs and charts to draw the picture of the increasing pace of change, IDC’s chief analyst predicted that by 2025 the digital economy would be “almost everything.” Spending on transformative third-platform technologies will grow 11.8 per cent annually until 2021 at least, while spending on legacy IT will shrink at a pace of 6.8 per cent annually. 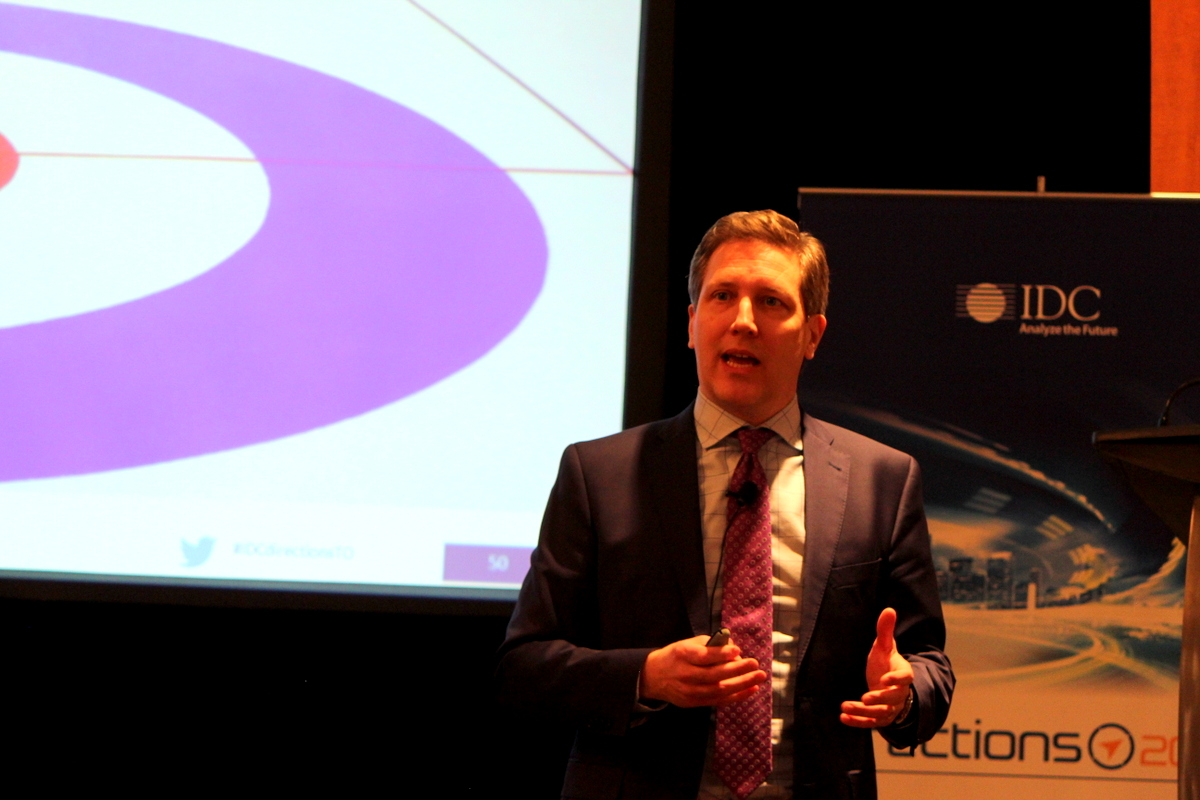 Starting with a fine curling analogy, Olvet had a tough message for Canada – we’re on thin ice when it comes to the digital economy. “There’s lots of innovation going on in Canada, but there’s more than we can do.” The problem is that manual work is taking up all of IT’s time and there’s not time for innovation. Plus, IT suppliers just aren’t delighting their customers, failing to help executives solve problems, increase their ROI from investments, and provide innovative ideas. To overcome the odds, work with niche players, recruit digital skills globally, and retain experienced outsourcing firms. 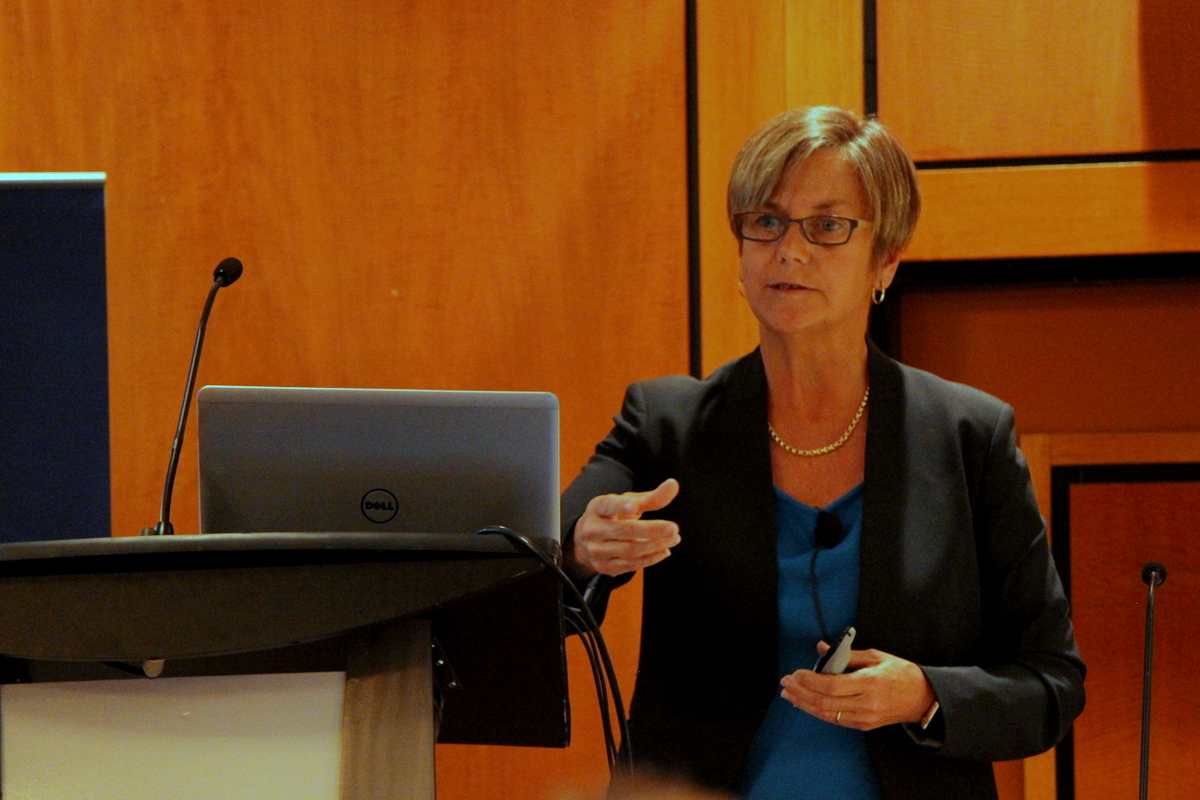 Hand brought a retail focus to the digital transformation discussion, underlining the omni-channel challenge that’s being faced. Macy’s increased investment in its ecommerce operations for years, only to falter in stores, recently announcing the close of some stores. “The bar is much higher than it used to be,” she says. “Industry really needs to fight for consumer loyalty. Brands need to bring their A game.” That A might just stand for Amazon, considering the disruptive company has seen 44 per cent annual growth rate recently, while no other retailer has cracked 3 per cent. 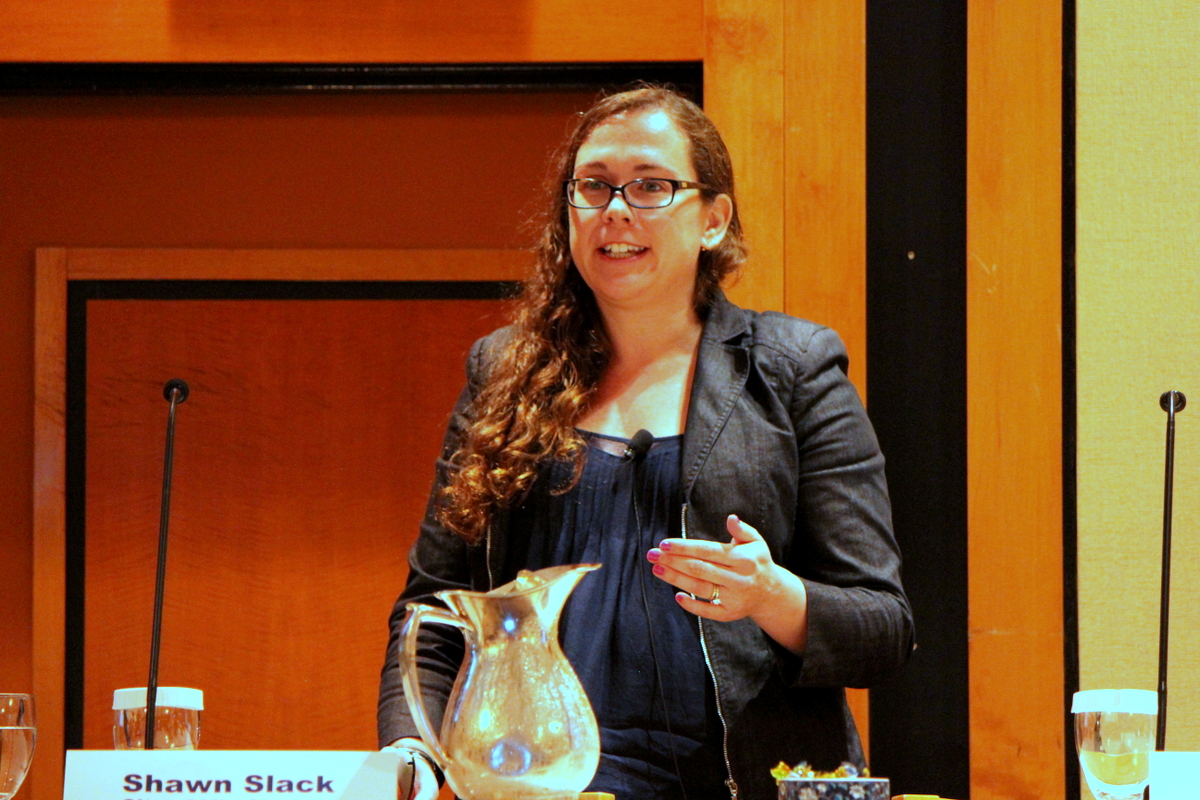 Perry turned the conversation towards AI, pointing out that when IDC talks about this booming technology trend, it means more than an algorithm that can follow a simple decision tree. It’s talking about cognitive software that can learn, which it predicts will be a $700 million market by 2020 in Canada. Banks will be the first users of such solutions, for applications like fraud detection. If your bank asks you to state your name and address on the phone, that’s because it’s the best way to get a voice biometric imprint against you. 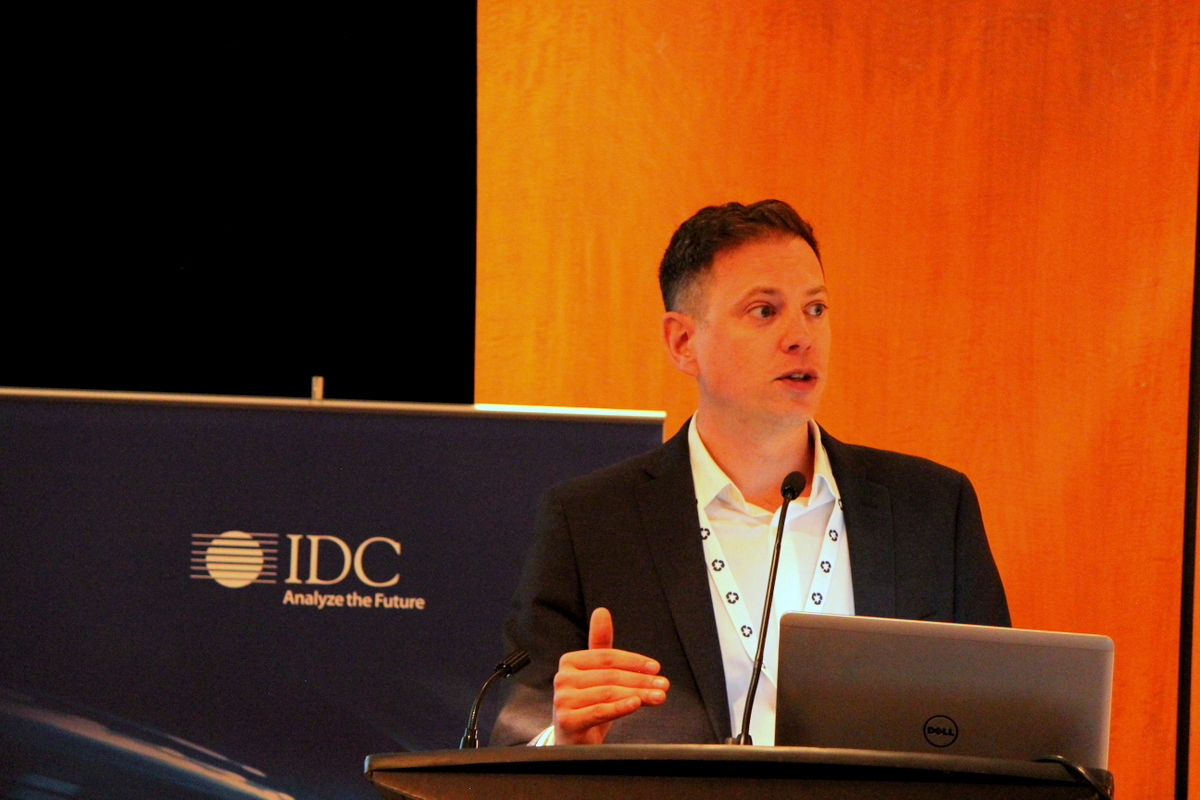 Bouchard touched on some of the darker side of technology with some good Black Mirror references, then said that lines of business are the driver of disruption because they will see the most benefits from augmented reality (AR) and virtual reality (VR) technology. Those benefits include improving worker productivity and safety, providing better service to customers, and easily recording videos for training. A survey of Canadian businesses shows that 16 per cent plan to deploy AR with eyewear in the next 24 months, and 21 per cent plan to deploy AR with tablets. 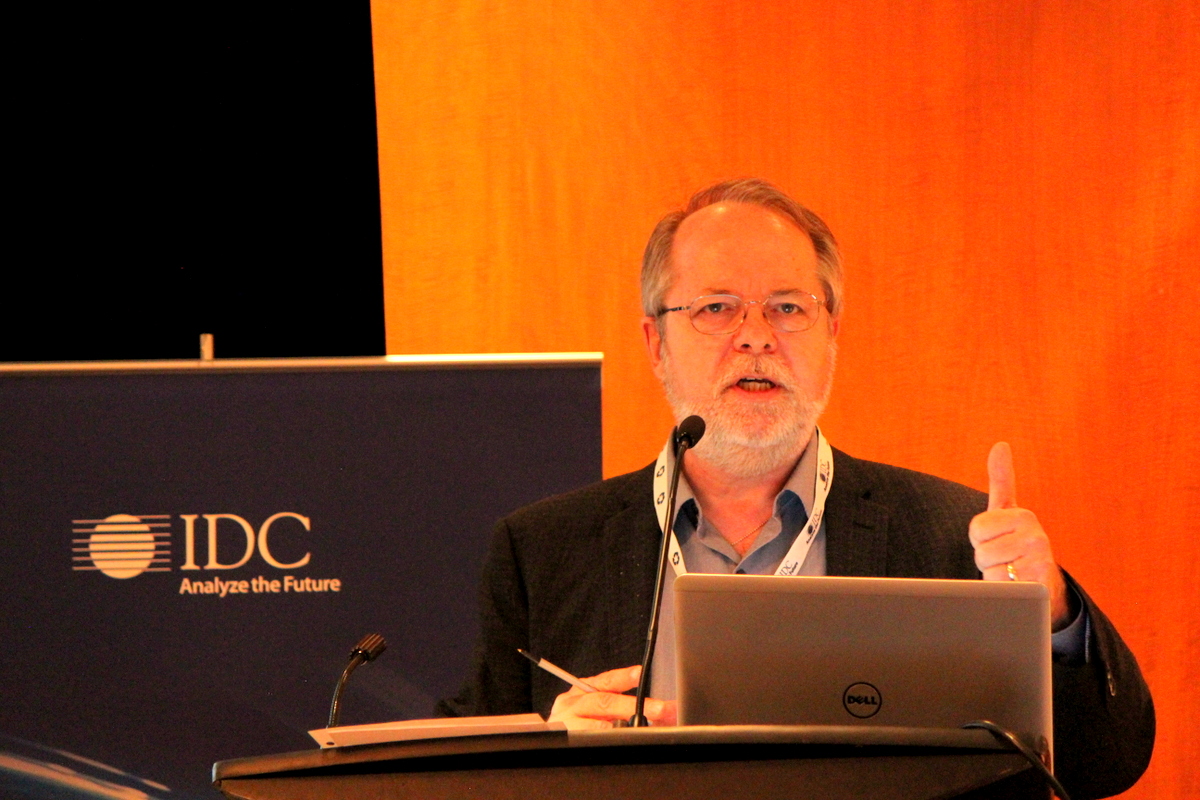