DALLAS — The head of Nortel Networks reassured some of his biggest customers and employees that despite several years of restructuring, cost-cutting and layoffs, the company is moving in the right direction.

Two years ago, Nortel was losing market share in almost every area, he acknowledged, the company had an uncompetitive operational and cost structure and had run operating margin loses in four of the past five years.

However, he said, “our trajectory is improving,” and promised improvements in product quality, building customer momentum and solidifying the health of the company.

In addition, new partnerships with companies such as Microsoft, IBM and LG are driving revenue.

The address was full of statements that Zafirovski has given to financial analysts at quarterly financial meetings over the past year — that Nortel has shifted the bulk of its research and development from legacy products to growing technologies such as wireless, that it launched 150 new products last year.

To the question “can Nortel regain the lustre it had?”, he admitted that “we have a ways to go.” But he emphasized that the company is increasingly paying attention to customers.

Irwin Lazar, principal research analyst at Nemertes Reserach of Mokena, Ill., said Zafirovski’s address is another way in which he is trying to inject optimism in the company. Its financial troubles have created uncertainty among some corporate buyers, he and other industry analysts have noted.

“I think there’s a sense of stability now,” he said. “When we talk to customers now they’re much more comfortable with where Nortel is, especially in light of the Microsoft partnership. That’s been a huge bonus. There are Nortel customers that two years ago would have moved to Cisco or a competitor for VoIP, and I think it’s opened some doors for Nortel to win some business.

“It’s a much more optimistic company.”

Brent Kelly of Wainhouse Research credited Zafirovski’s candidness with customers and analysts about its problems with helping to right the company’s reputation. While there are a lot of customers that have cut Nortel from their buying lists, he recalled recently coming across one global company — not brought to his attention by Nortel — that has started buying gear from it in part because it is impressed with its product roadmap.

This is not a conference where Nortel is unveiling new products.

But David Downing, general manager for enterprise and SMB communications solutions, did say that its BCM 450, which lets small and mid-sized businesses add IP telephony to their systems, will be released in October. The BCM 450 will scale up to 300 users, which is more than twice as many as the BCM 400.

The company also said that it will decide “in the next couple of months” if it will add SIP lines to the BCM family, which would make it a survivable gateway for branch offices if the corporate WAN fails.

Pricing for the BCM 450 wasn’t immediately available. CS The BCM family is for companies that want to be IP-enabled but don’t need unified communications features found in Nortel’s CS 1000 server, Downing said. He also confirmed that Dell will become the third server maker to bundle the CS 1000 on its hardware next year when version 6.0 of that application is released. IBM and Hewlett-Packard already sell the CS 1000 with select servers, although it will only be later this year that those manufacturers will sell hardware with the Nortel software installed.

As Joel Hackney, Nortel’s president of enterprise solutions said in an interview, “unified communications is here and real, and Nortel is leading it.”

Yet not even industry analysts can agree on a definition of UC or how to get there. Gartner analyst Bob Hafner, speaking as part of a panel discussion, said no vendors have a comprehensive unified communications strategy — some have conferencing strategies, telephony strategies, messaging strategies. etc.

Organizations have to look at how their companies communicate and choose the solutions that will help drive UC, he said.

In particular, organizations should look to use communications to speed up business processes that get slowed by human intervention — for example, approvals of expense forms slow down when managers have to approve certain steps. Some of these approvals can be automated through communications, such as an approval over the phone or by e-mail.

He emphasized that a unified communications system can only be achieved in steps.

“Don’t try to boil the ocean on Day 1,” he advised. Keep projects simple at first.

This strategy was in part underlined by a keynote presentation Tuesday by Tom Hughes, chief information officer of the U.S. social security agency.

The department, which has some 1,600 offices across the U.S., usually opens and closes about 150 offices a year, putting a strain on its phone system. Several years ago it decided to move the entire department to a Nortel voice over IP system over 10 years and ultimately to a converged network that will save money and serve taxpayers better.

The move to VoIP is only a step on that road, he acknowledged. Senior managers aren’t exactly sure what he’s doing, he said. It’s been a process of educating them and, he advised the audience, you won’t have all the answers.

In fact, he suggested organizations set up a committee of department heads from across the company to learn about and plan for a UC system. Single departments can make changes, but when change goes across departments that’s when things can get blocked.

As with all major IT projects, keeping executives engaged is vital, he said.

Howard Solomon
Currently a freelance writer, I'm the former editor of ITWorldCanada.com and Computing Canada. An IT journalist since 1997, I've written for several of ITWC's sister publications including ITBusiness.ca and Computer Dealer News. Before that I was a staff reporter at the Calgary Herald and the Brampton (Ont.) Daily Times. I can be reached at hsolomon [@] soloreporter.com
Previous articleOpinion: What Warren Buffet can teach you about IT success
Next articleService Nova Scotia eyes Web 2.0 opportunities

Infosys to set up digital development centre in Mississauga, create hundreds of... 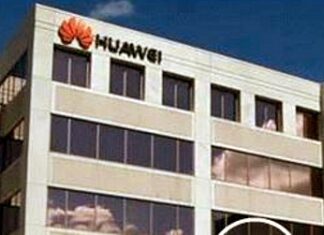