As mobile apps become increasingly important – and necessary – for successful businesses, the challenges in developing them have also grown, says the low-code platform company’s fourth annual report, App Dev in the Age of Digital Transformation, Low-Cost Platforms and Citizen Developers.

The report surveyed over 3,200 IT professionals from 40 countries and 28 industries and found that mobility – or the ability for an app to function on a mobile device – was the most common business requirement for apps, up from sixth place in the company’s 2015 survey. In particular, “88 per cent of respondents noted that it was either a requirement or very important to incorporate mobile functionality into their current and future applications.”

All of the IT professionals surveyed say they will build apps this year, with almost half (44 per cent) saying that they will develop more than 10 and nine per cent planning to deliver over 50. Roughly one of seven IT professionals said they are aiming to create more than 100 apps in 2017, a “staggering” number, the report adds.

“Not surprisingly, large organizations generally plan to build more apps than smaller ones,” the report continues. “In fact, 34 per cent of companies with more than 5,000 employees said that they intend to build at least 25 apps in 2017. In many cases, these are indeed very lofty goals that not only demonstrate high levels of demand, but also put tremendous pressure on today’s IT teams.” 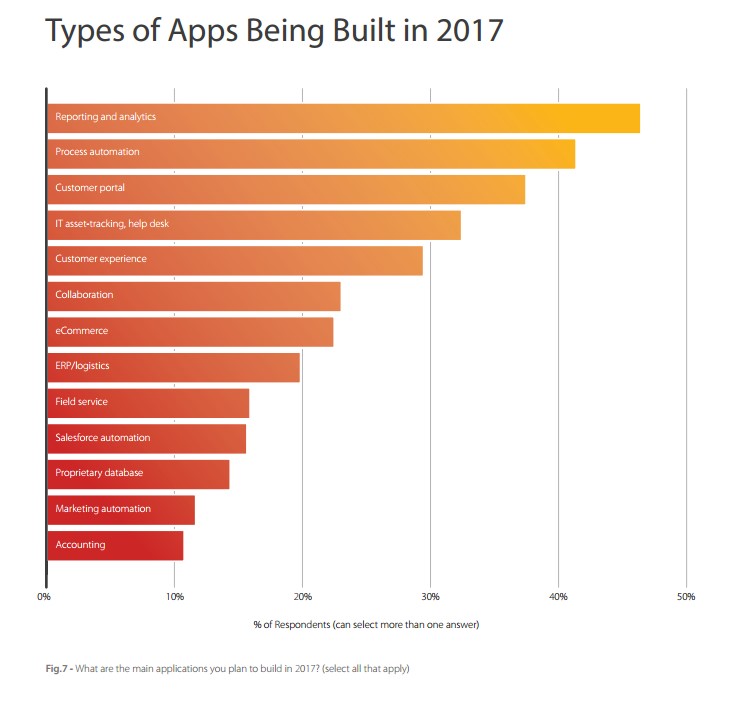 However, barriers to successful app development have become “overwhelming,” the study finds. Time and budget constraints were the biggest cited, followed by a gap in skills, an onslaught of competing priorities, and a shortage of mobile developers. 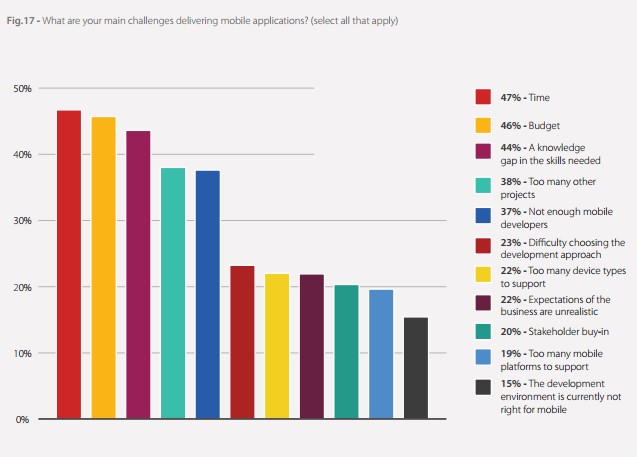 In fact, the report quotes an October 2015 Gartner study that predicts market demand for app development “will grow at least five times faster than IT’s capacity to deliver it through 2021, and that one out of every three new B2E [business-to-employee] mobile apps will fail within six months of launch by 2019.”

OutSystems’ report finds that well over half of IT professionals (62 percent) reported having a backlog of mobile apps, some of whom have more than 10 apps waiting to be developed.

“Our 2017 survey clearly shows that many IT professionals are at a crisis point when it comes to digital transformation and application development,” said Steve Rotter, CMO for OutSystems. “Project backlogs are growing, there are more systems to integrate with, the demands for mobile and IoT are increasing, and the scarcity of skilled developers are top concerns.” 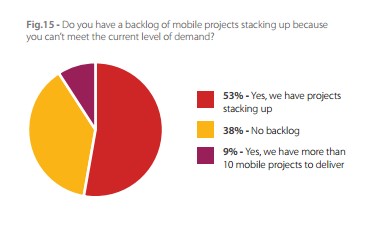 The length of time it takes to develop a mobile app is one of the main factors of this backlog. According to the report, more than three-quarters (76 per cent) of IT professionals say it takes “over three months, on average, to develop a mobile app.” One out of 10 respondents take even longer, with their required time going beyond a year.

“Not surprisingly, this is leading to considerable dissatisfaction, with nearly half (44 per cent) of respondents saying that they’re not happy with the current velocity of their application development team,” OutSystems reports. 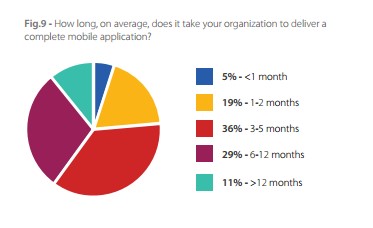 But a shortage of people capable of creating these mobile apps has also been a major problem in the IT sector. More than a third (37 per cent) of organizations reported that they are already facing a shortage of mobile developers, and 44 per cent reported that they are experiencing a knowledge gap in the skills needed to undertake mobile development.

Interestingly, part of the survey explored what skills companies are looking for in app developers and found that those who experiment with newer and less technical approaches, such as HTML, user interface design and JavaScript, are more sought-after. These creators are easier to find and tend to focus on front-end development – or the look and feel of the app – instead of just functionality. 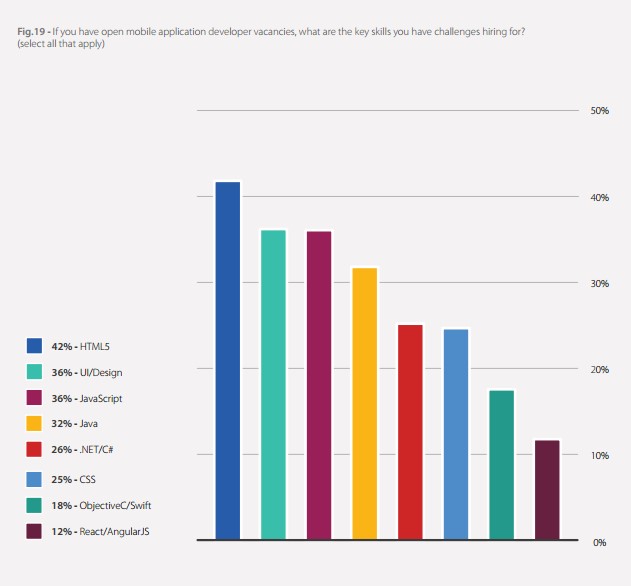 However, many companies are turning to non-professional “citizen” developers as a cheaper, easier to find, and often faster, alternative. According to the report, 43 per cent of those surveyed support citizen developers already or are considering doing so, and this number will only increase going forward.

According to 2015 Gartner research, “by 2020 at least 70 per cent of large enterprises will have established successful citizen development policies,” although in general, “the smaller the size of an organization, the more likely it is to take advantage of citizen developers.”

Experimentation is on the rise

OutSystems’ report found that in the wake of expanding challenges, organizations are increasingly experimenting with their approach to app development. A popular option is using low-code or no-code platforms, which is defined by U.S.-based market research company Forrester as solutions that “enable rapid delivery of business applications with a minimum of hand coding and minimal up-front investment in setup, training, and deployment.”

Low-code platforms “dramatically increase” productivity and speed of a development team, and 43 per cent of those surveyed say they use such technology. Forrester expects the market for low-code software platforms “will increase by a factor of nine to over $15 billion [USD] over the next five years.” 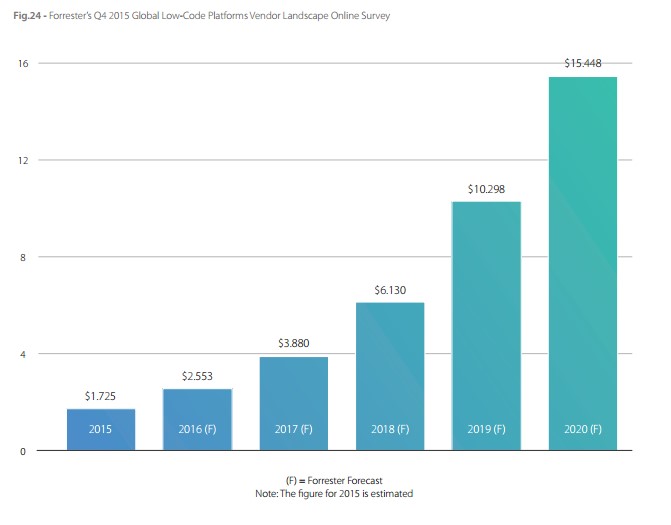 Mandy Kovacshttp://www.itwc.ca
Mandy is a lineup editor at CTV News. A former staffer at IT World Canada, she's now contributing as a part-time podcast host on Hashtag Trending. She is a Carleton University journalism graduate with extensive experience in the B2B market. When not writing about tech, you can find her active on Twitter following political news and sports, and preparing for her future as a cat lady.
Previous articleHow AI is disrupting compensation claims when your flight gets disrupted
Next articleCisco pushes digital transformation with DNA roadmap