VANCOUVER – Artificial intelligence is just like teenage sex – everyone is talking about it and no one is doing it.

Third platform technologies as defined by analyst firm IDC include cloud computing, social media, and data-driven analytics. With three panellists delving into the details on artificial intelligence, cloud integrations, and digital workplace engagement, attendees were well immersed in the third wave and even halfway into the fourth.

Here are some of the top takeaways from the panel and the discussions that followed: 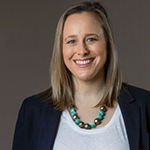 AI is reaching an era of customization and consumerization that we haven’t seen before, Cartwright says. But while “people are talking about it, there’s not a lot of action.”

As an example, Cartwright points to the conversations she’s having with bank executives. There’s not a single one that isn’t contemplating how AI fits into their strategy. They’re dabbling with some prototypes and looking to move forward with something that drives real business value.

For Finn.ai, a natural-language processing platform tailored to provide bank services, Cartwright is finding success by following a gradual, risk-managed approach. “It’s sort of like a child you have to raise,” she says.

The cultural change to grasp AI capabilities has to be realized as well. Banks must have a customer-centric focus in order to see the value in organizing to push out services in new modes of engagement.

“Increasingly you’ll have to meet customers where they are – with Alexa, Google Home, and WhatsApp,” Cartwright says. “If you’re holding data on me, then I’ll expect that you’re using that data to better serve me.”

AI will help banks meet the increased expectations from customers for personalized service through various touchpoints. 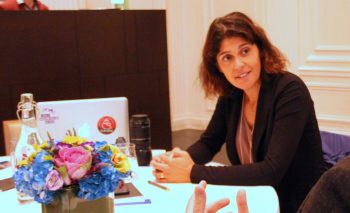 It’s important to maintain that empathetic lens when applying this type of assistive technology, she says. If you can be clear about what goals are important, then you can start identifying what you’ll measure and what the targets are.

“We all have deep inherent biases to how we view the world,” Sanders said. “Don’t’ fool yourself that having an AI component means you’re not vulnerable to those biases.”

The key to successful projects in this area is to collaborate across different functions in the organization. Try launching a project with a meeting between a technical rep, a human resources lead, and a marketing and communications person. “It’s amazing how many challenges can get discussed early on with this sort of trifecta,” she says.

Beyond hiring, don’t be afraid to allow employees to communicate with social media tools faciliated by the company, Sanders advises. If you’ve already put your faith in a person by hiring them to your team, then you can also give them that trust that they are going to communicate in a responsible way.

“Kiboshing the channel isn’t going to solve any problems,” she says. “Conversations are happening already and going unaddressed.” 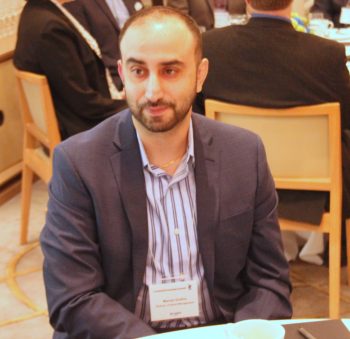 Similar to Sander’s point about having clear goals, Godhia says that you must know what you want to accomplish when you’re setting out on a cloud infrastructure project. Cloud capabilities can help an organization mature its processes and become more nimble. Delivering internal IT systems even in a virtualized environment still takes an average of 19 days to be fulfilled, and that’s becoming less acceptable for developers working with an agile approach.

“From a people perspective there is a level of expectation there,” he says. “You have to be able to deliver these technologies to them.”

Also, don’t try to create your cloud strategy in a vacuum. Find partners that will help guide you through it. There are too many new developments to stay on top of – just last year, Amazon Web Services released 1,000 new services to its platform.

That pace of change is going to impact your organization sooner or later and it’s time to examine where that waterfall methodology of writing requirements, developing the product, and then releasing it into production isn’t going to cut it anymore. Developers can now tap into APIs to automate many of those processes and run code with on-demand compute power with an event-driven, trigger-based architecture.

Many organizations are prone to thinking they’re running a hybrid environment, but miss out on the fact it requires refactoring existing applications to take advantage of a scalable architecture, Godhia says.

“Hybrid is often misunderstood. people think leveraging some SaaS solutions and on-premises is hybrid, but that’s not true,” he says. “It’s when an application is written to scale organically, without the need for commands to tell it to do so.”

One more risk to steer clear of is sending traffic over the public Internet to a cloud partner. Not only will you not be able to ensure reliability, but your customers might be concerned about the exposure of that data in transit. Seek a private or direct link to your cloud partner to meet service level agreements.

Brian Jacksonhttp://www.itbusiness.ca/
Former editorial director of IT World Canada. Current research director at Info-Tech
Previous articleHashtag Trending – Lyft gets a billion dollar boost, AI learns how to master a game all on its own
Next articleCatalonia’s powerhouse startup ecosystem and what can Canada learn from it