BlackBerry CEO John Chen weighed in on the net neutrality discussion in the United States calling for a more “holistic view” which will extend the principle to the content and app level rather than remain focused on telecom carriers.

In a recent blog, Chen took a shot on the lack of openness in the mobile industry that has created an environment where iPhone and Android phone users have access to more content and application than users of devices running on other platforms, such as BlackBerry (TSE: BB).

“Unfortunately, not all content and applications providers have embraced openness and neutrality,” Chen said. “Unlike BlackBerry, which allows iPhone users to download and used our BBM service, Apple does not allow BlackBerry and Android users to download Apple’s iMessage messaging service.” 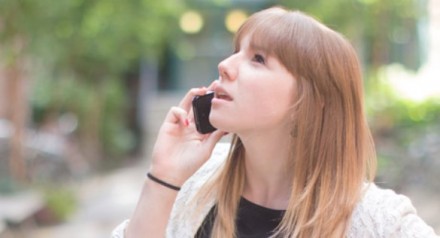 Chen also noted that movie streaming site Netflix, which advocated for carrier neutrality, has “discriminated” against BlackBerry customers by refusing to make it service available to them. Many app providers also offer services only to iPhone and Android users.

“This dynamic has created a two-tiered wireless broadband ecosystem, in which iPhone and Android users are able to access far more content and applications than customers using devices running other operating systems,” Chen said. “These are precisely the sort of discriminatory practices that neutrality advocates have criticized at the carrier level.”

Net neutrality is the principle that Internet service providers and government should treat all data on the Internet equally. On a broader sense it is against discrimination by user, fees, content, site, platform, applications, the type attached equipment and mode of communication. In the United States, President Barack Obama is urging the Federal Communications Commission (FCC) to protect the principles of an open Internet and the idea that all ISPs should treat all of the traffic on their networks equally.

The type of app neutraility Chen is propising could be a burden to some app developers. If developers are required to create applications for every platform this would mean more work and more investment that could be disadvantageous to startups and smaller outfits.

FCC rules forbidding wireline broadband providers from engaging in “unreasonable discrimination” in the way they give subscribers access to legal Web content, are striking similar to the wording of the Canadian Radio-television and Telecommunications (CRTC) rules on net neutrality.

Chen favours using current rules to protect net neutrality rather than regulating wireless rates by reclassifying broadband under Title II as a common carrier under the Communications Act. Title II currently defines telephone companies as common carriers and requires them to deliver service at “just and reasonable” rates and to interconnect with each other.

Given the nature of wireless networks, bandwidth limitations and the competitive wireless business environment in the U.S., reclassifying broadband as a Title II service, “seems excessive to us,” said Chen.

Chen, however, said that policy makers should focus on more than just the carriers, who he said “play only one role in the overall broadband Internet ecosystem.”

“Banning carriers from discriminating but allowing content and application providers to continue doing so will solve nothing,” he said.