Jeannie Button: better at her job than she is at golf 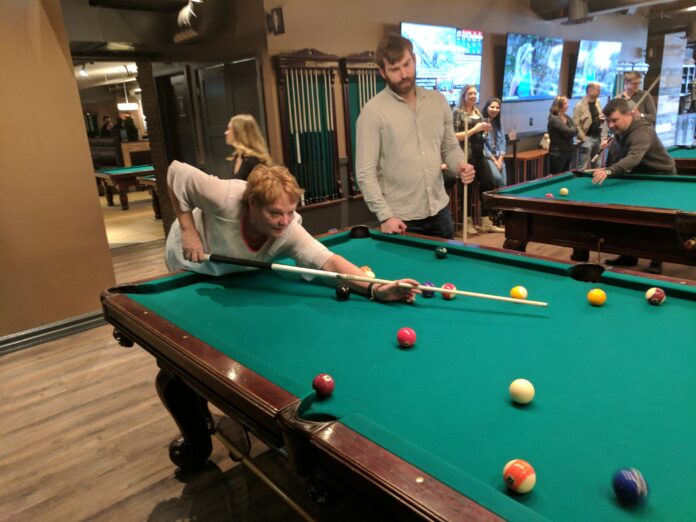 Audience services specialist Jeannie Button first started working at IT World Canada in 1995, the same year some of the company’s most recent hires were born.

“It was a fluke,” she recalls. Her mother came across the job listing in the paper. “She was looking out for me.”

She applied and was soon working in audience services division in the Brighton office for her boss, Pauline White. In the print days of the publisher, it was her job to keep track of the subscriber database and deliver statistical reports. The work was sometimes scrutinized by an auditor, a challenge that Button welcomed.

“It was always a good feeling when the auditor would give us a passing mark, because we knew we’d done our job right,” she says.

She remembers being inspired by the late Andy White, ITWC’s president and also the husband of her boss. She recalls meeting him on her first day at the Brighton office and his regular visits to check up on business and update employees.

“Andy White was a wonderful man,” she says. “He was a great leader at the company.”

Today, Button has survived the digital transformation at ITWC and is now tasked with sending out email newsletters, a job that sees her helping to organize five or six newsletters per day being sent to 10s of thousands of subscribers. She also helps coordinate the lead generation side of the business, sharing information between telemarketers to help with the quality control process, and eventually passing on the details of a lead or webinar registration.

While she’s no longer audited in her job, she still likes to bring a scrutinizing eye to her work. She often catches errors in email newsletters that editors missed.

“Some people in editorial might think I am stickler for detail, but it’s been pushed in my brain since I started here that we need to have quality newsletters,” she says.

After all the newsletters for the day are edited, tested, and scheduled, Button often heads to the golf course; four times a week if the weather permits. Her handicap is 26 – “that’s fairly high” she laughs – but that doesn’t keep her away from the local par three course.

Button also makes a routine of calling her mother on her drive home from the office. Now 87, her mother still lives in a Wooler, Ont. farmhouse with Button’s step-father, 92. Button describes her family as very close, and she visits there three times a week, and on Sunday night for a dinner that also includes her brother. Button’s own daughter is looking forward to a wedding this year, at the end of September. Her son is expecting a baby with his wife at the end of January.

“There’s lots of exciting things happening in the family to talk about,” she says.

Sometimes she might mention her job at ITWC – one that she says she loves and has been doing for a full 22 years now.

And that’s no fluke.