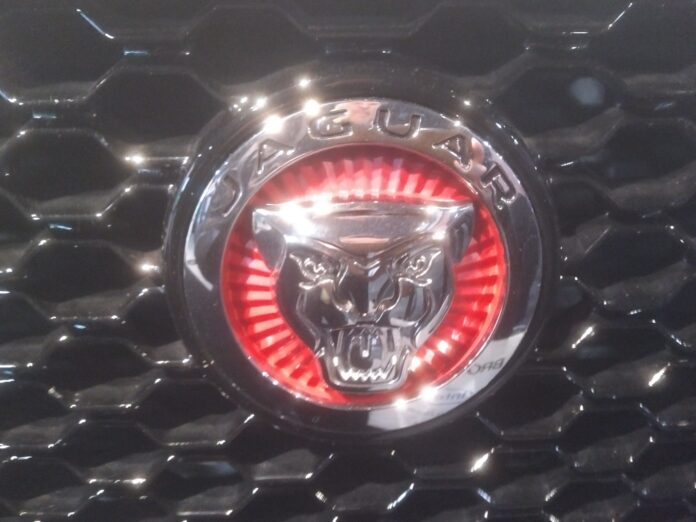 LAS VEGAS – Fans of Jaguar may be disappointed to learn that the Coventry, U.K.-based automaker wants to turn itself into a software development company.

As crazy as that sounds, the CIO of Jaguar Land Rover, was hired a year ago to be a change agent for the car company. Simon Bolton was brought on to transform the car maker into a technology company.
The reasoning behind this new strategy comes in many factors.

Jaguar was established in 1936 as a traditional mechanical engineering company.

“We make parts,” Bolton said. But those parts today have about 20 million lines of code. One of Bolton’s initial tasks as Jaguar Land Rover CIO was to increase the technical competencies of its workforce. “The cars are more like your smartphone and are able to get automatic updates over the air. This capability is not here now but it’s coming and we need to know things such as software release management. This is important because your new software update can’t breakdown your car,” he said.

Another factor is new marketplace disruption. According to Bolton, car consumers are moving away from the internal combustion engine. “Most people drive gas-powered vehicles, but the market is moving quickly to electric cars,” he said.

Uncertainty in the marketplace is the other challenge facing Bolton. While there’s government driven legislation in favour of the electric car the vast majority of customers don’t know what the future holds for automobiles and transportation. Bolton has accepted that the consumer behavior has changed and it was one of the main reasons for Jaguar launching its first electric car called the I-Pace concept car.

The Jaguar I‑Pace will be ready for the road sometime in 2018. The car will feature 516 foot pounds of instant torque, 400 horsepower and can go from zero‑60 mph about four seconds. But the car will also be a zero‑vehicle‑emissions automobile.

For the launch of the I-Pace, Jaguar Land Rover designed a transformational virtual-reality experience using Dell EMC technology. Most new car events, press and other car influencers are roped off from the concept car. Jaguar Land Rover only had one I-Pace concept car, but they wanted the world press to take notice. The car maker decided to use Dell workstations along with VR headsets from HTC. Dell EMC servers handled the back-end video streaming. The challenge came with computer-generated imagery taking hours to render per frame. And, this had to happen in multiple locations around the world.

Jaguar Land Rover had to find a way to deliver 90 frames per second in real time and put that on each VR headset. Dell EMC equipment the car maker with 114 machines for the VR launch. The Dell Precision 7720 workstation with a seventh generation Intel Core chip and Xeon along with Nvidia Quadro graphics card made it a VR ready machine for Jaguar Land Rover. This was supported with PCIe NVME SSD storage that provided more than 4TB of capacity with RAID support.

“The move to driverless cars and electric cars is all about technology,” Bolton said.

What has become clear to Jaguar Land Rover is this is a digital transformation strategy and it will be mainstream soon. He predicts the year 2021 for when people should expect to see significant autonomous cars on the road.

Beyond that connected cars is a major focus for Jaguar Land Rover. There will be more data being collected from car sensors and one of the first benefits drivers will see from automatic software updates is real time traffic information.

In the future, Bolton see a day when the data captured by the car will lead to predicting failures and possible fixes before the driver even knows there is something wrong. Also, this data can be used for modifying manufacturing and the supply chain for producing the cars such as the I-Pace.

“The sheer quantity of data we produce will only rise exponentially. The way we manage that data will be important,” Bolton said.

One thing Bolton does not plan on doing is running his own data centre for Jaguar Land Rover.

Another issue is 20 to 25-year-old legacy systems which are now running the company’s core financial, manufacturing and engineering systems.

“This is the number one priority. We need to move quicker as an organization to reduce cost and in turn invest those savings in our digital customer facing strategy,” he added.