To keep up with the firehose of news, we’ve decided to deliver some extra news to you on the side every Monday and Thursday morning. Some of it is an extension of our own reporting that didn’t make its way into a story, while others might be content we’ve bookmarked for later reading and thought of sharing with you. We’re doing a similar thing at Channel Daily News – check it out here. You can also view our previous ITWC Morning Briefing here. Today’s briefing is delivered by ITWC editorial director Alex Coop.

What you need to know right now

It’s what you need to know right now in the world of IT and tech – ’nuff said. (Often taken with a side of Hashtag Trending)

Tesla’s new battery goals, Toronto is a global powerhouse for startups, and new climate pledges for some of the world’s largest companies.

If all goes according to plan, Alberta’s tech ecosystem could be getting a big boost. The MaRS Discovery District yesterday announced that it’s in talks with the University of Calgary to create a new innovation hub in the region to “support Alberta’s growing innovation economy.”

“We are excited about the prospect of collaborating with the Calgary tech and innovation community, which already has a strong foundation in research and commercialization, and impressed with the Alberta government’s priority on innovation,” said Grace Lee Reynolds, chief ecosystem officer, MaRS, in a Sept. 23 press release.

Microsoft’s annual Ignite conference went virtual this year, and Microsoft CEO Satya Nadella took to the virtual stage – his living room, to be exact – to kick things off and talk about “tech intensity,” while sharing stories about business resilience during the pandemic, and more. The three-day event featured more than 800 online sessions and 48 hours of programming. Here are some of the announcements you should know about right now.

Microsoft Canada is launching availability zones in Canada, following through on a promise made in January and competing with similar infrastructure already rolled out by Google and Amazon Web Services.

A complete rundown of the latest updates to Microsoft Teams.

Microsoft Ignite 2020: Teams to get new well being features to reduce stress [IT World Canada]

Microsoft’s key tool in connecting a distributed workforce is its Teams communication platform. At Microsoft Ignite, the company announced a slew of new features in Teams to reduce work-from-home stress and improve collaboration regardless of location.

Are you getting the most out of your Azure investment? Microsoft featured one of its biggest partners in shipping giant Maersk on a webcast about optimizing Azure costs. Microsoft’s David Blank-Edelman and Dante Rasera were joined by Maersk executives Rasmus Hald and Will Owen, who broke down seven tips. Here some takeaways from the presentation. (Click on the images to enlarge). 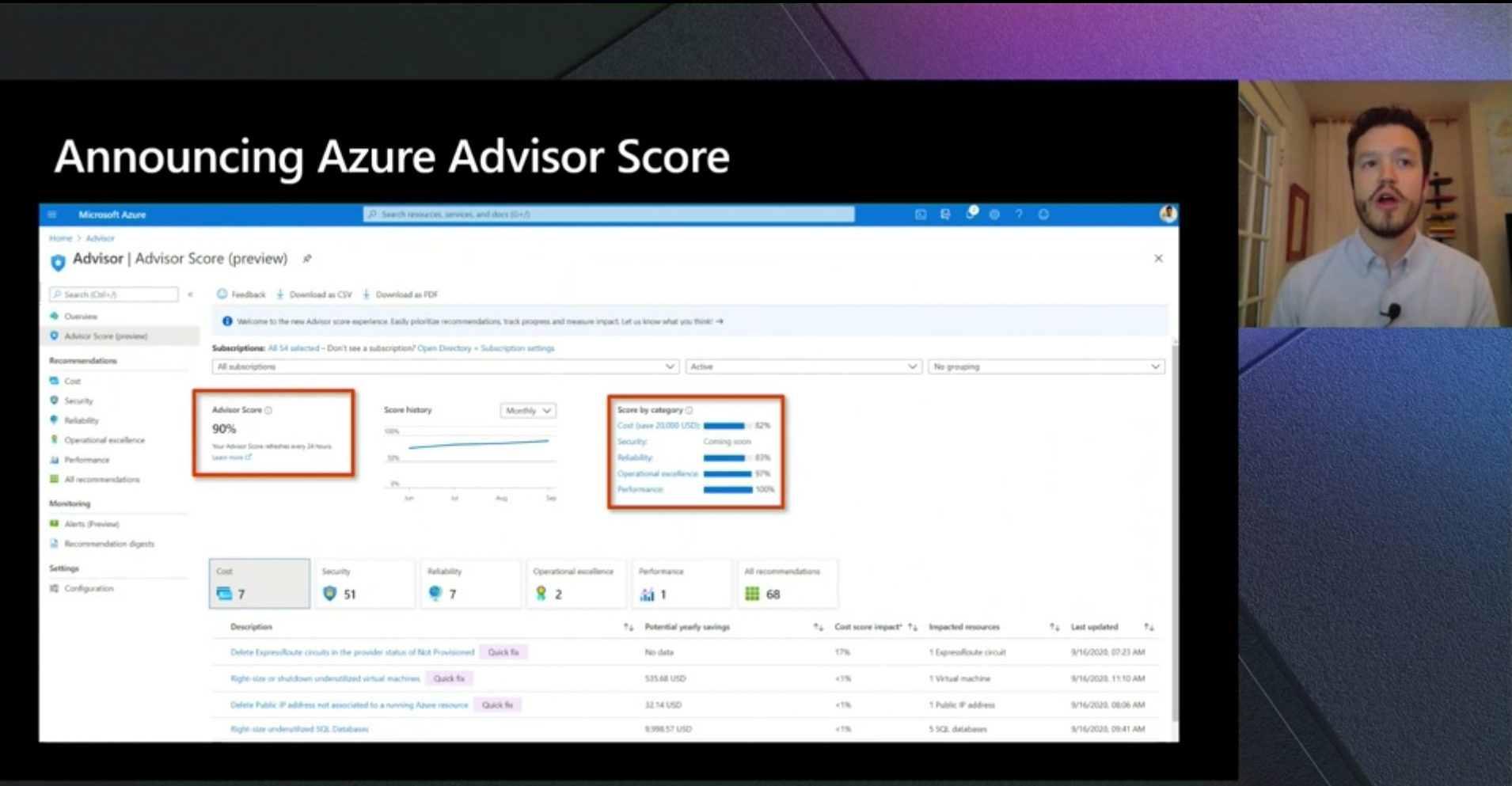 Waste reduction, panellists agreed, is often the easiest way to quickly reduce cloud costs – in some cases, reductions of up to 80 per cent, says Rasera.

All this talk about waste reduction also led to the unveiling of Azure Advisor Score, a new measurement tool in the Azure portal designed to help customers optimize cost, security, reliability, performance and operational excellence across all their Azure resources. Azure Advisor Score is available in preview now.

The National Standard of Canada, CAN/CIOSC 103-1, Digital trust and identity – Part 1: Fundamentals, according to the council, “specifies minimum requirements and a set of controls for creating and maintaining trust in digital systems and services that, as part of an organization’s mandate, assert and or consume identity and credentials in data pertaining to people and organizations.” [News release]

Available as a free downloadable infographic, 7 Myths About Blockchain—Busted, is the latest in a selection of free educational materials on the technology available from CompTIA and its Blockchain Advisory Council. Other resources include:

For several years industry experts have warned of a shortage of cybersecurity talent. Those reports are based mainly on vendor surveys of infosec pros who point to the number of open jobs on their teams.

But two Forrester Research analysts suggested this week the real problem is that infosec leaders are looking in the wrong places for talent.

Why 2020 has been the year of privacy engineering, and what it means for Canada [IT World Canada]

Privacy enforcement has moved from concept to reality, fuelled by the European Union’s General Data Protection Regulation (GDPR) that came into effect in 2018. Since then, more than 40 sets of privacy legislation have been enacted worldwide. And that, says lawyer Vanessa Henri, associate at Fasken, creates implications for businesses. Check out this preview of her presentation, which will be held Oct. 7 during MapleSEC.

The Cyber Centre would like to underline the importance of general security best practices, particularly that of maintaining software applications to the latest patch level.

This is the most interesting mobile security project I’ve seen in a very long time, by one of technology’s brightest minds. Keep an eye on it.

(Here’s an academic paper we wrote together on hacking the iPhone—for which he did by far the hardest work: https://t.co/hFexpqTefA ) https://t.co/oZrMOgDU6J