IT explained in 9 simple words

“I wish we had known that you IT guys needed to be involved in this. We would’ve brought you in sooner.”

And so it was, another one-off initiative started by business that couldn’t be finished until corporate IT was brought in to button the whole thing up and make it work.

With all the talk about 2010 being the year of IT transformation, there needs to be a candid discussion between both sides as to exactly what that means.

Let’s face it, corporate IT is not exactly the first department that comes to mind when thinking of innovation, let alone transformation. Corporate IT departments in enterprises across the globe are suffering from a bit of an identity crisis, aggravated by the economic downturn. The lines continue to blur between where a business process ends and where information technology begins. To make matters worse, because IT is usually not a direct revenue generator, it’s where all eyes turn every time cost control is mentioned.

So, with a growing and unprecedented number of initiatives on deck this year, how should IT go about defining itself to the business during this “transformational” year?

The Fable of a King

There’s an old story about a king who wanted to understand all there was to know about economics. His economic advisers went off to write down everything they knew on the subject, returning with 87 volumes of 600 pages each.

“That’s too much to comprehend,” the king complained, and he asked them to make it more concise. Four more times they tried, and four more times they were asked for even more brevity. Eventually, the economic advisers began to die off.

Finally, the sole surviving adviser came back to the king and told him that he could explain the entire subject of economics in one sentence.

“There is no such thing as a free lunch.”

There it was. All of the complexities and depth of a topic as rich as economics summed up in nine simple words.

Research done by Harvard Business School not too long ago pointed out that the top enterprises in the world routinely get about a 40% return on their IT investment. Do you think these companies are having trouble understanding the alignment between IT and how it supports the front-line business? Do you think these corporations know how to be transformational?

So what do these enterprises see as the benefit of tight IT alignment? Several key points have come out of the study.

The first is the need to clarify the business strategy and the role that IT plays in achieving it. It is critical not only for the business to understand, at least at an elementary level, information technology, but for IT to understand how the business operates.

The second is the importance of measuring and managing what you spend on IT. If you don’t understand what you’re buying, then how do you know if it is too little or too much for what you are getting in return?

The third is the necessity of assigning business accountability for making the changes required to support an IT initiative. This is the most critical of all. Large IT projects fail when they lack a business sponsor to help spearhead the adoption. Without a business sponsor, IT is perceived as foisting something on the business that it doesn’t even believe it needs.

One CIO of a large enterprise once quipped, “I can make a project fail, but I can’t make it succeed. For that, I need my business colleagues.” And he was right. IT exists as a tool to enable the business. All too often, IT goes wrong because it starts to see itself as the “tip of the spear,” with the business stakeholders there simply to follow (and sometimes to get in the way).

Can 9 Words Define IT?

What if we were advisers trying to explain IT to the king? “I want to know how IT supports transformation in the kingdom,” he’d say, and we would come back with – not books – but complicated presentation slide decks attempting to show how intricate IT is and what all of its capabilities and potentials are.

The king would not be impressed.

“Try to make it little easier to for me to understand,” the king would command.

We would trudge through several more rounds of trying to make our message more succinct. Our team wouldn’t dwindle from death, however. Instead, team members would accept better jobs in other kingdoms, because while this effort dragged on, the economy would start to take off again.

After many attempts at explaining IT to the king, those of us remaining would finally arrive at our own nine-word definition:

“There is no business event without an IT response.”

Notice the phrasing of those nine words: “response,” not “reaction.” A response is a perfectly anticipated reply to a business trigger.

This new mission statement for corporate IT wasn’t actually developed on the order of a king, of course. And I didn’t think of it, I’m sorry to say. I heard it in a vendor’s IT presentation, and I don’t know who originated it. I think the statement is perfect, though.

If IT can better build the bridge into the business community, if it can help lead a properly aligned portfolio of technology and projects that are tuned to what the business needs, then we can lead our companies into that elite group of high-performance corporations that routinely get 40% return on their IT investment.

And that will make the king very happy indeed.

Tom Barnett, PMP, is a freelance writer on IT management topics as well as a program director for a large Midwestern corporation. He can be reached at tom.barnett@earthlink.net. 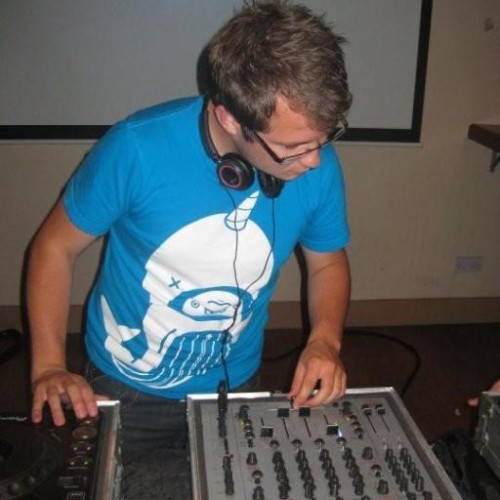