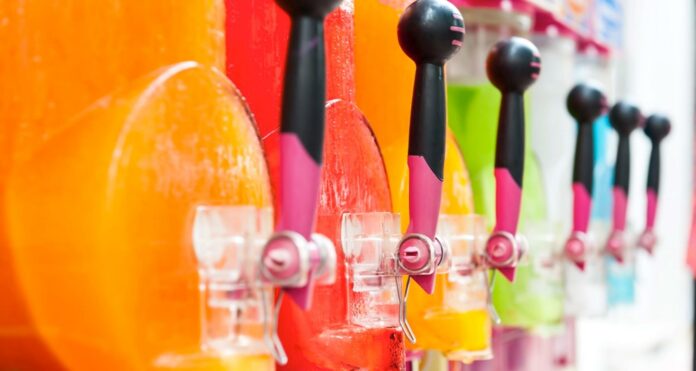 Set aside specific numbers and predictions and the consensus is there is explosive growth in connected devices, sensors and data thanks to the Internet of Things, and they will certainly be a factor in corporate competitiveness over the next five years.

“We know it’s only going to gain in momentum,” said IT World Canada CIO Jim Love, as host of the recent webinar, Intelligent Assets: Unlock Hidden Benefits for Business. And although there’s a lot of great success stories, he said, there’s still quite a number of companies that are not moving as fast as the rest of the world. “Technology is not the issue. What we are looking for is imagination to find the new and clever ways of applying this technology to advance our business to make ourselves more efficient and more competitive, and to reshape our customer experiences.”

WATCH THE ON DEMAND WEBINAR

The question is what businesses can do to leverage pervasive IoT devices to effectively compete, said Love, and how they use them to inform business decisions.

Nigel Wallis, IDC Canada’s research VP for IoT and industry research, said Canada is actually hitting a level of maturity that puts the country at essentially the halfway mark in terms of medium and large enterprise adoption, and it is, in fact, transforming businesses. “There’s no maybe. It’s a question of extent and duration.”

He said the hype cycle for IoT is peaking this year is in large part due to Moore’s Law, which says the density of processors doubles every two years, and for businesses, this means things are becoming more affordable. “You can now put digital sensors everywhere.” Wallis said this not limited to industrial applications, as the average consumer has world class sensor technology in their pockets that was impossible for them to obtain just over a decade ago, including accelerometers and gyroscopes. “We have sensors in our pockets today and we don’t even know what they do,” he said. “It’s a testament to the fact that everything can now be measured.”

In addition, said Wallis, we can send this data stream of measurements somewhere else via low-cost, high-speed networks, store it and analyze it, either immediately or at a later date. “The cost of doing it is declining per sensor every year.”

And while everyone is excited about smartphones and wearables, the real heart of IoT is going to be industrial Internet, he said. “It’s going to be in businesses and government.” The same technology that allows the smartphone app Shazam to identify a song that is playing can be used to identify the sound of an industrial pump with symptoms of mechanical failure, so that machine learning can non-invasively monitor the pumps.

“You don’t have to take the line down or stop factory production.”

IDC found the top three drivers for IoT adoption by Canadian firms is lower operational costs, business optimization and efficiency, and better customer service and support, said Wallis. The latter is exemplified by Starbucks, which has changed the logistics of its bricks and mortar stores through its mobile order app, which now accounts for seven per cent of its business. “Digital transformation and IoT mobility are combining to change consumer behaviour,” he said. “The bottom line benefits are tremendous.”

James Levy, director of strategy ad marketing for the IoT practice at TELUS, said there are a variety of reasons its customers are adopting IoT. Grocery stories, for example, are able monitor and control fridge and freezer temperatures, as well as track the lifecycle of produce. “The catalyst for that is food safety legislation and regulation.” Regulatory compliance is also driving IoT adoption in the oil and gas sector, such as monitoring pipeline pressure and temperature of the fluid going through those pipelines.

And while vehicle tracking has been around for some time, as well as package tracking, “increasingly we’re seeing technology deployed to look at things like driver behavior,” said Levy. “Regulations are requiring automated logging of the number of hours a driver spends behind the wheel.”

Ultimately, he said, there’s a measurable return on investment from IoT adoption. Railway companies are now able to more effectively and cost-efficiently monitor crossings and make sure they are operating properly. Similar, maintenance companies for Slurpee machines used to lack the ability to anticipate when a machine might fail but are now leveraging IoT to replace routine on-location inspections. Even more compelling is that they can do preventative maintenance based on weather-related data that will show hot days ahead that increase Slurpee consumption and push maintenance thresholds.

Levy said organizations getting started with IoT should look at the catalysts in their industry that are driving adoption, whether it is the competitive landscape or the regulatory requirements. “Paying attention to the business context is really important.”

Gary Hilson
Gary Hilson is a Toronto-based freelance writer who has written thousands of words for print and pixel in publications across North America. His areas of interest and expertise include software, enterprise and networking technology, memory systems, green energy, sustainable transportation, and research and education. His articles have been published by EE Times, SolarEnergy.Net, Network Computing, InformationWeek, Computing Canada, Computer Dealer News, Toronto Business Times and the Ottawa Citizen, among others.
Previous articleEntering an era of possibilities in unified communications
Next articleCIBC unveils voice commands in mobile app to simplify navigation