Building infrastructure of any kind isn’t cheap, and building communications infrastructure can be especially challenging. Yet carriers can’t afford not to build out capacity; the current COVID-19 pandemic has illustrated the importance of connectivity. Those who can’t provide it are at risk of losing customers to those who can.

Omdia (formerly Ovum Research) has noted that at the beginning of 2017, the massive capital spend on 3G and 4G rollouts abated. Instead of concentrating on building towers, carriers turned their attention to fibre and datacentres.

Why is it gold? Because Wang said, it covers 99.9 per cent of the link length for the 5G access network. And, better yet, an investment in fibre benefits the investor for more than 30 years and offers more bandwidth capacity than other current media. This isn’t just a hypothetical benefit. Wang cited two case studies illustrating how it was done.

The first came from a French operator Wang identified as Carrier S, who ran into financial trouble in 2018 but still needed to improve network quality to compete. It had an exclusive license from the local government to provide fibre to the home (FTTH) to four million subscribers. It took four steps to mitigate its financial problems. Number one, it spun off its fibre assets into a separate company that acted as a fibre wholesaler. Then it revalued those assets from 0.5 billion euros to 3.6 billion euros based on market fair value and sold 49.99 per cent of the new company’s shares to three insurance companies for 1.7 billion euros. This allowed it to get 1.8 billion euros in additional credit from a bank; money then used to expand its fibre network coverage. For the year ended December 31, 2019, the fibre wholesale service revenue hit 82.4 million euros. 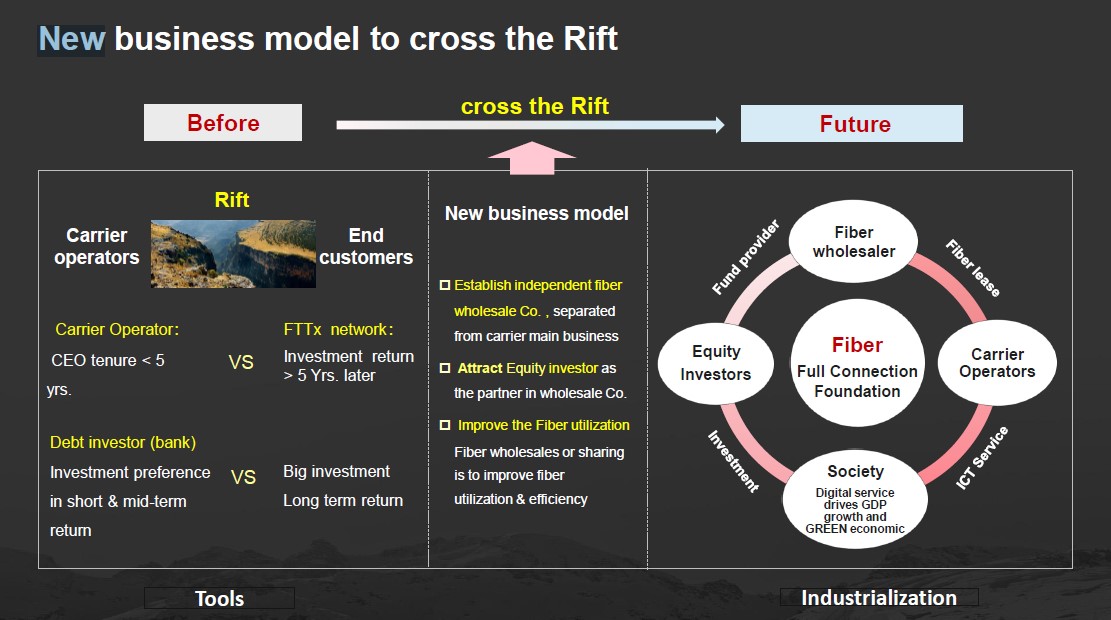 The second case came from Telefónica in Brazil. It decided on a different strategy.

In Tier One cities it owns and controls its fibre assets, but it conserves its capital by partnering with ATC in Tier Two cities. In late 2019, it announced yet a third model for cities with populations between 20,000 and 50,000: a franchise model that the company hopes will add 1 million households to its fibre footprint by 2021. Telefónica, through its local Vivo brand, will provide managerial and technical training and network management, provide access to suppliers and a central call centre, and specify network topology. At the same time, franchisees will be responsible for the infrastructure and offer sales, service, and installation.

With this model, Wang said, telcos can bridge the rift between carriers and customers and turn that fibre gold into the foundation of a strong business.

Lynn Greiner has been interpreting tech for businesses for over 20 years and has worked in the industry as well as writing about it, giving her a unique perspective into the issues companies face. She has both IT credentials and a business degree.

Telus ditches Huawei for Nokia and Ericsson for its 5G network