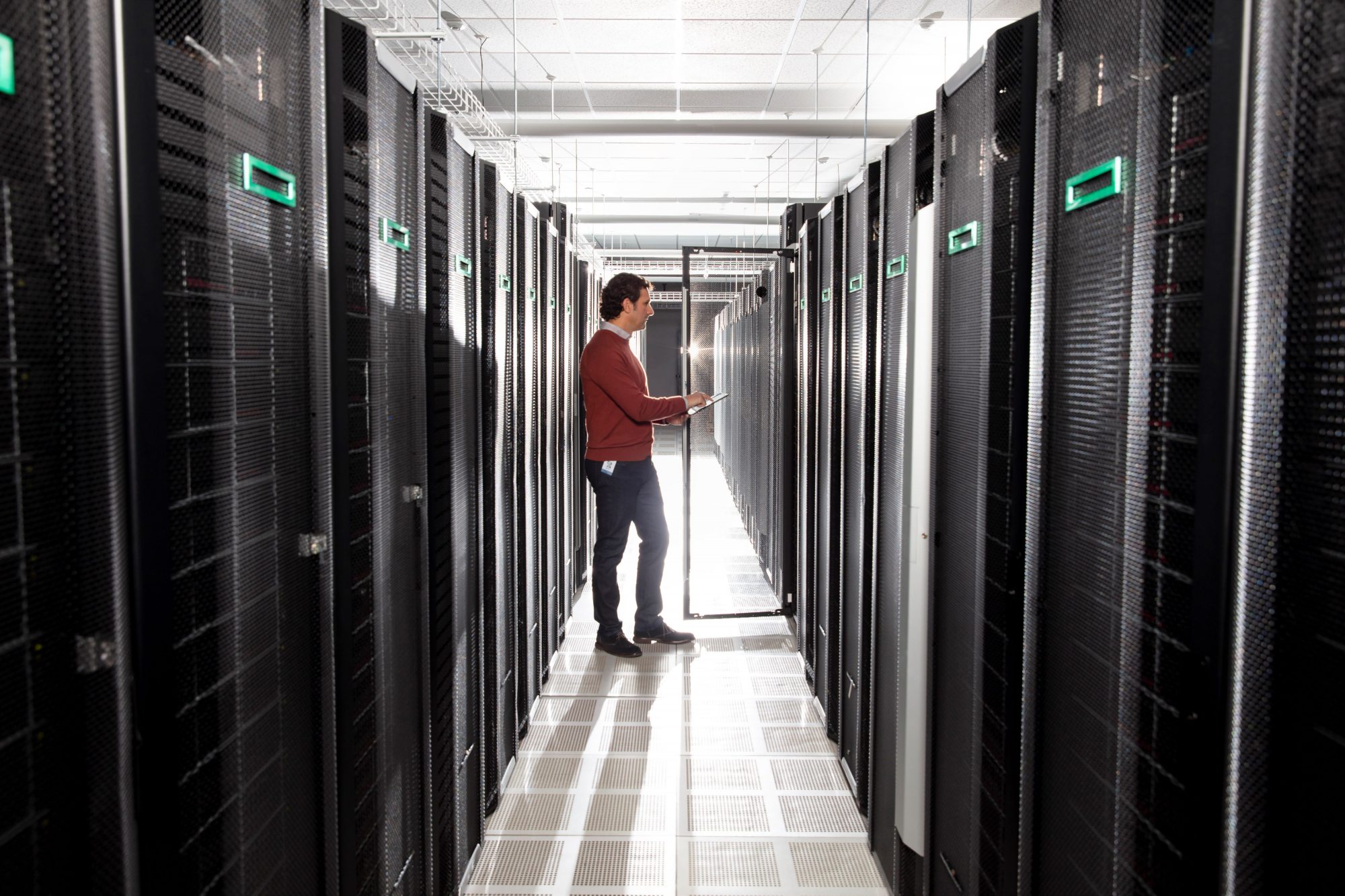 The increased use of cloud computing doesn’t mean workloads are literally moving to the clouds – unfortunately – and recent projections suggest the global data centre generator market can expect steady growth over the next several years.

Climate change was at the top of the agenda in Davos during the World Economic Forum last week, and it’s where Hewlett Packard Enterprise, together with industry leaders and universities, unveiled the Swiss Data Center Efficiency Label.

The label’s initial goal to decarbonize data centres in Switzerland and significantly reduce their overall energy consumption has quickly expanded to encompass other countries.

“We’re in discussions with the United Nations to see how we can promote it worldwide,” said Monica Gille, HPE Switzerland director of sales, who is directly involved with the project. She would be happy to introduce the label and its criteria guidelines to the Canadian market, she added.

The idea developed through conversations with the federal government, she said. The government was concerned about projections suggesting data centres were going to contribute massively to the country’s growing electricity consumption rates, some reports pointing to a 50 per cent increase. The conversation becomes more complicated, noted Gille, when trying to quantify the impact IoT and other edge devices have on that exponential growth.

The Swiss Datacentre Efficiency Association (SDEA) hopes to answer these questions and serve as a guide for any organization serious about reducing its own carbon footprint.

It’s yet to have a website, but the group is comprised of École Polytechnique Fédérale de Lausanne (EPFL), Green IT Switzerland, HPE, the Lucerne University of Applied Sciences and Arts (HSLU), the Swiss Data Centre Association (Vigiswiss) and the Swiss Telecommunications Association (ASUT).

Microsoft commits to carbon negative by 2030, among other environmental commitments

Depending on the compliance with the efficiency criteria, which includes energy flow and output measurements, recycling capabilities and other measurements, data centers can be awarded a gold, silver or bronze label.

A total of ten pilot users tested the criteria, indicated Gille. They ranged from public sector bodies to managed services providers, and after implementing these new technologies and procedures, saved up to 70 per cent of their energy. Five participants achieved the results with 100 per cent carbon-neutral energy sources, says HPE.

“It was an excellent achievement overall,” said Gille.

The new label comes shortly after the unveiling of Microsoft’s own goal to be carbon negative by 2030.

Modernizing today’s infrastructure while also building new sustainable infrastructure will be an extremely slow and expensive process, but it’s promising to see large technology manufacturers take the lead when it comes to managing their own growing footprint, Shuli Goodman, executive director at LF Energy, told the publication.

“It’s exactly what we need to see right now,” she said.

Introduced in 2018, LF Energy is a relatively new project that supports open source innovation in the energy and electricity sectors. LF Energy’s focus, according to its website, is to “accelerate the energy transition and the decarbonization of the world’s economies.”

Microsoft and HPE are tapping into a growing subset of businesses worldwide realizing the economic benefits of going green, explained Goodman.

“That’s when it actually becomes critical to the operations of a company. That’s how we begin to steer things in a different direction,
she said.