Facebook, Instagram and WhatsApp go down, Amazon says everything is fine at its warehouses, and Democratic presidential candidate Elizabeth Warren has her eyes locked on  the FCC.

Facebook, Instagram and WhatsApp have are experiencing issues, so you know what that means – international frustration! Across the world, reports have been pouring in as of this recording, including on websites like Down Detector. Users have complained about posts or photos not showing up and pages not loading correctly. The last time all three sites suffered outages, which was back in March, it lasted for several hours. We hope everyone got through this painful period.

After Amazon’s closeup on John Oliver’s latest Last Week’s Tonight episode, Amazon’s senior VP of operations Dave Clark snapped back on Twitter, saying the episode got the facts wrong about its warehouses. He touted the $15 minimum wage their employees make, as well as the “safe, quality work environment” in its facilities. While the $15 per hour wage is undeniable, Clark’s characterization of the company’s work environments is raising eyebrows online. The episode in question highlighted the break-neck pace Amazon employees are expected to sustain throughout their shift, which frequently involves them walking the length of multiple football-fields just to retrieve an item at the other end of the factory floor. The episode also highlighted how bathroom breaks are often skipped because of the pressures placed on employees to meet demand.

And lastly, trending on Reddit –  Democratic presidential candidate Elizabeth Warren is demanded that the panel that provides policy advice to the Federal Communications Commision reveal the extent of outside corporate influence on its decisions. This comes after a blog post from the Project on Government Oversight – also known as POGO – revealed that more than half of all members on the Communications Security, Reliability and Interoperability Council are employees of private companies or industry trade groups. Warren suggests this means that the FCC is working for telecom giants and not for American consumers, and turned her attention to FCC Chair Ajit Pai who she says must explain the extent of corporate influence on the panel.

That’s all the tech news that’s trending right now. Hashtag Trending is a part of the ITWC Podcast network. Add us to your Alexa Flash Briefing or your Google Home daily briefing. 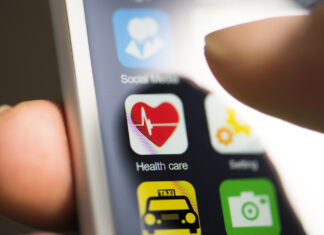