Reddit moderators stand up to vaccine misinformation on the site, Google pays up to remain Safari’s primary search engine, and the EU clamps down on crypto.

Moderators from across Reddit’s platform are sharing an open letter calling on Reddit’s admins to step up regarding the spread of COVID related misinformation. According to Forbes, moderators from across Reddit’s communities, known as “subreddits,” have demanded that Reddit do more to ban subreddits that “exist solely” to spread coronavirus disinformation. Some of Reddit’s largest communities, among which include tens of millions of subscribers, have shared the open letter, though Reddit’s team has yet to respond according to the Forbes article.

Google is set to pay Apple 15 billion dollars to remain the default search engine for Apple’s Safari browser. According to 9to5Mac.com, the payment is expected to increase even further in the years to come, with some estimates saying the pay could reach levels as high as 20 billion dollars by 2023. Apple’s decision to stick with Google as their primary search engine has caused some to voice concerns, particularly regarding privacy, however, Apple remains committed to the partnership. Apple’s senior director of global privacy Jane Horvath backed up Apple’s decision in an interview earlier this year, justifying the move given Google’s massive stake in the search engine market. Horvath also noted that Safari featured built-in support for DuckDuckGo, another popular search engine, and also featured support for smaller search engines like Ecosia.

And finally, the EU is set to make bitcoin traceable and ban anonymous crypto wallets. In an article from Thursday, Euronews reported that the EU had proposed new rules around cryptocurrency in the midst of an anti-money laundering drive. The EU’s executive branch announced the rules change on Tuesday as part of several planned reforms around financial crime within the blockchain. The biggest change in the newly proposed rules would require cryptocurrency exchanges to collect customers identifying information and would also see the EU establish an anti-money laundering authority to oversee cryptocurrencies by 2023.

That’s all the tech news that’s trending right now. Hashtag Trending is a part of the ITWC Podcast network. Add us to your Alexa Flash Briefing or your Google Home daily briefing. Make sure to sign up for our Daily IT Wire Newsletter to get all the news that matters directly in your inbox every day. Also, catch the next episode of Hashtag Tendances, our weekly Hashtag Trending episode in French, which drops every Friday at 3 pm. If you have a suggestion or tip, please drop us a line in the comments or via email. Thanks for listening, I’m Samira Balsara. 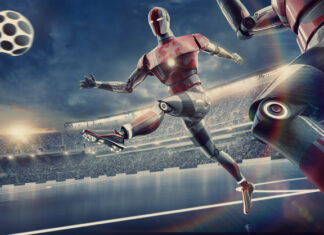