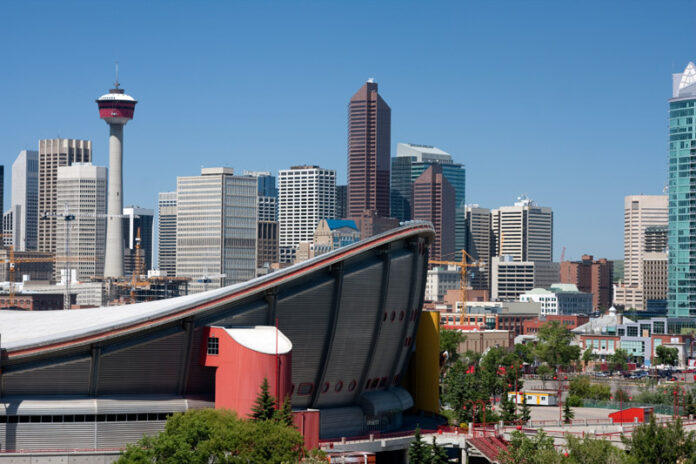 Some of the country’s biggest IT and municipal leaders have urged the Harper government to get behind a so-called smart communities strategy to encourage the spread of digital technologies.

Members of the iCanada Alliance –a group aimed at getting governments to fully employ IT for residents — met privately Monday with Industry Minister James Moore in Ottawa to ask for support within the federal digital strategy.

In an interview alliance co-founder Barry Gander made it clear the group isn’t asking for money, but “a conversation between Industry Canada and the various thought leaders we have on how we can best move forward in a consensual way to create a Canada of intelligent communities.”

“We want to government to engage with us in a path forward in the creation of smart communities.”

Around the world there are a number of cities looking to information technology as a lever to increase employment as the global economy slows. Often they start by finding ways to encourage the private sector to install fibre optic for leading-edge broadband speeds, or, they find ways to fund it themselves if local carriers aren’t interested.

While Ottawa announced what it calls its Digital 150 strategy in April, Gander said the alliance wants the governmet to know that smart communities are the next step. “The overlay on top of (Digital 150) that makes it worthwhile to Canadians is the smart communities strategy,” he said, “because that’s where you apply the services, applications, ideas and momentum-carrying community developments that bring business and invesrtment forward and make infrastructure sing and dance.”

Because no specific commitment was asked for from Ottawa, in an interview it was suggested to Gander that there’s nothing stopping municipalities and provinces could go ahead by themselves to create smart communities. “There’s nothing encouraging them, either,” he responded. “By themselves they could stagger forward, but what we need to do is get together and make this easier as a process.”

While the conversations in the session with Moore were private, he called it a “great first meeting.”

“We urge the Canadian government to help foster the creation of conditions under which national transformational benefits can be achieved at an ever increasing rate in the same way that technology change is accelerating exponentially,” the alliance said in a pre-meeting brief to Moore. “It will happen through our communities, large and small, urban, rural and remote.  After all, a Smarter Community provides a better ecosystem for business, universities, research and innovation and the growth of knowledge employment.”

“We certainly are not living up to our potential and “we” is the operative word. This is not a complaint against incumbent carriers, governments or other players but collectively it is in our interest to remedy the situation.  Our future prosperity depends on our collective ability to transform our communications ecosystem to global leadership in cost, coverage and performance standards while still recognizing everyone’s present capabilities and historic investments.”

There is a U.K, Smart Cities Forum chaired by government cabinet minister Greg Clark, the submission pointed out.

Britain has created a national 350 million pound fund, it added, where municipalities can  apply for support to create Intelligent Community Demonstrator Projects — “not pilots with a few hundred users but demonstrators with a few thousand users, to prove the benefits and encourage others to “get moving” too,” the submission said.  “Most of the funds then flow from the communities to industry to create new 21st century products and services with added strength and capabilities for global competition. The government and industry have jointly set a goal of capturing 10 per cent of this new global market. ”

In a news release issued after the meeting Moore made no commitments. “The i-CANADA Alliance has a vision closely aligned with one of our government’s key goals: to position Canada for long-term success and prosperity in the digital era,” he said. “Digital Canada 150 is our strategy for ensuring Canadians have the skills and opportunities they need for success in the global economy and our businesses have access to the digital tools they need to boost productivity, develop their companies and capture growing markets at home and abroad. I look forward to further discussions with i-CANADA in support of our shared priorities for Canada’s digital future.”

Howard Solomon
Currently a freelance writer, I'm the former editor of ITWorldCanada.com and Computing Canada. An IT journalist since 1997, I've written for several of ITWC's sister publications including ITBusiness.ca and Computer Dealer News. Before that I was a staff reporter at the Calgary Herald and the Brampton (Ont.) Daily Times. I can be reached at hsolomon [@] soloreporter.com
Previous articleAverage cost of U.S. data breach climbs to US$12.7 million: Report
Next articleInfinera to release 2U-sized optical transport platform