Canadians and Americans will have one more reason to never get a landline telephone starting on Wednesday, as Google rolls out free phone calls to its Assistant service, including Google Home units.

Google says it’s starting the roll out of support for Hands-Free Calling on Google Home in English starting this week. Users will be able to call any Canadian or U.S. phone number free of charge. French language support is coming soon, according to Google.

The calling feature will work best for businesses that have their phone numbers visible to Google’s web crawlers and contacts connected to the user’s account. Phone calls to emergency 911 services and international numbers are not supported.

At this point, only outgoing calls are supported from Google Home. To start, people receiving calls from a Google Home unit will see “unknown” on their caller ID. But Google says that by the end of the year, users will be able to link their mobile number to be displayed.

Coming soon to #GoogleHome: hands-free calling. Call businesses, friends and family in the 🇺🇸 and 🇨🇦, even if you can’t reach your 📱 #io17 pic.twitter.com/hvG6wtS9qf

Also launching in Canada is multi-user support. Already having been launched in the U.S. and accessed by some Canadian users, this feature allows up to six different individuals to be recognized based on their voices.

This enables personalization features like providing the right calendar appointments coming up, the right commute to work ETA, and the right Spotify playlist. It’s convenient for phone calls too, because users can refer to contacts like “Mom” and place a call to the right person.

Google Home users in the U.S. received access to the multi-user feature in April. Canadians curious to see if they can activate the new feature yet should look at the “Devices” section in the Google Home app, and look for a blue bar prompting for setup under their Home device.

If you’re curious about what else Google Home can do, check out our video, made before the official launch here in Canada. 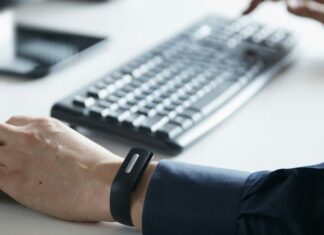 Toronto-based Nymi looks to deepen enterprise push with $15 million in...