Freedom Mobile will be first to deploy 5G, analyst predicts

Given that it’s still in the early stages of deployment, carrier plans for 5G networks are still very uncertain. ITWC spoke with Lawrence Surtees, IDC’s VP of communication research, to understand what barriers operators are currently facing.

Register for Directions 2019: DX Reinvention: The Race to the Future Enterprise

When Verizon rolled out its 5G services in April, it asked $10 extra for its existing unlimited plan customers who own a Moto Z3 with an external 5G module. Granted, its service was localized to just two U.S. cities and in limited capacities. AT&T has also rolled out its 5G (not 5G E) networks in 19 U.S. cities. Recently, its CEO Randal Stephenson forecasted that the company is looking to tier its 5G services based on speed, much like broadband home internet.

“Freedom only has maybe 4 per cent market share. So how are you going to from 4 per cent to 25 per cent?” Surtees questioned. “And I thought we’ll find the one radical thing we haven’t had anybody do yet…a [truly] unlimited data plan. There’s no way Telus or Rogers would be first to do that. There’s like a status quo between the three similar positions, and they want to hold on to what they’ve got.

“But Freedom, only things they could do to realize that strategy would be it and they have a compelling reason. When they get 5G frequencies and also be in a position to have more ubiquitous national coverage which they lack right now. And so, my view is when they get their 5G licenses and roll it out nationally, then bingo, they can go ‘okay, here’s unlimited wireless data’. They got nothing to lose and everything to gain.”

With the 5G wireless spectrum auctions, the Canadian government has provisioned a portion of the bands to smaller carriers in order to drive competition. In the 600MHz spectrum auction held last month, Freedom Mobile purchased 11 band licenses for almost $492 million. 600MHz is what’s considered as “low bands” and is primarily used for coverage, not throughput.

Consumer use cases for 5G

Unlike 4G, 5G networks require extensive infrastructure upgrades that demand much more investment from the operator. One key aspect of 5G — especially in the mmWave radio frequencies — is increasing cell site density. Surtees revealed that a sophisticated control cell site could cost millions.

To recuperate the cost, operators need widespread adoption. In order to make a strong case for 5G, presenting impactful experiences to customers is becoming increasingly important.

There are unlimited use cases for 5G in the business and enterprise sector, but a huge question mark hangs over the consumer sector: what can it bring besides speed?

Telecom manufacturers and carriers promise 5G will better the lives of everyone through transportation, automation, IoT and much more. But these scenarios are invisible to consumers. While people may see less traffic during their daily commute or more efficient disaster mitigation, they won’t necessarily correlate that to 5G.

Jean Phillipe Bouchard, IDC’s vice-president of mobility and consumer research, says that educating 5G’s benefits to consumers is a tricky business. He described a few areas where the promise of 5G may not live up to the hype.

For starters, smartphone prices will be an issue. Bouchard warns that current smartphone prices are already reaching a ceiling on what people are willing to pay. The new 5G modems are partly to blame; the initial batch of 5G devices has 5G modems that increases manufacturing cost. Smartphone companies need to decide how to migrate these cost onto the buyers — whether to charge a premium for the device itself or add it to plans.

And carriers don’t want to over-market 5G either. Emphasizing 5G is important, but even a good song loses its appeal after the 15th playback. If the only marketing ploy for adoption is speed, customers will soon tire of its repetition.

Tom Li
As an avid technology enthusiast, Tom loves to fix, break, and talk about electronics. Now he gets to writes about them. Talk about a dream career.
Previous articleHow Avengers: Endgame can teach us about quantum computing’s threat to encryption
Next articleEvaluate suppliers for cyber risk, Canadian manufacturers told 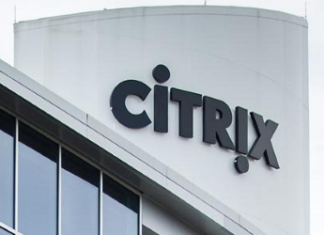