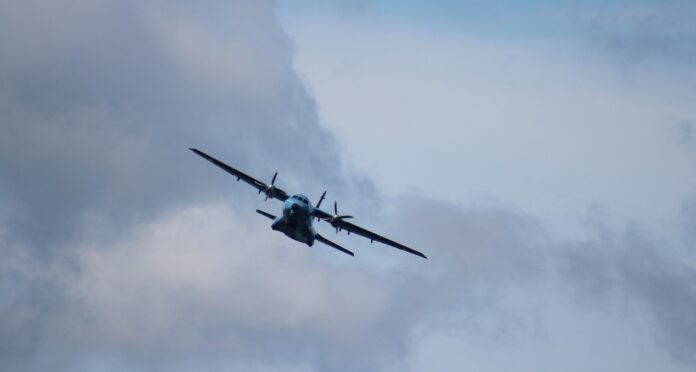 With their iconic yellow colour and rugged design, Canada’s Search and Rescue planes are some of the best known aircraft in the country. Spotting them in the air is easy; understanding the data collaboration platform that keeps them there, and knowing it was created in only six months, are very different matters.

“There’s an unseen network behind keeping those planes in the air and preparing them for challenging SAR missions,” says Jonathan Druker, Product Marketing Manager for OVHcloud, a global cloud provider with offices and a data centre in Canada. “For that network to function, there’s a great deal of work that goes into having an Internet infrastructure that enables the organizations involved to gather the data they need and share and store it securely.”

Data may seem like a minor blip on the radar of Search and Rescue (SAR) aircraft, but it informs every aspect of operations for the Royal Canadian Air Force’s new fleet of 16 fixed wing SAR planes – aircraft that are fitted with cutting edge tools, such as an L3Harris WESCAM MX-15 electro-optical and infrared (EO/IR) system, ELTA Systems surveillance radar, and Automatic Identification System (AIS).

“Canada’s Search and Rescue capacity takes a giant leap forward with aircraft of this calibre,” says Druker. “They have the latest technology to shave precious minutes from SAR operations across immense distances and in extremely tough conditions.”

As a member of the OVHcloud team charged with ensuring the successful operation of the new fleet through Canada’s Fixed Wing Search and Rescue Aircraft Replacement (FWSAR) program, Druker is well positioned to explain the challenges for a civilian contractor in building a data collaboration platform for a first-of-its-kind, private/public partnership with the Department of National Defense and Air Pro SAR, a joint venture of PAL Aerospace and Airbus Defence and Space.

“The purpose of the collaboration platform is to leverage shared, sensitive data between Canada’s Department of National Defense (DND), AirPro, and Airbus Defence and Space,” says Druker. “Obviously, there were very strict requirements.”

With security a top priority for the FWSAR program, AirPro SAR initially grappled with whether to opt for an on-premises solution or a cloud solution. Cloud seemed the natural choice, given that none of the program partners wanted to store data in someone else’s data centre, but there were two concerns: one with the security of transmitting and storing information in the cloud; and the other related to the need to store data from the SAR fleet in a physically dedicated server residing solely in Canada.

OVHcloud allayed those concerns with the offer of a hosted private cloud with a 100% dedicated hardware infrastructure. The VMware hypervisor – software that allows one host computer to create and support multiple virtual machines – is dedicated entirely to the FWSAR program and isolation is minimal, which ensures the infrastructure stability and total security of data processing. Because the mechanisms that guarantee this isolation are deployed and maintained by OVHcloud’s expert teams, AirPro SAR architects, software engineers and security experts are freed from the responsibilities of running the underlying infrastructure and can focus on the applications they need to build for their work.

“Because of the tight timeline, the Hypervisor layer had to be already installed, so VMware was the perfect solution as it reduced the time to completion of the project,” says Druker. “The integration of industry standard VMware tools also created efficiencies, not only because VMware offers rock solid network reliability and maintenance, but also because it was already familiar to the AirPro SAR team, some of whom were already certified in it.”

A further challenge was that the data had to reside in Canada, so data sovereignty weighed heavily when it came to selecting OVHcloud to provide the infrastructure for the collaboration platform. The selling point, in Druker’s estimation, was that OVHcloud could guarantee that FWSAR data would reside only in Canada and would not be subject to any extraterritorial laws, while some of their competitors could not make that promise, either for technical reasons or because it doesn’t fit with their business models.

“One of the key requirements at Air Pro SAR was to find a cloud provider who would host and manage multiple players’ data in one neutral, sovereign location, with the guarantee that this data would stay in Canada no matter what”, says Brad Elms, EIE Manager at Air Pro SAR.

From the beginning, the OVHcloud team knew they could tick all the boxes in AirPro SAR’s list of requirements, including the scalability to provision and remove resources. Building a secure data collaboration platform from scratch in six months was a stretch, but Air Pro SAR had the right people with the right backgrounds and it all came together in a hosted private cloud with 30 servers spun up and 11 different systems running on the infrastructure. Data is guaranteed to reside in Canada and VMware’s built-in performance monitoring tools take the worry out of system uptime, capacity and performance.

For Druker, it all comes down to what AirPro SAR does with all the data they have, because every hour of flying time results in the downloading of about one GB of data. “The more time these planes are up in the air, the more data they’re gathering, and the more types of data they’re gathering,” he says. “There’s peace of mind in knowing that whether it’s engine speeds, oil temperatures, radar images, or regular wear and tear, the data pulled from Canada’s new fleet of SAR planes will result in better outcomes for even the most difficult missions.”

While most Canadian citizens don’t fully comprehend the essential role played by data in ensuring better outcomes for difficult Search and Rescue missions, they do understand that a plane can’t save lives if it’s waiting on the ground for repairs. Data is more than a convenience for the new RCAF SAR planes. To borrow a line from Bette Midler, it’s the wind beneath their wings.

Why choose a Dedicated Cloud? Suzanne Robicheau
Suzanne Robicheau is a communications specialist based in Wolfville, Nova Scotia, where working remotely continues to fuel her passion for new mobile technologies -- especially on snowy days.
Previous articleDoes artificial intelligence for IT operations pay off?
Next articleCavoukian on Newfoundland cyber attack: ‘It’s appalling’

Soil mapping advances: Helping farmers one acre at a time