DevOps and better apps hold the key to brand loyalty 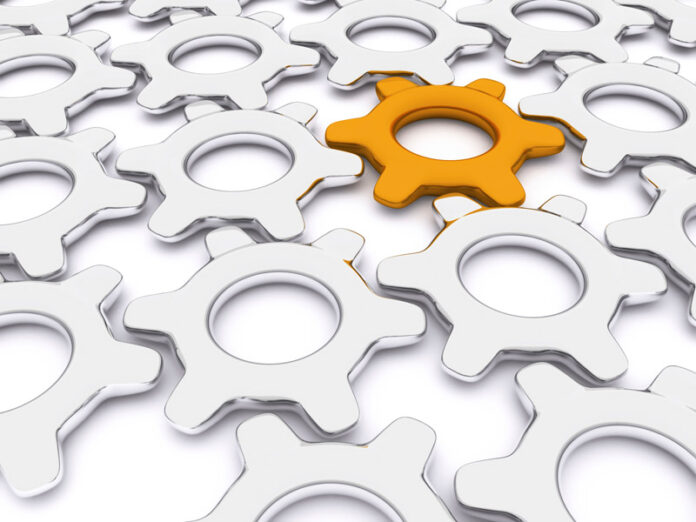 How quickly can your organization bring a mobile app from concept to ready for download? If it’s more than 90 days, you’re losing the battle for brand loyalty – and it’s time to look at DevOps.

A recent ITWC webinar – How DevOps can make you more agile and competitive – explored how adopting a DevOps approach to application development can help you win the battle for brand loyalty and gain a competitive advantage over your competitors when it comes to attracting and retaining new customers.

“I don’t think we even think about (apps) anymore,” said Love. “It’s just part of our day.”

That was echoed by Andi Mann, vice-president in the office of the CTO for CA Technologies, which sponsored the webinar.

“Messaging and email we do every hour, if not every minute. And things like banking; I haven’t been to a bank branch in years,” said Mann. “Being able to do that online using an app is just second nature.”

Some 45 per cent of Canadian consumers are using aps to make at least one financial transaction every day, and it’s not just banking. We’re shopping and even researching purchase we may make later in a traditional retail setting.

“Before getting in touch with you, they’re researching you using apps,” said Mann. “As soon as a customer looks to you to buy insurance, they’re already looking at what your brand represents in your app.”

These apps are creating a whole new economy, everywhere from retail to finance, and for consumers the advantages have been numerous. The challenge, said Mann, has been for traditional businesses, who are facing sometimes contradictory demands for both speed and quality – 94 per cent of executives say they’re facing increased pressure to release apps more quickly. And 30 per cent of users will abandon a web app after just three seconds of delay, 60 per cent in six seconds, and 10 per second after just one second.

“There’s an unprecedented need for speed; customers want it now,” said Mann. “And you can put out an app, but if it doesn’t work well users will abandon it.”

The top reasons consumers cite to abandon an app that doesn’t meet their expectations include poor security, software glitches and ease of use. If a customer doesn’t trust your app to keep their personal information secure, they’re not going to trust your brand. And while some of the users that abandon your app may later come back, many will be lost to you forever.

And while IT used to mainly serve an internal audience and have a buffer between them and the consumer, in the app economy Love said those days are gone.

“IT is now directly engaged with the customer,” said Love. “We need to become more agile, and better at what we do.”

And that’s what DevOps promises, said Mann: the ability to deliver new apps and end user experiences faster, better and cheaper. Bringing development and operations together. And they generally have different goals – development is tasked with speed, while operations is generally focused on stability. Those goals need to merge.

“Organizations that have adopted DevOps have seen significant and measurable benefits that outperform their rivals,” said Love. “The principles of DevOps resonate with those that have been in development for a long time, and bring us back to how (developers and operations) used to work more closely together.”

According to Mann, DevOps means agile development and agile operations working in parallel, and making use of automation. But be wary – while enabling automation lets you do the right things faster, it also lets you do the wrong thing faster. The two teams need to work together, and leading companies are already on the road to DevOps.

Related
Company culture is a block for DevOps, says study
SecTor 2013: A call for DevOps for more secure software

Research shows 49 per cent of leading companies are more likely to have adopted DevOps, compared to just six per cent of laggard companies. In three to five years, the figures are expected to be 99 per cent and 75 per cent, respectively.

“This tells me this is a really important way to move forward,” said Mann. “The leaders know it already, and the others are starting to realize it.”

What the leaders are finding is that DevOps can deliver 21 per cent faster time to market, 60 to 90 per cent more defects detected, a 25 to 50 per cent reduction in development schedule and a 20 per cent increase in revenue. When it comes to getting support for these projects, Mann said these are the sorts of numbers to highlight.

“It’s about talking the language of business, rather than speeds and feeds,” said Mann.

One company CA has worked with that has realized success with DevOps is Dutch bank ING. They had an app, which is pretty critical for an online only bank, but it was stalled at just one star in the app store.

“If you’ve got seven banks to choose from, you probably won’t choose the one-star company,” said Mann.

CA worked with ING to implement a DevOps approach to app design so they could begin to deliver continuous incremental improvements to the app.

“You can’t wait six months to improve when you’re losing business every day,” said Mann. “They got their app up to four stars because they were able to improve the sped of iteration of their improvements. The delivery time got down to days for improvements and the app got incrementally better each time.”

Jeff Jedras
As an assistant editor at IT World Canada, Jeff Jedras contributes primarily to CDN and ITBusiness.ca, covering the reseller channel and the small and medium-sized business space.
Previous articleSurvey: Cloud has cleared the QoS hurdle, but security is a different story
Next articleGartner reveals the cloud computing caveat to a Chromebook sales surge