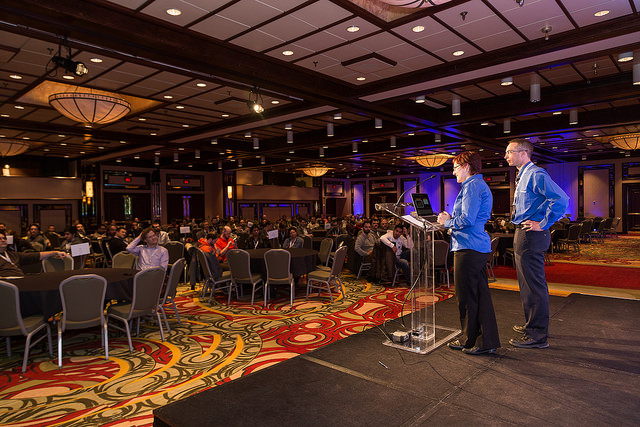 Developers will get a lesson in how to save their software projects at ConFoo, a developer conference taking place in Vancouver next month.

ConFoo is a conference for web developers organized by Anna Filina and Yann Larrivee, the founders of software consulting firm FooLab. It grew out of its predecessor, the PHP Quebec conference, which began in 2003. Traditionally held in Montreal, the event saw 650 attendees last year, and is expanding to Vancouver this year, Filina said.

One of the sessions at the conference will focus on a pet subject for Foolab: project rescue. Larrivee will focus on warning signs that indicate a project could be going off the rails.

IT projects have a habit of failing. Each year, software advisory firm the Standish Group publishes its CHAOS Report, a snapshot of success and failure in the software development world. Last year, it revealed that almost one in five projects failed to meet its ‘modern resolution’ (defined as on time and on budget, with a satisfactory result). Fifty-two per cent were categorized as ‘challenged’ and barely one in three was successful.

Eyes on the prize

One of the biggest causes of project failure is one of the simplest, warned Larrivee: a failure to focus on business objectives.

“Developers are not business people, and they can have a hard time understanding the business value of what they’re trying to accomplish,” he said. “It’s up to management to show them the value that the features are going to bring.”

Developers that aren’t thinking about business value can often become preoccupied with technology, he said. IT teams that aren’t focused on the business will sometimes choose a new technology to build a project but they don’t have enough experience with it.

“Usually that leads to bad architecture or performance issues, and sometimes it can introduce extra delays because people don’t have any experience and need more time to finish the project.”

Setting their sights too high and trying to accomplish too much with too little can also lead project managers down the wrong track, he warned. Organizations can find themselves trying to build a project for which they don’t have sufficient resources, and to which they have committed too tight a deadline.

Project managers should also be on the lookout for discordance within project teams, warned Filina. “When you start pointing fingers, then you know that something is amiss,” she said. “It’s impossible to deliver a project in that space.”

It’s up to project managers to stop negative conversations and refocus on solutions, she said. In extreme cases, it may be necessary to take negative team members aside or even to remove them, to ensure that they don’t drain productivity from the others.

The project rescue talk couldn’t be more timely; last month, BC Auditor General Carol Bellringer issued a report highlighting project failures in the provincial government, and advocating for greater oversight into the government’s IT investment, which reached $668m in 2014/15.

The BC government should monitor IT investments more effectively on a centralized basis by gathering appropriate information from broader public sector entities, it warned, adding that the Ministry of Finance should review public reporting to ensure that these investments meet legislator, government and public expectations for accountability and transparency. This oversight should monitor both capital and operating costs, it said.

ConFoo runs from December 5-7 at Vancouver’s Sheraton Wall Centre. It includes around 100 sessions, ranging from the technical (such as an introduction to Angular.js) through to the managerial, with several sessions exploring some of these project failure issues in more depth. These include How We Run Successful Web Projects, and Happy Teams Make Better Code.

Danny Bradburyhttp://www.wordherder.net
Danny Bradbury is a technology journalist with over 20 years' experience writing about security, software development, and networking.
Previous articleAre you ready for the new anti-money laundering rules?
Next articleIs government regulation the way to blunt DDoS attacks?