After four days of potholing, moving barrels across imaginary ravines and trying to map-read their way around the Herefordshire countryside, the pressure on the group of trainees was beginning to tell.

The group seemed to have got stuck in the storming stage, or that is how it seemed when one member, a local authority IT manager, tipped over a table in frustration during a particularly tense discussion and was led from the room by the course leader, an ex-SAS officer.

Courses on leadership are more popular than ever as organisations seek to equip their IT bosses with the skills to cope in an increasingly complex environment.

Personal development is about helping individuals become effective leaders able to set direction, persuade others to follow and deliver IT benefits to the business. But no matter how inventive the training courses on offer, many CIOs, like the unfortunate delegate in Herefordshire, are struggling to apply them to the practical problems of running an IT department.

When IT management organisation CIO Connect asked 28 of its blue-chip company members about the importance of training and development, all those polled said it was critical to have plans in place for both themselves and their teams. About two-thirds said that they had benefited from previous development programmes.

But the survey went on to reveal an alarming gap between these good intentions and the reality of training in these firms. Nearly half the CIOs polled did not think their existing plans were good, and 14 per cent considered them inadequate.

For CIO Connect members, the priorities for personal development were influencing boardroom colleagues and building commitment to IT across the organisation, although, worryingly, respondents did not give their own needs a high priority.

“Training is not a strength of the UK economy,” agrees Alistair Russell, development director at CIO Connect. “It is an important lever to effect change but, unfortunately, it is not always accepted as a significant one. There is an opportunity for us to do more.”

Russell runs CIO Connect’s programme for training the CIOs of the future. “Personal development only has an impact if it changes the way an organisation works,” he says. “There is no use in building a CV with qualifications just for the sake of it.”

His programme is a mixture of one-to-one coaching and group working on real problems. “Leadership is situational: you don’t get to be there by being like someone you worked with,” he says.

“Different circumstances call for different kinds of people. Talking in the abstract is only partially helpful: you also need feedback in the heat of the moment.”

Russell thinks that around five per cent of a CIO’s time should be spent thinking about how he or she is doing their job. He himself spends around an hour each week going over issues in his own working life. “At a senior level you are very pushed for time so development is about making choices about how you spend what free time you have.

“There is a difference between a one-shot course and development sustained over a period of time,” he says.

Chris White, CIO at international corporate law firm Ashurst, agrees. He is putting his team leaders through a programme called One Team, designed to foster better communication in his department. The programme involves three or four residential sessions. “Often, people come back from a session enthused but then fall back into their old ways. One Team is a way of keeping the initiative going,” he says.

The programme, which is driven by attendees, has paid off by breaking down communications barriers that had built up because the department is split between two sites. It also enabled the law firm to implement a document and email system with far less hiccups than might otherwise have been the case.

Communication skills are important to Richard Snooks. When he revamped the IT department at advertising agency WWAV Rapp Collins, he adopted the organisation’s creative approach to business. “The skill a technologist really needs to acquire is how to communicate,” he explains. “I have always been quite confident as a communicator.”

Instead of looking for technically qualified individuals, Snooks sought out bright communicators. Many of those he hired had little or no IT background, and indeed one had just gained a PhD in music.

“People coming through university on a computer science course are often least equipped to make a good contribution in the IT world,” Snooks says. “The strategy showed in the attitude that the business had to the IT function. We were seen as an integral part of the business. A lot of good IT teams are now thinking this way.”

Snooks now sets aside a day every four months or so to meet other CIOs who are members of a network that he belongs to, set up by a training firm called IT Leaders. They spend time exchanging experiences and exploring management tools and techniques. “The more senior you are in a role the more lonely it is, and the more you need people to talk to,” he says.

On a recent away-day he and his group looked at neuro-linguistic programming, a method of making emotional and behavioural changes in yourself and in other people. However, Snooks acknowledges that some employers may see personal development as a luxury. That is a mistake, he maintains, since there is always a balance to be struck between doing the job and learning how to do it better.

“Personal development is something that’s been neglected in the past,” Snooks says. “A lot of management is based on intuition, but being an effective leader is about psychology: understanding people.”

In his early days, Snooks read self-help books like Kenneth Blanchard’s The One Minute Manager, designed to help people like him improve their management skills, but he knew he needed more. “As I became more senior I realised I needed to get away from the office to get a better sense of objectivity about my work,” he says. “I wanted to discuss issues with like-minded people in a training environment.”

Today, as CIO at property investment company Capital & Regional, Snooks went out and formed relationships with his contemporaries — even those who worked for competitors. He also developed close relationships with two people in his own firm — a human resources manager and the chief executive of another division of the company who had “made considerable progress in how he communicated with people and took them along with him”.

Personal development has convinced Snooks that ‘managing by walking around’ is the best way to do things.

“It is important to make sure you spend the biggest part of your time focusing on communications, empowering others and delegating responsibility. Don’t waste your time on 150 emails. More people should be out of their chairs, moving and shaking; talking and influencing people.” 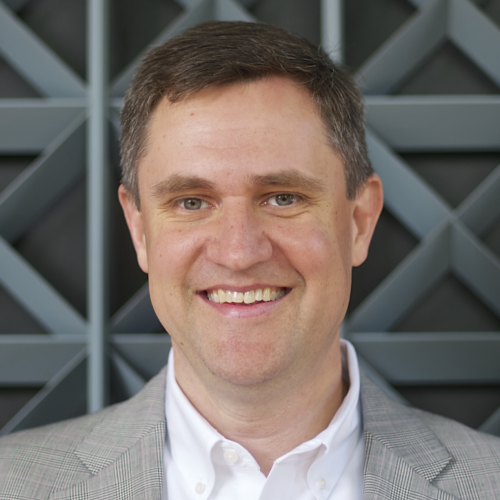