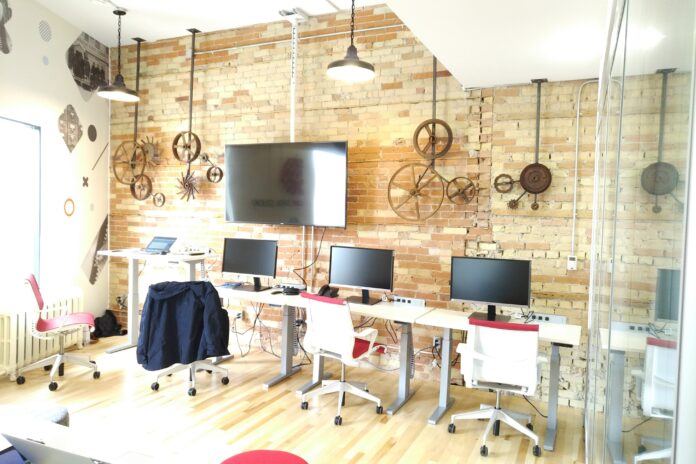 CIBC chief data officer José Ribau imagines the day his customers could talk to the bank’s mobile app to ask for a money transfer to be made, or converted into a foreign currency, and it would happen like magic.

The voice pattern could be used for authentication. Natural language processing algorithms could decode the user’s intent and translate it into actions for the app to take. Getting to that user experience won’t be easy – CIBC just introduced basic voice functions into its app – but Ribau says good data will be the key to make it possible.

“Your expectations for how you want to interact with your bank are going to change, so what do we have to do differently,” he says. “Are we going to explore those kinds of concepts using data? Yes.”

Ribau is sitting in the just-opened Communitech Data Hub, a 19,000-plus square foot collaborative space that is dedicated to unlocking the value data has to offer. CIBC is a founding partner of the space along with the City of Waterloo and Quantum Valley Investments (QVI), a fund backed by BlackBerry co-founder Mike Lazaridis. Renovated from a former police station. QVI also serves as a landlord that will lease the space to Communitech, after Ophelia Lazardis, wife to Mike,  purchased it for $3.1 million in 2013, according to the Waterloo Region Record.

The Waterloo address will be Communitech’s second building, adding to its location at Kitchener, Ont.’s Tannery building. The vision is to see enterprises, government, and startups collaborating together around data innovation. CIBC will be one of four enterprise-level firms to inhabit the hub, alongside Canada’s Open Data Exchange (ODX), and between 75-85 desks that can be rented out to startups. SkyWatch is one startup that is aggregating satellite data for better commercial access and is already set up in one of the hub’s corners, complete with a treadmill desk.

A more typical hub desk goes for $150 per month, according to Kevin Tuer, vice-president of strategic initiatives at Communitech. Companies will be limited to about 10 desks and will be interviewed to see if they’re a good fit.

“We are being fanatical about data,” Tuer explains. The hub is the culmination of three years of effort that started with a public-private partnership with satellite AIS data service company Exact Earth. The firm wanted to expand its satellite network to collect data on ship traffic. “What came out of that was the start of the realization of the power of data,” he says.

The hub is the culmination of three years of effort that started with a public-private partnership with satellite AIS data service company Exact Earth. The firm wanted to expand its satellite network to collect data on ship traffic. “What came out of that was the start of the realization of the power of data,” he says. “The value comes from the data itself.”

Related
Technicity: Honing in on business opportunities with open data

In a world that’s soon to be even more awash in data from Internet of Things devices and have more artificial intelligence agents ready to ingest it, there’s increasing opportunity in every sector to find benefits. Communitech also services as the home for ODX, which is a landing spot for initiatives involving public data stores – government or otherwise.

CIBC’s Ribau points to the opportunity to collaborate with the ODX as an opportunity. It’s adjacent to where CIBC’s team of three permanent data scientists and four rotating co-op students will be working.

“By design we’ve located next to the open data exchange so we can learn from each other,” he says. “That’s the point of this open space.”

CIBC won’t be opening up additional data to the ODX, Ribau says, but he points to its ABM location data as an example of a public data set already available.

Communitech will be bringing its unique model of collaboration to the hub, Tuer says. It will provide programming with the aim of fostering collaboration, such as “Collision days” that focus on bringing large enterprises together with startups.

CIBC didn’t disclose its investment in the hub, describing it as a “meaningful” portion. According to The Record, the City of Waterloo was being asked to approve an initial $340,000 for the Data Hub, with other grants of $190,000 for 2017 and $150,000 for 2018. But the lion’s share of funding will come from corporate sponsors, as much as $5 million from firms Communitech has identified as interested.

Negotiations with IBM Corp, the Ontario Centres of Excellence, and Ontario government were taking place last summer, The Record reported.

Tuer says a second enterprise level sponsor is all but confirmed for the space, but won’t name the prospective company.

Meanwhile, CIBC will get to work on its goals for its Data Studio. Ribau plans to run the lab with an agile methodology, dropping in multiple times a month and staying in touch with the team’s director as needed. Mostly, he wants to give the team space to dedicate to work sprints.

“We are trying to become the best bank at customer experience,” he says. “We have this great app that is evolving and what more can we do for it?”