Canada is “working hard to ensure that the 2019 elections are protected and defended against cyber threats and foreign interference,” says a spokesperson for federal Democratic Institutions.

“We continue to closely monitor and address foreign and cyber threats, including those that may affect the 2019 election,” Nicky Cayer,
press secretary to minister Karina Gould, said Thursday in a statement to ITWorldCanada.com.

Unlike the American officials, Cayer didn’t single out Russia as a prime source of mischief. “We continue to see a pervasive messaging campaign by Russia to try to weaken and divide the United States,” Director of National Intelligence Dan Coats told reporters. “Russia attempted to interfere with the last election and continues to engage in malign influence operations to this day,” added FBI Director Christopher Wray.

However, Cayer’s statement didn’t single out a particular country. She did note that a year ago the Communications Security Establishment (CSE) released a cyber threat assessment of Canada’s democratic processes. (see below) “We expect CSE to release an updated report in early 2019, in advance of the next federal election,” she added. And the proposed Election Modernization Act (Bill-76) will make it an offence for foreign states to  buy advertising during a federal election period

She also said the creation of the merged and newly-named Canadian Centre for Cyber Security will lead to better co-ordination of efforts to protect and defend democratic institutions here from cyber threats.

“We believe social media platforms also have a responsibility to help ensure the continued protection of their users – and our democratic processes – against threats like foreign interference, data breaches, hate speech, and misinformation,” she added. While some social media platforms have begun to take initial steps to address these issues, it’s clear that much more needs to be done.

In October, 2017 Facebook Canada promised an election integrity initiative, while Twitter Canada promised more transparency in showing who is buying election-related ads. Meanwhile on Monday in the U.S. Facebook said it removed a bunch of accounts and 30 pages of politically-related posts believed to have been created by foreign entities. According to CNN, Facebook said it “found evidence of some connections between these accounts” and accounts that had been run by Russian trolls in the run-up to the 2016 presidential election

Yesterday’s U.S. press conference came weeks after Trump sent conflicting messages after meeting Russian President Vladamir Putin in Helsinki. Initially when asked by a reporter if he believes U.S. intelligence agencies who have said for months Russia tried to influence the 2016 election through social media and breaching Democratic Party email servers Trump said,  “My people came to me … and said they think it’s Russia (involved in hacking). … I will say this: I don’t have any reason why it would be.”

A few days later he said what he meant to say was “I don’t have any reason why it wouldn’t be.”

Related Articles
How to attempt to influence an election: Start with a spear-phishing campaign
More on Russia, the U.S. election hacking and who to believe

The Trump-Putin meeting came just days after the U.S. Justice Department issued an indictment against 12 members of the GRU, Russia’s military intelligence division, alleging they conspired to interfere in the 2016 U.S. election, starting with the hacking and leading to a huge social media campaign.

Coats and other U.S. intel and law enforcement leaders told Congress in February of their worries. “There should be no doubt that Russia perceived that its past efforts as successful and views the 2018 U.S. midterm elections as a potential target for Russian midterm operations,” Coats testified.

For some U.S. leaders not only are there worries that nation-states or outside entities may try through hacking or social media to influence elections, but they also worry about attempts to tamper with election voting machines, which are much more widespread in there than in Canada.

Yesterday, again, the big guns were in public. “We have implemented a broad spectrum of actions to share more information across the federal government as well as with state and local governments and the public and private sector,” Coats said.

“We’re aware that Russia is not the only country that has an interest in trying to influence our domestic and political environment. We know there are others who have the capability and may be considering influence activity. As such we will continue to monitor and warn of any such efforts.” There is a U.S. inter-agency group of intelligence and cyber security experts that meets weekly to ensure security for November’s Congressional, state and local elections, Coats said. Concern goes beyond the November election “to Russia’s intent to undermine our democratic values, drive a wedge between our allies and do a number of other nefarious things.”

Asked if he was accusing “rogue Russian individuals” or “the Kremlin,” Coats said “both … Russia has used numerous ways to influence, through social media, through bots, through actors they hire, through proxies and potentially more.”

As for what he’s seen Russia doing for the this year’s elections, Coats said Russian activity has not been as robust as it was in 2016, “so far.”

“Our democracy itself is in the crosshairs,” Department of Homeland Security secretary Kirstjen Nielsen told White House reporters. FBI Director Christopher Wray said there is an inter-agency foreign influence task force “to identify and counteract the full range of foreign influence operations targeting our democratic institutions,” including cyber attacks on infrastructure and officials and spreading disinformation. Without naming countries Wray also said the task force is working with “international partners” to exchange intelligence and strategies. And the FBI has given classified briefings, including account information, to unnamed social media and tech companies to help them better monitor their platforms.

Howard Solomon
Currently a freelance writer, I'm the former editor of ITWorldCanada.com and Computing Canada. An IT journalist since 1997, I've written for several of ITWC's sister publications including ITBusiness.ca and Computer Dealer News. Before that I was a staff reporter at the Calgary Herald and the Brampton (Ont.) Daily Times. I can be reached at hsolomon [@] soloreporter.com
Previous articleHashtag Trending: Car makers exposed; Should Amazon replace libraries?; is thinner better?
Next articleCyber Security Today: Text message trouble, and another parcel courier scam 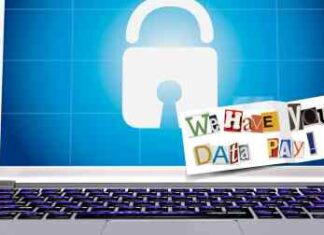