Eyeing some 23 million branch offices worldwide, Microsoft Corp. and Citrix Systems Inc. have announced a collaboration to develop a new line of branch office appliances, with the first device in the family scheduled to ship by the end of 2007.

The devices will combine Microsoft’s Internet Security and Acceleration (ISA) Server with Citrix’s upcoming WANScaler network acceleration technology. It will be based on Microsoft’s Windows Server 2003 operating system, and Citrix will also add remote management capabilities to the mix.

WANScaler will be based on technology Citrix is acquiring through its US$50 million purchase of Orbital Data. It uses a variety of techniques, including compression and TCP multi-plexing to boost data transfer rates over wide area networks.

Wes Wasson, vice-president of Citrix’s application networking group, said the unnamed appliance will give IT administrators an easy way to drop business applications into branch offices. One box will securely provide application acceleration, optimization and delivery via a Windows-based remote management interface.

“Customers can make all the decisions about where applications can live and where the application data should live entirely independent of the infrastructure,” said Wasson. “You drop this appliance in a branch office and it doesn’t matter if the application is 3,000 miles away at HQ, it’s going to perform fast.”

Bala Kasiviswanathan, a group product manager at Microsoft, said Microsoft and Citrix have set out to address four key challenges faced by the branch office today: sub-optimal application performance over the WAN link to headquarters; little or no branch IT staff; a lack of enforcement around data backup, security and regulatory compliance; and the need for the branch office to be able to function independently of the head office if the WAN link goes down.

Kasiviswanathan added that the security issue is particularly important because, with little or no IT support staff but full access to the corporate backend, branch offices can represent a significant vulnerability to the corporate network.

Wasson said both companies, already long-term partners, see a strong opportunity in the branch office market. It is here that enterprises — which have already been forced to scale back or eliminate IT staff in remote locations — are looking to both improve the IT experience of their branch staff and to retain the level of control over IT service delivery.

“(Companies) have already either pulled staff out of the branch offices or recognized that the one person there simply can’t support the kind of complexity that they have,” said Wasson. “So many customers are pulling their hair out to try to manage many different systems through different management paradigms.”

Wasson stressed that this appliance won’t enable customers to remove IT staff from their branch offices. What it will do, he said, is make the remote management burden easier, and improve application performance.

“This enables them to get past the tradeoffs,” he said. Pricing is still to be determined, but Wesson said the product line will scale to the mid-market. He added that other form factors are also under consideration, including a soft server that could be installed on existing servers.

Cindy Borovick, program director, data centre networks at market research firm IDC, said the collaboration makes a lot of sense. She noted that a number of vendors are already trying to capture the branch office opportunity. Cisco Systems’ remote branch strategy involves packaging technology in a router, while IBM Corp. also has a Branch in a Box strategy.

“A lot of that strategy is about a Linux platform or a router platform and not necessarily about a Windows platform, so I think it’s important for Microsoft to have a partner that will be deploying a Windows-based device to the branch,” said Borovick.

Jeff Jedras
As an assistant editor at IT World Canada, Jeff Jedras contributes primarily to CDN and ITBusiness.ca, covering the reseller channel and the small and medium-sized business space.
Previous articleIBM puts high-power Cell computer on sale
Next articleHow to get a job at Google 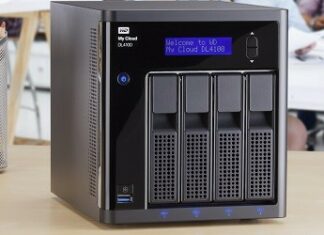