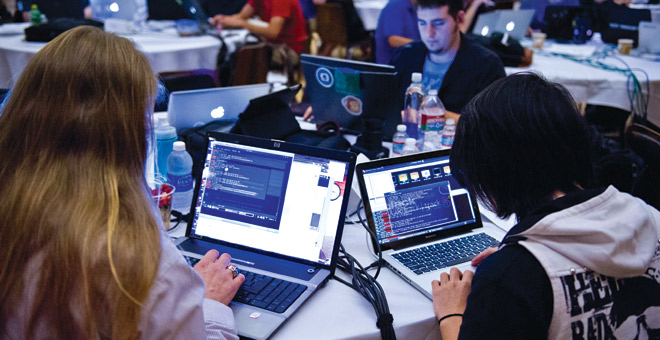 The recent PlayStation Network hack should drive home how important password policies should be for organizations, according to Blogging Idol contestant Kevin Pashuk. And the issue will only get worse, he said, as tablet and mobile computing get more pervasive in the enterprise.

“Over 290,000 users had the password ‘123456,’ he wrote, referencing a recent security breach at RockYou.com that resulted in the release of 32 million passwords. “Almost 62 thousand used the password ‘password.’”

As mobile computing takes shape in many enterprises and more smart phone and tablet apps require passwords to create accounts, CIOs will have to address the issue, he added.

“So why would I take the time and space to blog to a bunch of IT professionals about such rudimentary security issues,” Pashuk wrote. “There’s the old maxim about the Plumber’s pipes, the Mechanic’s car, etc being neglected and in disrepair since s/he was busy fixing everyone else’s problems.”

“Let’s hope they don’t start a maxim about the CIO’s network security,” he added.

Pashuk’s views were part of the third week of the ComputerWorld Canada’s Blogging Idol competition.

Blogger Hugh Chatfield also contributed to the event with a lengthy post on why he’s stayed in IT for so many years and how the industry has changed.

“Today, I sit surrounded by at least five computers, about 7 TB of online storage and tons of technical equipment – probably with more processing power that any of the previous computers I worked on,” he wrote. “It is along way from that Bendix G-15D in computing power. I now have access to the same production class software as the Coen Brothers for ‘film.’”

Blogging Idol contestant Don Sheppard took the conversation back to the tablets later in the week. The veteran blogger had doubts that the tablet device is the end game for mobile systems.

“Tablets certainly do move the yardsticks forward a lot,” he wrote. “It’s almost hard to imagine – one device that acts like a book or magazine, can be a camera, serves as a portable desk, performs like a TV, and replaces music records, tapes and CDs. All for less than $1,000. Pretty amazing, but no doubt just the start of what’s to come – perhaps called the Universal Personal Device – if only we can learn to exploit them to the fullest.”

And finally, at least one Blogging Idol hopeful came down with a case of election fever just days before Canadians go to the polls. Pashuk listed every major political party leaders’ twitter followers and let his readers draw their own conclusions.

“While there is relatively little scientific process involved, one cannot help but notice (if you really squint) a wee bit of correlation between their online Twitter presence and their current standing in the polls,” he wrote.

“Make sure you vote on Monday for the party of your choice. You can bet I’ll be back to this posting on Tuesday morning to compare the actual results and see if I have a new theory to publish,” Pashuk added.