Beyond Networking: Changing role of a CIO

A lot of people mistake the CIO to be the ‘geek”, and that’s not true. Well, not entirely true! The real planning and drive that an organization gets because of its alignment between business and IT objectives, is what the CIO is responsible for. The link between business, technology and the rate of progress for any organization, is usually what the the head of the department helps contribute to.

The Head of IT or CIO has been accepted as a key participant of the strategic decision making process throughout the developed world. Is that the same situation in Pakistan? In order to understand the answer to this question, we need a refresher on where the CIO role came from. The evolution of an IT department within a large organization in Pakistan follows a similar path from that of the west; just that it was about 20 years behind. The term IT refers to Information Technology and therefore it can be understood to mean the use of technology for business purpose. Networking on the other hand has been a domain of the communication technology.

The credit for bringing computing and communication together goes to the ARPANet of the US Department of Defense which funded an initiative to connect computers at four different university campuses. Commonly known as the Wide Area Network, the WAN changed the face of IT where businesses realized the power of connecting their geographically spread offices together. Even though the adoption of IT was already in place but it was more for advanced calculations and computations for problems like scientific equations, forecasting and planning.

So the start of IT within a business was through some specialized stand alone systems and interconnected computers. This initial set of responsibilities quickly transformed into a full fledged set of application systems, servers, storage, routers, database systems, software development, data centers and security to be owned and managed by the CIO to help and support all aspects of the business.

In Pakistan, there is very little evidence or documentation on enterprises which are truly IT centric meaning most of their core functions run through systems. It is safe to assume that most organizations have a stand alone system for some basic accounting and billing and a communication link in a LAN/WAN setting. In a climate where most processes are paper based, does a CIO have a strategic role in the planning and growth of the organization? Probably not. Therefore CIOs desirous of playing a more critical role in the growth of the business will have to come out of support and move into business driver roles.

Role of IT — Role of CIO

The primary role of IT is to support the business operation and activity. This typically involves communication support between offices, departments, partners, vendors and customers. The communication refers to both e-mail and web based communication as well as between systems and users. Apart from communication, support may include maintenance and upkeep of stand alone accounting systems. The support role is a passive role where IT is not mission critical and the organization’s core business is not totally reliant on IT systems. A CIO working in this capacity where his day-to-day tasks are not mission critical, will never get the strategic role among executive ranks.

The next level is enabling the business. The organizations that rely on IT for the functioning of their core business including sales and service are using IT above the support level and into enabling level. The strategic role of a CIO in the enabling role exists as long as the ERP or the core processing system is being developed and implemented. The successful rollout of such a system is strategic in nature and the CIO is a key figure in all conversations. However, once the system is rolled out successfully, the importance of CIO diminishes as day-to-day operation of the systems in not considered strategic. CIOs operating in this space like several banking IT heads busy with core banking implementations, or airline or telecom IT heads busy with customer service systems have the edge until the new multi-million dollar investment in hardware, software and personnel bears fruit.

Once it is deployed, the CIO is relegated back to a support role and the significance of CIO on the decision making table diminishes.

The highest level of performance and delivery for the IT department is the where IT drives the business. If IT is driving the business its strategic role will never diminish and the business will keep coming back for more and more initiatives. The difference between enabling and driving depends on who conceived the system. Enabling means that the business conceived a system that can solve their problems and IT stepped up to build that system. A business driver scenario would be where IT steps up and shows different avenues of addressing certain challenges related to cost cutting, quality improvement, product innovation and customer service. An IT department functioning at this level guarantees that the CIO is always an integral part of the strategic decision making for the organization.

The standard in CIO performance is Randall Mott who built the legendary supply-chain system at Wal-Mart. He describes good CIOs based on their allocation of time and resources. Thought leaders and forward looking CIOs committed to performing at the driver level will always allocate their time and resources as follows:

— 40% in application systems and infrastructure maintenance

— 30% in innovation for IT and business improvement

CIOs should look at their annual budgets to assess where they stand and whether they can expect to be a strategic asset to the organization.

Competitive pressure on the business is a pre-requisite for CIOs to get an opportunity to demonstrate the value to their organizations and deliver at the business driver levels. The 21st century has brought these competitive pressures in several industries within Pakistan. Banking, Telecommunications, news, media and entertainment, event management, construction and fashion industries are examples of sectors that have cropped up and gotten very competitive in the last few years. CIOs working in these industries have an opportunity to provide competitive edge to their organizations by following the Randall Mott formula. It is important to note here that CIOs moving from support role into enabling role cannot do so without the blessing of the business executives.

CIOs therefore have to make a case and develop the internal relationships to understand the pain points of other departments so they can be addressed on an ongoing basis. This case building sometimes requires the understanding of the business problem at the same level as the business and digging up of best practices and industry wide trends for solving those problems. Once the credibility is established and business executives start treating IT as a friend rather than a black hole that keeps sucking in money, the CIOs can move into a business driver role. 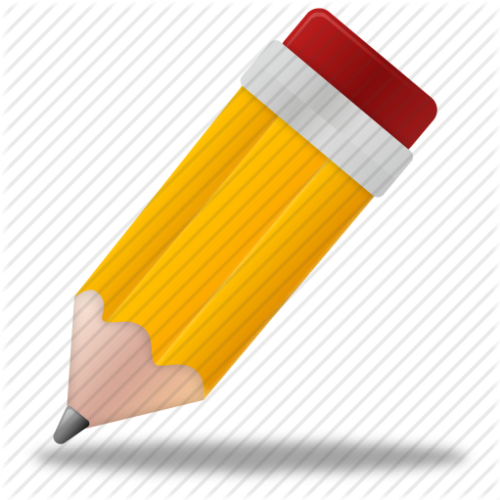