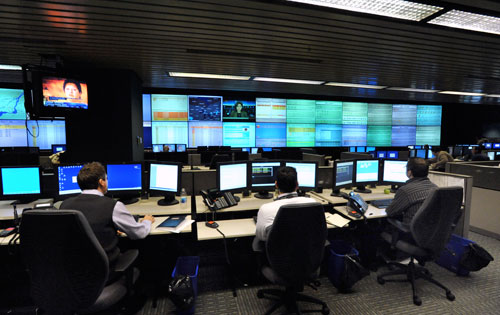 Bell says the LTE-M network will be ideal for large-scale IoT deployments such as smart metering of electricity or water, asset tracking, supply chain management, security and alarm monitoring, and personable wearables for healthcare purposes. It enables very low power consumption while also providing better coverage in underground and other hard to reach locations.

The LTE-M network is a software upgrade that Bell will be making to its current LTE network, supported by the same towers and backhaul infrastructure, says Michael Widner, director of product management, for Bell Mobility. The network sets aside 1.4 MHz of spectrum that gives priority to devices using the LTE-M protocol. That segment is still shared with the rest of the network, but will give IoT devices higher priority.

“It’s actually a software upgrade on our existing radio access network,” he says.

Developers creating IoT solutions will benefit from LTE-M in several ways, Widner says. First off the LTE-M modules used to connect an IoT device to the network are cheaper, only about 20 per cent of the cost of LTE modules. Also, the devices will see longer battery life when using the LTE-M network and see a more reliable signal if located underground.

“That processing that an IoT device does is far, far less than a smartphone, that’s the main reason the battery life is much longer,” he says. “There’s a number of power saving modes included in the standard, and it’s communicating at far lower power.”

The protocol can also trade off speed for reliability with IoT devices because of the applications they are providing. So the protocol can allow for repeat transmissions to receive any packets lost in the original transmission. Bell’s LTE-M protocol will the the same standard as is being used across North America, Widner says, supported by U.S. carriers such as AT&T. So developers can create a connectivity solution that will be ready to deploy across the continent.

Bell worked with development partner BeWhere Inc., an industrial IoT solutions firm that focuses on tracking real-time information on movable assets. For example, its asset tracking and monitoring applications for Emergency Management Service (EMS) provides paramedics and other EMS personnel with real-time location of emergency equipment. The company plans to use Bell’s new network to support its new beacon and cloud-based applications.

There’s no specific timeline for when the rollout will begin in 2018, but Widner expects that by the end of 2018 Bell will have LTE-M live across its entire network. The rollout may be started in the densest regions of population first, Widner says. That’s in line with Bell’s past strategy for network rollouts.

While exact pricing details haven’t been released, Widner points to Bell’s current subscription plans for IoT connectivity as the model to expect.

Brian Jacksonhttp://www.itbusiness.ca/
Former editorial director of IT World Canada. Current research director at Info-Tech
Previous articleGoogle Home will be available in Canada at the end of June
Next articleAWS launches Direct Connect location in Toronto