Two leading women technology executives were recognized May 17  for their roles in expanding the frontiers of Canada’s technology industry. 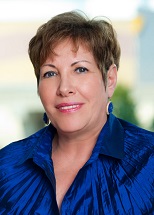 Fawn Annan, president of IT World Canada and Cindy Gordon, CEO and founder of SalesChoice, were presented the Sara Kirke Award for Entrepreneurship and Innovation during the Canadian Advanced Technology Alliance (CATA) Innovation Gala.

The prestigious award is presented to women who have shown outstanding entrepreneurship, as well as technological innovation and leadership.

During the awards ceremony, Annan, head of the nation’s largest content house serving the technology industry, was praised for her relentless commitment to improving Canada’s innovation environment.

“Fawn is a positive role model for women who continually demonstrates that with drive and passion, there are no problems that can’t be overcome – even in situations where traditionally women have not been able to demonstrate strength,” said CATA CEO John Reid.

Gordon was lauded as a business leader, a high energy community volunteer, and advocate for advancing the stature of technology industries in Canada. She has mentored women from coast to coast, inspiring them to pursue careers in STEM.

“Her organization of a successful lobby campaign to legalize equity crowdfunding brought together hundreds of experts together to change the legislation in Canada,” said Reid. “But that is but one her accomplishments. Cindy brings leadership, insight and strategic thinking into play in all of her initiatives.”

Sara Kirke is considered by many to be North America’s first entrepreneur. Sara Kirke arrived in Newfoundland in 1638 with her husband David Kirke, who was soon recalled to England. Sara, however, continued to reside in Avalon, and conducted business as usual from the Pool Plantation. Lady Kirke managed the affairs at the Pool Plantation and became one of the most successful merchants on the English Shore — and was almost certainly North America’s first and foremost woman entrepreneur.

“Winning the Sara Kirke Award is a legacy moment in my career as a technology leader and innovator,” said Gordon after the ceremony. “I am honoured to be walking in the footsteps of entrepreneurial women who have paved the pathways before me.”

Work to be done

However, with less than one per cent of technology companies having a female board director, and less than three per cent of venture capital going to projects headed by women, there is still lots of work to be done, she said.

Annan echoed the sentiment “As a woman entrepreneur in the communications industry specializing in technology, I am thrilled to be a recipient of the Sara Kirke Award. I will take advantage of the honour by further advocating executive parity at all levels of the Canadian business landscape.”

Although there are an increasing number of role models for women in business, she said shattering the glass ceiling in the boardrooms ceiling of FP1000 companies is critical.

Gordon received the award from Stephen McIntyre, partner, E&Y. Gordon is CEO and founder of SalesChoice, a cognitive sciences AI-based sales analytics platform and data sciences company. She is recognized internationally for her innovation thought leadership with over 14 books in the market. She has an extensive community track record and is a Board Director /Advisor with  Corent Technology, TouchTV, Kula and CoursePeer. She is also a recipient of the Governor’s General Award for Innovation.

Annan received her award from Mike Taylor, vice-president, end user services, global technology infrastructure, Royal Bank of Canada. Annan is the president and CMO of IT World Canada. She is a recipient of the Queen Elizabeth’s Diamond Jubilee Award in recognition of her significant contributions that have aided the progress of society and civilization, throughout the Commonwealth.

Steve Proctorhttp://www.itworldcanada.com
Steve is Vice-President Marketing and Communication with ITWC. He spent 25 years in progressively senior positions as a journalist and editor with the Halifax Herald, with his final ten years as Business Editor. He has published two books and his freelance articles have appeared in national and regional magazines. He has led social media and communication efforts for two crowdfunding ventures and written and directed numerous dinner theatres for charitable endeavours.
Previous articleSAP Leonardo reinvents the digital innovation system
Next articleFederal privacy commissioner to initiate investigations, not just wait for complaints

This is the biggest concern for Canadian IT leaders now

Cyber Security Today, Oct, 18, 2021 – Ransomware payments may have totalled hundreds of millions in US, and more

ICT skills shortage set to worsen as pipeline slows down and...