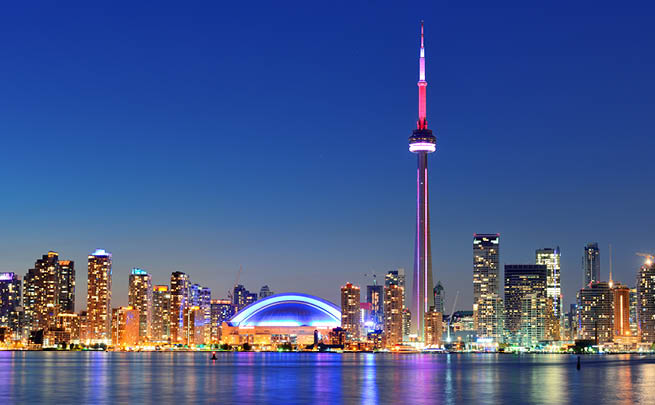 Is Canada really in a leadership role?

With this conference being held in Canada, many expected to hear a shout-out to the local audience. There were the obligatory skyline pictures and references to the Toronto Raptors, but the keynote went much deeper.

For those of us accustomed to hearing that Canada is always behind, it was refreshing. Chris Howard, distinguished research vice president at Gartner, used his keynote address to highlight a number of points where Canada is in a global leadership role, including research, AI start-ups, and policy development.

For the sceptics in the audience, Howard backed it up with some key examples. He pointed to PIPEDA as evidence of Canada’s global leadership in another key area — privacy. PIPEDA contains the principle that “once an organization collects data, that organization is accountable and responsible for its protection.”

Howard also challenged the traditional view that Canada is not progressing quickly enough in the area of AI. The Treasury Board, he pointed out, had done some leadership work in “ethical AI” — an area that is critical to adoption. He further noted that Canada had used its recent position as chair on the G7 to develop a partnership with France in the area of ethical AI.

Howard addressed the concerns about the impact of AI directly, giving examples of how AI is not replacing people but, to use Gartner’s term, “augmenting the abilities of people” and “freeing them to be more human.” Howard offered a personal example, talking about his recent bout with non-Hodgkin’s lymphoma. The “grueling month” it took for his cancer to be diagnosed was precious time that he missed in the treatment particularly important in this aggressive form of cancer. Howard’s diagnosis was eventually and fortunately made by a specialist, but only after weeks of other tests and treatments, which failed to identify the real cause of his symptoms. Now cancer-free, he wondered aloud if there would be a time in the future where not using AI would be considered malpractice.

Howard and the other analysts featured in the keynote address advised companies to not only “lose the jargon” and speak in plain language but also to practice what they preach. Howard issued a straightforward challenge to the audience about their need to address their legacy systems and technical debt. “If you aren’t addressing technical debt,” he said, “you might as well leave right now. Nothing we say in the next few days will make sense.”

Another of the analysts, Catherine Lord, showed a word salad that purported to be a “mission statement” for a digital transformation. In a bit of a mea culpa, she noted that companies might have gotten some of that jargon from industry analysts.

Continuous Modernization – Organizations must focus on modernizing their core and moving towards continuous modernization. Without moving the core systems to a more agile and open structure, the rest is simply not possible. This will require investment and some new thinking from the executive level. Lord urged the crowd to not fall back on traditional approaches of charts, acronyms, detailed spreadsheets, and project plans. “This will fail,” she said clearly. Instead, she urged IT leadership to find allies in the business to make the case for funding the necessary changes to infrastructure that will position the company to provide the type of business growth and customer experience necessary to survive and thrive in the hyper-competitive digital economy of the future. Again, refreshing to hear, she provided examples of Canadian companies that had succeeded in replacing their legacy core in a surprisingly short period of time given the challenges involved.

Augmented Intelligence – While referred to as the next logical step beyond artificial intelligence, augmented intelligence could also be seen as a much more pragmatic approach, marking the move of AI along the “hype curve” towards harnessing its ability to generate real value not by replacing workers but by enhancing their ability and productivity.

Gartner’s recent survey showed that 30 per cent of Canadian CIOs have implemented or plan to deploy AI in the next 12 months — an encouraging statistic for those who fear Canada is falling behind in this key area. The advice to the audience was to continue this without the hype or fear that holds back AI’s progress. “Putting workers side by side with artificial intelligence systems, processes and robotics allows for those jobs to be more impactful,” Howard said. “Companies adopting AI today often let workers keep their jobs, albeit in a new form, even making those jobs more meaningful and rewarding.”

Digital Product Management – To those of us who have struggled with the hidden knowledge that current project management tools and approaches are not reflections of the real world, the idea of moving from project to product management is a concept whose time has truly come. This is not just a renaming of old approaches, and it doesn’t only affect IT. “Digital product management isn’t just a different way of doing IT, it’s a different way of doing business,” according to Hun LeHong, distinguished research vice president at Gartner. For the agile enthusiasts, LeHong’s idea is that “products launched quickly, with continuous updates (that) match customers’ needs, are at the heart of this approach.” But once again, enterprises have to modernize their core systems to provide a foundation for product delivery. Restful interfaces and APIs can help. One of the marvellous things about the cloud era is that you don’t have to do everything yourself.

One of the great examples of this was CIBC. Banks are notorious for the amount of legacy infrastructures they must cope with. But by leveraging APIs and interfaces, CIBC was able to build a small business offering that included a host of services developed not by them but by best-of-breed partners. It was a real demonstration of how — as we move to a product management view — for IT, the first “product” is the infrastructure itself.

Privacy – Gartner’s research claims that 73 per cent of marketing organizations are rethinking how they look at customer data, in part due to new regulations. With that, and the issues of security that are so prevalent, Howard stressed it’s time to really address this and put in the types of controls and programs to detect and promptly report breaches. For those who have read and absorbed the new PIPEDA legislation, this may be why Howard claims that Canadians have a leadership edge. Where European legislation focuses on the mechanics and compliance, the new PIPEDA focuses on the reality that breaches will continue to occur. It focuses on ensuring breaches are logged, reported and — most importantly — that the company can justify the steps it has taken to protect data to regulators and to its customers.

Culture – But of all the refreshingly frank discussion, the best may have come from Gartner’s research vice president Mary Mesaglio. In response to Gartner’s recent survey, which found that 44 per cent of CIOs say culture is their biggest barrier, Mesaglio pointed out that this was “true and totally useless.” When organizations are talking about transforming, says Mesaglio, the “first rule of culture changes is to know what you are trying to change into.” Avoid the word salad messaging and “use real words to describe what you want to be when you grow up,” she advised the group.

While Mesaglio agreed that that culture change is hard work, she urged the group to focus on what she termed “culture hacks.” Culture hacks are small but powerful actions that work to transform the culture of an organization. She gave three examples of ways in which leaders, even in large monolithic cultures, can make a difference. In one case, a furniture manufacturer’s head of customer experience set a timer and, when after 15 minutes no one had mentioned a customer, he simply got up and walked out. It made a powerful statement, and changed the nature of future meetings.

Closer to home, and regarding a perhaps even more monolithic culture, Mesaglio talked about how Julie Leese at Transport Canada tried to get her staff to not only adopt more open source ideas but to actually post their code to GitHub. When asking proved useless, she offered free pizza to teams that posted their code and got almost instant results. Another government example talked about how Alex Benay had used pictures versus wordy PowerPoint slides to keep updates from becoming exercises in micro-management, or how he had used short phrases like “open by default” to deliver guidance to staff.

Dealing with a real world that is constantly changing

Having attended a number of these types of events, it’s refreshing to see not only a Canadian perspective but also an intensely practical one. We are looking forward to focusing on steps we can take on a day-to-day basis to deal with the overwhelming pace and volume of change. If that happens, Gartner’s first large Canadian Expo could be one more place for Canada to take a leadership role.

ITWC will continue to report directly from the Syposium/Xpo with additional reporting from Alex Coop and including including a panel with our own President and CEO Fawn Annan.

Jim Lovehttp://www.changethegame.ca
I've been in IT and business for over 30 years. I worked my way up, literally from the mail room and I've done every job from mail clerk to CEO. Today I'm CIO and Chief Digital Officer of IT World Canada - Canada's leader in ICT publishing and digital marketing.
Previous articleOverall Canadian IT spending is down, but software and AI spending is going up – way up, says Gartner
Next articleIndustry leaders explore the challenges and potential benefits of 5G